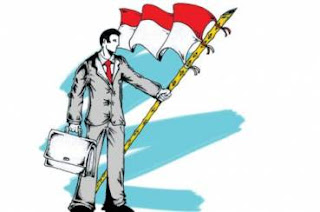 Almost 20 years ago, leaders of the Asia Pacific met in Bogor to ‘chart the future course of our economic cooperation, which will enhance the prospects of an accelerated, balanced and equitable economic growth not only in the Asia-Pacific region, but throughout the world’
In October 2013, APEC leaders will again meet in Indonesia, Southeast Asia’s largest economy. So how far has APEC come in achieving its goals and what more needs to be done?
The headline achievements are impressive. To note just one, incomes in the region have more than doubled since 1994 from an average of US$10 000 to more than US$23 000.
But to build on those achievements, APEC needs to focus on economic inclusion, skills and infrastructure, and improving the access of small business to international markets.
The journey to where we are today has not been easy. The region has been buffeted by economic crises, first in 1997–98 and then in 2008–09. The latest crisis is not yet over, and a number of APEC members recently enacted stimulus measures to kick-start growth.
These domestic measures have had some unintended international consequences. As capital flows into Asia the risk of asset bubbles and excessive credit expansion is increasing, and there is talk of ‘currency wars’ and competitive devaluations. But this gloomy rhetoric is simplistic.
At the outset of the crisis many feared a descent into beggar-thy-neighbour policies but, through the actions of the G20 and APEC, Asia largely avoided protectionism. Still, the danger has not passed. Nationalist sentiments are rising, and we need more cooperation and understanding. APEC’s role is to bring a diverse community together.
At first glance, the forum appears to be doing its job. The ASEAN Regional Comprehensive Economic Partnership will consolidate the ASEAN+1 agreements into a single area and the Trans-Pacific Partnership hopes to build on the Pacific 4 agreement.
The problem is that these massive trade groups, while constituting potential building blocks to multilateralism, can make outsiders feel excluded. Exclusive trade pacts can be dangerous, and APEC, with its spirit of inclusiveness and openness, should ensure that no economy is left out.
Strong headline growth in Asian countries has masked a dirty secret — income disparities have been growing both among and within regional economies. APEC leaders have long talked of the need for growth to be equitable — in Bogor in 1994, in 2009 in Singapore with a call to ‘foster inclusive growth’, and in Yokohama where inclusion was a key dimension of the ‘APEC Growth Strategy’.

One way for APEC economies to foster inclusive growth is to provide their citizens with the skills to participate in the global economy. While some economies have done particularly well in increasing tertiary education participation, for example in South Korea where the ratio has increased from 35 per cent to almost universal enrolment since 1994, others lag behind.
Education enrolment rates are not a universal panacea, as high unemployment rates among recent graduates in parts of Europe demonstrate. There must be an emphasis on flexibility and resilience. APEC’s educational institutions and businesses need to work together to develop graduates’ skills according to businesses’ needs. Closer cooperation will require a change in culture in both business and education providers.
But even if people possess the skills to compete, they cannot do so if they are not connected to the market. APEC’s people and businesses — large and small — must be able to connect to places where opportunities exist. The only way to facilitate that is to invest in infrastructure.
Much of this would be in transportation but a critical part of the creative economy is access to information. The number of people with access to the internet varies tremendously in the region, from 2 in every 100 in PNG to 84 in every 100 in South Korea.
Finally, APEC must ensure that its businesses reap the opportunities that lie ahead. Multinational corporations account for 70 per cent of global trade. That means small and medium enterprises, which account for 90 per cent of all businesses, are missing out.
The emergence of global supply chains opens up opportunities for small and medium enterprises to participate, but they face a distinct set of problems going global. Trade rules and compliance costs disproportionately affect smaller businesses, and their access to finance and information about overseas markets is limited.
A focus on these three areas — education, infrastructure and barriers to participation — would help APEC achieve its goals of equitable and inclusive growth. Calls for addressing inequality should not be misconstrued as calls for the redistribution of wealth — that has already been tried and failed. Making growth equitable and inclusive are essential to the region’s goal of community building — a goal in which we share a sense of common destiny and purpose.

Jusuf Wanandi is co-chair of the Pacific Economic Cooperation Council and vice-chair of the Board of Trustees at the Centre for Strategic and International Studies, Jakarta.
Tan Khee Giap is the chair of the SINCPEC and co-director of the Asian Competitiveness Institute (Singapore) at the Lee Kuan Yew School of Public Policy, National University of Singapore.
A version of this article first appeared in the Jakarta Post