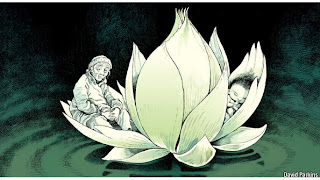 The Indonesian government hopes to implement one of the largest ever examples of "compulsory licensing," which will enable the generic manufacture of drugs still under patent. Advocates of the move say the reduced drug costs achieved through compulsory licensing have been instrumental in reducing HIV mortality rates in Indonesia.

The latest use of compulsory licensing - Indonesia's third to date - will allow the government to expand its access to the second-line ARVs, he said, including tenofovir, emtricitabine, and lopinavir/ritonavir.

"Urgent need"
In this latest move, a September 2012 presidential decree announced the government would procure generic equivalents of the international patents for seven HIV/AIDS and hepatitis B medicines, citing the "urgent need" to control these diseases.

"The implementation of the third compulsory licensing depends on the capability/readiness of the manufacturer [Kimia Farma]. I estimate efavirenz [another HIV medication on the list] will be available in the next three to six months. For other drugs, [we] will need more time," Djauzi said.

According to UNAIDS, an estimated 380,000 people are living with HIV/AIDS in Indonesia. The number may not appear alarming considering that Indonesia is a developing country with nearly 250 million people, but the prevalence rate is now 25 percent higher than it was a decade ago.

The spread of HIV is attributed to low condom use and epidemic-level infection rates - 36.4 percent - among injecting drug users, experts say.

The cost of normal treatment is around US$90 per person per month, Usep Solehudin, who coordinates free distribution of ARVs for some 120 patients at a clinic in Jakarta called Yayasan Pelita Ilmu (YPI), told IRIN. This is beyond the means of most of his patients, whose incomes are generally $100 to $200 per month.

"The patients would not otherwise be able to buy it [the ARVs] because they cannot afford it," he said. "They would just ignore their health."

The number of Indonesians receiving ARVs has quadrupled since 2008, to 30,000 today, and the government is looking to maintain this rate of expansion, said Cho Kah Sin, country director of UNAIDS in Indonesia.

The latest government license focuses on second-line ARVs, which are prescribed to patients who have developed resistance to first-line treatment. Resistance in a population tends to develop within several years of a drug's introduction. The government is therefore expecting that increasing numbers of Indonesians with HIV will require second-line treatment, said Cho Kah Sin.

"Systematic issuance of compulsory licenses sets a negative precedent and can reduce the incentive to invest in the research and development of new medicines that address unmet medical needs," said Andrew Jenner, director of innovation, intellectual property and trade at the Switzerland-based International Federation of Pharmaceutical Manufacturers and Associations, in a written statement to IRIN.

"We believe that negotiated approaches, such as tiered pricing and voluntary licensing, are generally more effective and sustainable, both medically and economically," said Jenner, whose organization represents four pharmaceutical companies whose medicines are to be generically replicated by Indonesia. Tiered pricing is the practice of setting different prices for different markets.

Others studies, however, argue there is no empirical evidence that patents increase innovation and productivity. Peter Maybarduk, who directs the Global Access to Medicines Program for Public Citizen, a US-based NGO, advocates wider use of "compulsory licensing" by developing countries. "We don't think compulsory licensing should only be used in the most dire scenarios," he said.

Switzerland-based Michelle Childs, who heads the Campaign for Access to Essential Medicine for Médecins Sans Frontières, agrees: "If there is a clash between access to [essential] medicines and patent rights... the primacy of access should be promoted," she said.

Maura Linda Sitanggang, director-general of the pharmaceutical department at Indonesia's Ministry of Health, did not respond to requests for an interview.