Not made in China: Japan’s home-grown national security obsession 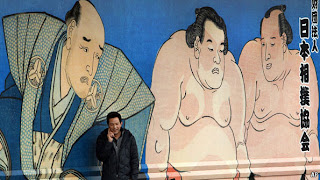 On 16 December 2012 Japan held a House of Representatives election, which catapulted the Liberal Democratic Party (LDP) back into government and Shinzo Abe back into the prime ministership

The election was notable not only because it exposed the degree of voter dissatisfaction with the incumbent government, led by the Democratic Party of Japan (DPJ), but also because of the starring role played by national security in the campaign.
Every major party took a stance on national security and made efforts to publicise it through the media. The LDP’s was the most specific (and perhaps the most daring), issuing promises ranging from increasing Japan’s military capabilities and defence budget to establishing laws to protect and revive remote islands on its borders. Individuals, too, prepared for their elections by demonstrating their interest in national security issues: Takashi Kawamura with statements about the Nanking massacre; Toru Hashimoto with a plan to jointly manage Takeshima/Dokdo; Shinzo Abe with promises to correct laws governing history textbooks; and Shintaro Ishihara with a scheme to collect donations for the purchase of three of the Senkaku/Diaoyu Islands. To the casual observer, Japan appeared almost obsessed with national security.
As soon as the election was over, Japan watchers located the origins of this obsession in a ‘shift to the right’, brought about by a confluence of factors: China, North Korea, China, economic recession, and China. The problem with this conclusion is that there is little evidence that the Japanese public has shifted to the right, or care more about national security than it did in the past. Most of the ‘security issues’ politicians are so focused on are actually damaging Japan’s ability to meet new security threats, not helping it. More problematically, a quantitative analysis of the ideological positions adopted by candidates in their election manifestos in the four elections between 1996 and 2005 show that candidates from both the LDP and the DPJ have shifted to the left and become more dovish over time, not more hawkish. So, what can explain Japan’s national security obsession, if not a shift to the right?
The focus on national security during the 2012 campaign is not new. LDP politicians started paying attention to national security in the 1996 election, reversing a four-decades-old tradition of keeping it at arm’s length. After this came new study groups formed around security issues, new commitments to the United States, new roles and capabilities for Japan’s Self-Defence Forces, new articulations of security strategy, new institutions within which to formulate this strategy, and new efforts to correct the societal-level inputs of security policy.
The sudden increase in attention to security in 1996 and these new security policies coincide almost perfectly with the rise of China and the emergence of North Korea as a nuclear threat. But looks can be deceiving. China and North Korea alone are insufficient to explain this new attention. If they were sufficient, we would have observed a spark of attention in 1994, when the first crisis with North Korea unfolded; in 1995/96, when China tested a nuclear weapon and launched a missile over the Taiwan Straits; and at other times during the post-war period when Japan was faced with new security threats. We did not. Instead, we observed LDP politicians turning a blind eye to the 1994 crisis, the 1995/96 crisis and earlier events, such as the conclusion of the Cold War, the Soviet military build-up in Northeast Asia and North Korea’s abductions of Japanese citizens.
Further evidence that the threats posed by China and North Korea are not behind the new attention is found in the fact that LDP politicians are not even focused on these new security threats. Rather, they are consumed with less-pressing security issues, such as whether or not the United States brought nuclear weapons into Japan during the Cold War, how the Second World War should be remembered in high school textbooks and how Japan should ‘resolve’ the abduction issue. Their sudden focus on the abduction issue, 25 years after it occurred, is strong evidence that concern about Japan’s national security is not driving the new attention. If it were, they would be trying to get North Korea to give up its nuclear weapons and ballistic missiles, not spending time on the abduction issue.
A shift in the electoral strategies of LDP politicians, brought about by electoral reform to the House of Representatives in 1994, is the best explanation for the new attention to security and the flurry of security-related activity. The first election held under the new system took place in 1996. The introduction of single-member districts forced LDP politicians to abandon their electoral strategies of pork for the district in favour of policies for the nation. National security became more important after 1996 not because the new security threats are worse than the ones that came before, but because competition under the new electoral rules requires politicians to take a stance on national-level issues. Any LDP politician who had done so under the old system would have lost his job.
The electoral reform also had the effect of reducing the costs of making national security policy, which facilitated the transformation in Japan’s security policy observed in recent years. The takeaway is that the electoral rules of the game matter tremendously. Under Japan’s old electoral system, it is extremely unlikely that this transformation in security policy would have occurred, and Japan wouldn’t be paying attention to national security, not for all the guns in China.
Amy L. Catalinac is Research Fellow in the School of International, Political and Strategic Studies, College of Asia and the Pacific, Australian National University. She is the author of a forthcoming book, Pork to Policy: Electoral Reform and National Security in Japan, 1958-2009.
This article was originally published in the Australia–Japan Research Centre.