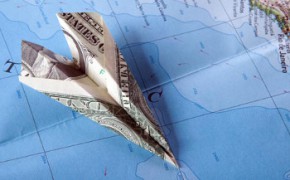 More things for voters to worry about
As the Malaysian election draw near, two worrying aspects of the country's economy are very much in evidence. They are just pointers but significant ones to a bumpy future.

This may seem a surprise to outsiders who are rightly impressed with the strength of the nation's external position - RM139 billion (US$44.36 billion) in foreign exchange reserves and a record of huge annual current account surpluses dating back to 1998. Monetary policy is restrained and inflation is low.

But signs of concern are not just to be found in data but in anecdotes of behavior. One such anecdote that recently came to light courtesy of a Vanity Fair magazine article on London property is that Malaysians have now joined the ranks of Russian oligarchs, Nigerian oil plunderers and the latest generation of Gulf sheiks in paying astronomical prices for houses and apartments in the classiest parts of London. It may be an indication that some of the country's richest citizens are voting with their money if not their feet in advance of what appears to be a very tight election.

According to estate agency Jones Lang & Wootton last year Malaysian buyers accounted for 17 percent of all buyers of new top-of-the-line central London dwellings. In other words almost as many Malaysian are buying as Britons, who accounted for only 19 percent of this market. Identifiable Malaysians figure as buyers of One Hyde Park, the most expensive new building in London overlooking Hyde Park and others probably lie behind the various anonymous offshore companies which figure as owners of most of the owners of apartments ranging in price from US$12 million to US$50 million.

It is hard to imagine that these are safe investments compared with Malaysia, given that the market is thin, the properties are often left unoccupied and that further price gains must rely on yet more flood tides of easily gotten wealth. Such floods have always been associated with commodity booms or banker banquets. London property has long been a destination for flight capital and bankers absurd bonuses, one.

But what does the Malaysian role now tell us about flight capital from an outwardly stable nation? And about the prospects for the commodity price boom of the past 10 years not coming to an unpleasant end?

That takes us away from London anecdote to actual data out of Malaysia itself. January saw Malaysia's trade surplus sink to RM3.3 billion, less than half that of the same month a year ago. Of course one should not read much into one month's figures but a downward trend evident in 2012 looks to be gaining momentum. Then total exports rose only 0.9 percent while imports rose 5.9 percent and the overall surplus fell from RM 124 billion to RM94 billion.

The worrying aspect is not imports, which need to be rising if capital spending is doing so but the trend in exports prices. Palm oil was down 27 percent, gas down 6 percent and rubber down 19 percent. These may have further to fall and continue the reversal of the huge terms of trade gains made over the previous decade.

Of itself this need not be a worry but for the other aspects of the external account. The services account has always been in the red and is no particular cause for concern. Tourism is strong and the Islamic financial sector too. The RM64 billion deficits last on combined services, transfers and investment income is growing but should be quite manageable even if the trade surplus slides further.

There are more worrying issues given the likelihood that gas and palm oil prices at least are looking at a sustained downturn as new projects come on stream globally and China's demand for resources slows as the economy shifts emphasis.

One is that direct investment outflow is now almost twice foreign direct investment - RM51 billion against RM29. Some of this is doubtless one-off as Petronas has invested heavily in foreign oil and gas projects as its own profits have boomed and Malaysian banks have been buying overseas, especially in Indonesia. But there must be questions about the likely rates of return on much of this capital.

An even bigger question is how much has been squandered in lesser known ventures, particularly by politically connected and government linked- companies with scant accountability to shareholders. Some too is likely to be flight non-Malay flight capital preferring expensive but seemingly secure assets in Australia, the US or even London to the higher returns which ought to be available in younger, faster growing Malaysia.

Recorded portfolio investment still shows a plus - inflow of RM59 billion against outflow of RM36 billion in 2012. But the country has failed to regain the favor it once had with foreign fund managers and despite its growth record and strong currency the Malaysian stock market has lagged well behind most in developing Asia and emerging market generally. The main reason given, that local individual investors are bigger players than in many other markets. is that confidence in both short-term political stability and the longer term prospects for non-bumiputras is weak.

There is nothing new about the latter which is also reflected in the "errors and omissions" in balance of payments data. This is invariably a large negative number – RMB 33 billion in 2012. Again, on its own, it is not a sign of any particular worry.

Concern then focuses not on any one factor but the convergence of negative factors. The foreign exchange position is so strong for now that it would take a Black Swan event to create any sense of crisis in the foreseeable future. But the ability of the government to sustain economic growth with large budget deficits would certainly be threatened at a time when rural incomes and palm oil and gas profits were reducing both under pressure.

Malaysia is moving from a position where it could afford massive capital outflow, perhaps even welcome it as reducing domestic inflationary pressures, to one where outflow becomes a self-reinforcing problem of the interaction of politics and economic. As it is Malaysia's strength over recent years has been more due to the commodity cycle than to the investment in people and industries that can get it out of the "middle income trap" to high income status. The money has been there but not the other inputs.

For sure Malaysia remains an attractive investment opportunity given its good infrastructure and wage and other costs which are competitive given its level of skills and facilities. But so long as its own people prefer to look overseas for political reasons the nation's promise cannot be fulfilled. Asia Sentinel