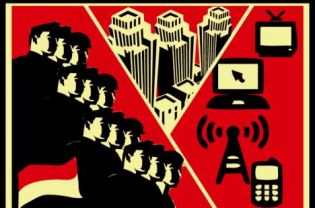 In the past few years Indonesia has seemed to be on economic autopilot
Despite slower global economic growth in 2011 and 2012 (amid the euro and US fiscal crises) and with an increasingly ineffective government and parliament consumed by high-profile cases such as the Bank Century bailout and corruption in key ministries, Indonesia managed to record 6.2 per cent GDP growth in 2012. Considering China’s economy is expected to grow by 7.8 per cent in 2012 this meant Indonesia’s growth was the second highest in the G20 last year — not bad for an economy considered Asia’s basket case only 15 years ago.
Many investors and analysts believe that it does not matter if the government cannot govern well and parliament cannot pass investor-friendly laws. As long as there is political stability Indonesia’s main economic engine, domestic consumption, which generates 65 per cent of GDP, will ensure the economy continues to grow steadily. They make this assumption even when the global economy slows and commodity prices tank, despite commodities amounting to almost 70 per cent of Indonesia’s exports.
I am increasingly concerned with the apparent complacency of many policymakers. There have been a number of unexpected changes at the leadership of policy-making institutions that may be perceived to be politically motivated. For example, I was invited by Commission XI, Indonesia’s parliamentary committee responsible for banking and finance, to give my views regarding the nomination of Finance Minister Agus Martowardojo to be the next governor of Bank Indonesia (BI). While unfortunately I could not attend the session, I advised the chairman of the commission and his deputies that, while I do not question Martowardojo’s integrity and managerial capability, if he becomes the next BI governor, President Yudhoyono’s second cabinet will have to find its third finance minister in three years.
This instability comes at a time when the government’s fiscal position is under pressure from bloated spending on energy subsidies and weak tax revenue due to lower exports. Removing a good fiscal guardian could disrupt fiscal conservatism, especially as the country approaches a general election in 2014. If global and local investor communities are mostly happy with him, why change the finance minister? If Martowardojo’s successor is another conservative fiscal technocrat there may not be an issue. But if he/she is associated with the political elite, the government’s fiscal belt could be ‘relaxed’ for what will surely be Indonesia’s most expensive election campaign ever, in 2014. Only when the next finance minister is appointed — assuming Martowardojo becomes governor of BI — will that question be answered.
On the other side, what does Martowardojo’s appointment mean for BI? It’s unclear why the BI governor has to be changed at a time when there are strong pressures on monetary policy. The rupiah exchange rate is weakening as Indonesia’s current account swung from a surplus of almost US$ 2 billion in 2011 to a massive deficit of over 24 billion in 2012. Inflation is rising as a weaker rupiah translates into higher prices for imports and steep hikes in minimum wages and electricity tariffs put pressure on domestic prices. And the government’s restriction on food imports hasn’t helped. This policy prompted the United States to take Indonesia to the WTO for unfair trade practices.
Moreover, BI’s banking regulatory powers will be transferred to the new financial regulatory super body Otoritas Jasa Keuangan (Financial Services Authority) by the end of 2013, which means BI’s sole responsibility will be monetary and exchange-rate policies. It seems a waste of talent to appoint Martowardojo, a good finance minister and former banker, to an institution that deals solely with monetary policy. There is no doubt he will perform well as BI governor, but his appointment leads to questions about why monetary policy experts within BI were not considered as alternative candidates.
BI and the Ministry of Finance are not the only institutions affected by leadership uncertainties. There are now rumours suggesting Trade Minister Gita Wirjawan may be a candidate to be the next chairman of President Yudhoyono’s Democratic Party. This is odd, considering that he has only been trade minister for less than two years. And the anti-corruption commission is investigating the leadership of the agriculture ministry for malpractices that arose from its policy restrictions on food imports.
By and large, investors and analysts have no doubt Indonesia will continue to do well in 2013 and even 2014. But that can no longer be taken for granted. Even Indonesia’s economic autopilot can be distracted by technocratic politics.
Fauzi Ichsan is Senior Economist at Standard Chartered Bank.