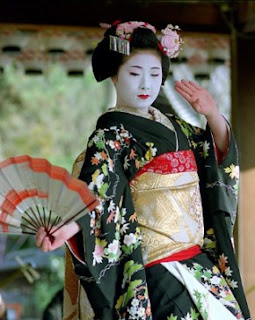 Japan’s ‘right turn’ has been in the headlines since the end of 2012
The victory of the Liberal Democratic Party (LDP) in the December 2012 national election brought the hawkish Shinzo Abe into the prime ministership, and a new ‘nationalistic’ party, the Japan Restoration Party (JRP), led by Shintaro Ishihara and Toru Hashimoto, enjoyed a surge of popularity before the election campaign. Prime Minister Abe, Ishihara and Hashimoto all employ hawkish language in relation to national security and call for a revision of the pacifist constitution. Their rise has been interpreted as a sign that Japan is becoming more conservative. But there are two problems with this analysis: first, it oversimplifies the election result, and, second, it ignores the limits on prime ministerial power in the Japanese decision-making system.
The election was conducted amid tensions between Japan and China over the Senkaku/Diaoyu islands. But the Japanese public was mainly concerned with domestic issues. Japanese people negatively evaluated the Democratic Party of Japan’s record on the economy and social welfare and decided to vote it out of office. Polls by several Japanese nationwide newspapers during the election campaign showed that voters were most concerned with the stagnating economy, social welfare, recovery from the Great Eastern Japan Earthquake, tax reform, employment policy and financial reform. National security was nowhere near the top of the list. During the election campaign, the LDP and the JRP raised the Senkaku/Diaoyu islands dispute and used hardline language to attract conservative voters, but nationalism only played a small role in the election result.
In addition, the LDP did not enjoy significant voter support . It received fewer votes in the proportionally represented constituency than in any election of the House of Representative during the 2000s, including in its defeat in 2009. Public support for the LDP before and during the election remained at around 25 per cent. Many voters abstained from voting, and those that did vote sought stability in supporting the LDP, which led post-war Japan for more than 50 years. The JRP, meanwhile, was popular in TV and mass media, but failed to obtain sufficient votes to challenge the LDP. In the end, voters understood the shallowness of the JRP’s political language and policy proposals.
The most striking aspect about the election was the low turnout of 59.32 per cent, a record low for the House of Representatives. The message from the Japanese electorate was that ‘there is no party we can elect’, so to say the LDP victory signals a Japanese ‘right turn’ seems dubious.
Second, it seems popular to suggest that Prime Minister Abe will implement a hardline or militant national security policy. But Japanese prime ministers work according to consensus decision-making inside and outside the cabinet and the Diet. Their decision-making at the policy level is strongly influenced by Japanese bureaucratic procedures and inter- and intra-party politics. Their decisions are based upon the accumulation of consensus and the weighing of interests, and they have to seriously consider lower-tier politics and people-to-people relations. This makes it rather difficult for one prime minister to unilaterally change a national security policy that has been determined by bureaucratic and political procedures.
While recent Japanese academic works point to centralised decision-making under Yasuhiro Nakasone (1982–87) and Junichiro Koizumi (2001–06) and hint at a change in the Japanese prime ministers’ role, both prime ministers were exceptional in terms of policy initiative. Whether Abe can emulate Nakasone or Koizumi is still unclear, but even Nakasone and Koizumi’s actual national security policy was different from their personal views since they too were constrained by the Japanese decision-making system.
So the prime minister’ ability to implement his personal view in national security is institutionally constrained. Of the institutions that influence Japan’s national security policy, the Ministry of Foreign Affairs maintains the conventional liberal line, the Ministry of Defence is not necessarily hawkish, and the Ministry of Finance is opposed to the expansion of the budget of the Self-Defence Forces because of Japan’s financial deficit. Abe has to consider these bureaucratic views in order to maintain his premiership. The Japanese decision-making system will force Abe to make pragmatic adjustments to maintain his rule.
The 2012 national election and Abe’s second premiership do not necessarily indicate a ‘right turn’ by Japan. The public chose to elect the LDP on the basis of pragmatism and domestic issues, such as economic and welfare policy. While the public may elect a proponent of constitutional revision, the actual implementation of a hawkish national security policy is a different matter. Japan’s national security policy is constrained by various domestic and external elements, and all that can be said at this stage is that Japan’s politics and national security are in transition and that Japan has not found a clear direction. Abe’s premiership is the product of this transition and does not necessarily indicate a permanent or long-term shift to the right.
Toshiya Takahashi is a PhD student at the National Security College, Australian National University.