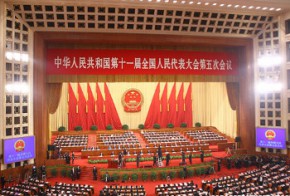 Two-week conclave to set framework for the new era

On March 5, hundreds of delegates will arrive in Beijing for lianghui (two meetings), the two-week dual Chinese People's Political Consultative Congress and National Political Conference to formulate the policies that are designed to govern the country for the next year and beyond under its new leadership, headed by Xi Jinping and Premier Li Keqiang.

After a decade of relative policymaking quietus under Hu Jintao and Wen Jiabao, the new leadership is testing out new ideas and attempting to make progress on cleaning up the country's endemic corruption. Some 27 top party officials have been removed in the early days following the selection of Xi and Le, raising concerns among the cadres that the two were going too far too fast, to the point where their anti-corruption campaign could lead to party chaos and even hold back the A-share market, with the Ministry of Commerce reporting sharp declines in consumption at high-end dining venues, liquors and business gifts during the lunar holiday period.

This year's NPC agenda includes considering restructuring the State Council and scrutinizing and approving development plans. Some of these tasks, particularly restructuring, are expected to be challenging because of the presence of vested interests whose positions would inevitably be threatened by reform and it is questionable if they can be pushed very dramatically.

The trial of the disgraced former senior party member Bo Xilai is expected to be pushed into the second half of March, to minimize headline disruptions to the NPC session. Apparently Bo is fighting the incoming leadership's attempt to sideswipe him by staging a hunger strike while under arrest. It implies Bo will still manage to participate in the conference, albeit not in the conventional sense. Xi Jinping thus must take carefully calculated steps to continue his campaign on ameliorating public disgust over wasteful official practices.

The government reshuffle is unlikely to have any substantial impact on the financial markets. In particular, many of the incumbent financial officials will stay on, continuing policy as it goes. In addition, because of the upcoming change of government, many new measures and reforms have been held up. So when the dust settled, China announced earlier that it would begin implementing new policies to boost the markets, such as the introduction of expanded investor schemes and widening the floating band for the renminbi. In all, it thus appears that there will be bullish news for the A-share market after the session. Analysts generally predict the market will go up this year by 10 percent to 15 percent.

China will open the markets gradually and carefully. Initially there will be certain restrictions, such as setting quotas and qualifications for foreign individual investors. But like other reforms, there will be more progress. Authorities are working on rules for qualified foreign investment which could be unveiled as early as midyear. Apart from that the China Securities Regulatory Commission is considering allowing more domestic funds to invest in A shares, with increases expected to the quotas for insurance companies.

The government is also said to be considering allowing banks and large SOEs to invest certain proportions of their idle funds in A shares.

The 18th Party Congress set ambitious goals to double both the country's GDP and people's incomes by 2020. According to the National Bureau of Statistics, China's 2010 GDP was RMB 39.8 trillion, If the goal is attained, China's GDP would grow to some RMB 80 trillion by 2020. This means average annual GDP growth should be higher than 7.5 percent.

Growing 9.7 percent in 2011 and 7.8 percent in 2012 respectively, China's GDP hit RMB 51.93 trillion by end 2012, or about US$8.3 trillion (at RMB 6.30 = US$1.00), according to the National Bureau of Statistics' preliminary calculation. Given such huge size, to keep it growing by over 7.5 percent per year over the next eight years will not be easy. Needless to say, boosting people's incomes is even a bigger challenge.

Exports, investment and domestic demand have been the troika to pull China's economy. Over the past three decades, exports made the largest contribution to GDP growth. However, affected by the international financial crisis and due to sharp increases in production costs for export-oriented industries, exports' contribution to GDP growth has become increasingly insignificant in recent years.

With so many infrastructure projects still under construction and in fear of stimulating inflation, the government cannot launch another RMB 4 trillion stimulus package to boost GDP growth. Thus in the remaining years of the decade, the government must devote its effort to boost domestic demand or consumption.

According to the National Bureau of Statistics, in the first three quarters of last year, exports' contribution to GDP growth fell by 5.5 percent, investment's contribution was 50.5 percent and consumption 55 percent. This indicates that domestic consumption is becoming the leading horse of the troika.

But to further boost consumption, China must find a new pivot. For premier-in waiting Li, this pivot is envisioned as urbanization. According to China's sixth census in 2010, 49.68 percent of the country's 1.3 billion population dwelled in cities, i.e. with urbanization at less than 50 percent. By comparison, according to the CIA World Factbook, US urbanization was 82 percent in 2010, 80 percent in the United Kingdom, 74 percent in Germany and 67 percent in Japan. Comparatively, there is still considerable scope for urbanization in China.

China's 49.68 percent urbanization is somewhat deceptive. Some 650 mn are city dwellers and at least 200 mn are rural migrant workers and their families who are not legally regarded as urban residents in the country's rigid hukou or household registration system. As such, they have no access to social welfare or other benefits available to urban residents and their children have no equal opportunity for education.

Consequently an important part of that, or "urbanization with Chinese characteristics," should be to grant these rural migrant workers and their children hukou status in cities, so that they can be treated equally. This would greatly boost urban demand for housing, education, medical care and other services.

As big cities in the country have become saturated, China must focus on developing small and medium sized cities or towns, or pursue so-called "local urbanization," letting villages or small towns grow into cities. In this regard, China has had some success. Many villages and small towns in the Pearl River and Yangtze River Deltas have grown into cities of considerable size in the past three decades.

While urbanization itself would boost economic growth and create new jobs such as in construction and services, it inevitably would also bring pressure on unemployment if not enough new jobs are created for farmers-turned-city-dwellers. In this sense, urbanization cannot go without relatively fast economic growth.

Keeping incomes growing in step with GDP growth is to designed ease discontent, but boosts expectations as well. Thus wage earners this year expect pay raises of no less than 7.5 percent. And the government must take the lead to increase salaries for civil servants, the armed forces and workers in the public sector.

For the private sector, the government could achieve its goal by raising the statutory minimum wage (varying from region to region). However, this inevitably would increase labor cost for production, making it even harder for labor-intensive industries.

Chinese media have reported that a draft plan to reform the current wealth distribution system might be submitted to lawmakers. The plan, in draft for the past eight years, focuses on curbing high incomes and raising low ones to expand into middle levels.

This is easier said than done. Vice finance minister Wang Bao'an said it would be achieved by regulating incomes of employees in state-owned enterprises (SOEs) and granting subsidies to the needy.

Although the government sets pay scales for employees in SOEs, many profitable SOEs, especially the state monopolies in banking, energy, telecommunication, etc. have in recent years held back much of their profits to offer employee bonuses. This has become a source of discontent as SOEs are considered to be owned by the public.

The problem lies in that Beijing allows the SOEs to dispose of their profits by themselves. It has thus been proposed that Beijing demand that the SOEs hand over a large proportion of their profits into government coffers, which the government could spend on social security and welfare. For listed SOEs, this means shareholders would receive their dividends – good news for the A-share market as many A-share companies seldom pay dividends.

However, that in turn would harm vested interests and is expected to meet strong resistance, so much so that wealth redistribution is more a political proposition than an economic reform. This is why the government under Hu Jintao and Wen Jiabao was so hesitant to launch it. Whether Xi Jinping and Li Keqiang have the courage remains to be seen.

Despite China's efforts to turn its economy into a market one in the past three decades, the public sector still accounts for nearly half of it. Moreover, many SOEs are monopolies that enable them to reap staggering profits. Critics charge it is unfair and unjust for them to pocket such huge profits for their own use. Thus there are growing calls for the government to break up state monopolies in certain industries. This demands even more radical reforms, and it is unlikely to be discussed at the upcoming NPC session. Such radical reform can only be decided by the CCP's power center, not the government or NPC.