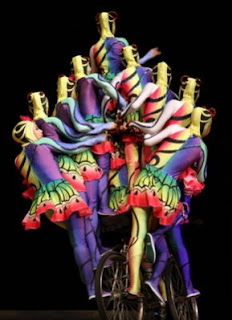 While there are hard power rivalries between the United States and China in the Asia Pacific, there have been signs that China is increasingly using soft power to achieve its policy objectives. In January, Xi Jinping was quoted as saying that China will follow an ‘open, cooperative and win-win’ development model in conducting its foreign affairs

There is nothing essentially ground breaking in this reference, but it provides some indication of the thinking behind its foreign policy in the region.

This reference signals a shift in thinking from an overly militaristic hard power approach to foreign policy to one that interweaves more soft power of trade and diplomacy. Smart power is attributed to theorists Joseph Nye and Suzanne Nossel who advocate American liberal internationalism through a strategic combination of soft and hard power. However, as we enter further into the Asian century it is time to acknowledge that Asian states also utilise both soft and hard power, albeit sometimes different and competing types to the West.

In early February, the Chinese government dispatched  a monitor from the Ministry of Foreign Affairs to the border town of Ruili in the west of Yunnan province. Ambassador Luo Zhaohui was sent to convene peace talks between the Kachin Independence Organization and the Myanmar government as a first step to negotiations. With China and other ethnic leaders observing, both top Kachin leaders and the Myanmar president’s peace negotiating team met and agreed to de-escalate violence and open channels of communication.

It is this Chinese soft power potential that was on display at the peace talks. But the absence of the top Myanmar military leaders, alongside reports that aid supplies to the displaced were being blocked at military checkpoints, illustrate that there is obviously still some way to go to nurture Chinese soft power.

However, the development of Chinese soft power alone is neither achievable nor desirable in the eyes of the new Chinese leadership. Chinese diplomacy, while sometimes reacting to nationalism, is rooted in pragmatism. Its recent veering off course has been the natural consequence of a leadership transition. As the Xi leadership consolidates Chinese foreign policy will likely use more soft policy tools to address its strategic priorities, as was the case during the Ruili peace talks.

The catalyst for Chinese involvement in convening these peace talks was no accident. The recent upsurge in violence in Kachin state is important to China for three reasons. The major concern was the stress on Kachin state’s stability, the threat to civilians posed by the fighting and the resultant spill-over effects into China  such as the movement of Kachin refugees into China.

The second concern was the proximity of the war to the Shwe gas pipeline linking Yunnan province to the Bay of Bengal. The pipeline route was chosen to avoid potential energy insecurity at sea in the Straits of Malacca. However, when the 17-year-old ceasefire broke down , the Kachin war became a threat to the economic development and security of China’s poorer south-western provinces.
The third concern arose within Yunnan province as cross-border trade began to be affected, with timber loggers and mining companies suspending their activities due to security concerns. The Chinese response illustrated the caveats of recent Chinese foreign policy choices in dealing with its smaller neighbours. What is clear is that as China becomes more interconnected, it has more foreign policy levers at its disposal. Recent anti-Chinese  feelings in the region have shown that hard power alone incites fear and loathing. Utilising its smart power, China can bolster its international image not just with foreign governments but with their citizens as well.

Alistair D. B. Cook is a Visiting Research Fellow at the East Asian Institute, National University of Singapore.