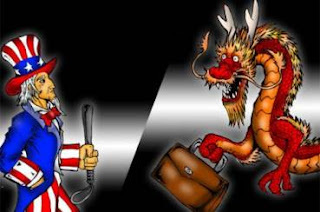 As Europe dithers and the United States nervously watches its unemployment rate, a China-led Asian rise is accepted as the new reality. Less noted is the anomaly of an Asia increasingly integrated with the Chinese economy and militarily more reliant on the United States.

At a retreat on Hayman Island, Queensland, for Australian CEOs, a security expert noted that this was the first time in Australia’s history that its major economic partner was not concurrently a major strategic partner — initially the United Kingdom followed by the United States.

China has become for Australia — as it has for many nations in the Asia Pacific and around the world, especially those engaged in commodity exports — its key engine of growth. Yet Australia has been one of the United States’ closest strategic and military allies from World War II to Korea to Vietnam and Iraq. The planned stationing of 2,500 US troops in Darwin, reflecting the Obama administration’s tilt to the Pacific, is meant to consolidate these ties. The United States and China are not belligerent, yet a rivalry is growing. Being between the two is uncomfortable, to say the least.

There are many hot spots — with the South China Sea perhaps the hottest of them all — that Beijing has declared to be part of its “core interests,” with Washington insisting on freedom of navigation. Besides competing claims to resources, there are disputes over nomenclature. The Vietnamese, for example, whose relations with China are among the tensest in the region, resent the name used by the West and with it the perception of giving in to a Sino-centric perspective. The Vietnamese call it the Eastern Sea.

In a recent confrontation between Chinese and Philippine vessels in the Scarborough Shoal area, Beijing claimed it as part of its territorial waters in the South China Sea, which Manila prefers to call the West Philippine Sea.

Many in the Asia Pacific region regard the concept of China’s peaceful rise with skepticism. The Philippines has been a longstanding ally of the United States, and even Vietnam, its erstwhile enemy, increasingly looks to Washington for protection. Since the end of the Vietnam War in 1975, America’s military presence in Southeast Asia has been, on balance, benign and welcome. At the same time, the region’s economies have become increasingly dependent on China.

At $362.3 billion in 2011, China has recently overtaken Japan as Asean’s third biggest trading partner after the European Union ($567.2 billion) and the United States ($446.6 billion). However, trade between China and Asean is growing faster, with a 24 percent recorded increase in 2011. Reflecting this growing relationship, in January 2010 China and Asean concluded a free trade agreement — Cafta. In population terms, it’s the world’s biggest market and, by GDP, third biggest.

The actual physical US military presence in the region is concentrated in South Korea and Japan, with small numbers of troops in Southeast Asia. However, US influence is being strengthened especially through the American naval Pacific Command. Its main ties are with Australia, the Philippines and Singapore, with upgraded ties with Thailand, Vietnam, Malaysia, Indonesia and Brunei.

Moving north to the Korean Peninsula, Pyongyang has just failed in its initial attempt to launch a long-range missile. The consequences of this embarrassing result remain an unsettling mystery. Also mysterious is the exact relationship between Beijing and Pyongyang and the degree of Chinese influence. For Seoul, this is not a matter of sheer academic interest. South Korea’s share of trade with China, at 27 percent, is greater than that with Japan and the United States combined (8 and 11 percent, respectively).

There has never been a peace treaty to conclude the Korean War, only an armistice. In view of the Orwellian nature of the North Korean regime and its apparent nuclear ambitions, the Korean Peninsula stands out prominently as one of the most likely theaters of military conflict in Asia. Thus, South Korea depends arguably more than any other Asian nation on the United States for security. The number of US troops stationed in South Korea — 28,500 — ranks third in parts of the world without conflict after Germany, 53,766, and Japan, 39,222.

In the first half of the 20th century, Japan emerged as Asia’s greatest economic and military power. From 1932, with the establishment of the puppet state of Manchukuo, until Japan’s defeat in September 1945, Tokyo sought to establish its Greater East Asia Co-Prosperity Sphere.

After Japan’s surrender, the American occupation initially sought to chastise and weaken the country both militarily and economically. Following the Communist victory in China in 1949 and the Korean War, the Unites States rapidly sought to help Tokyo rebuild its economy and turned the country into a passive but loyal ally. Japan did not fight in either the Korean or Vietnamese wars — in good part because of its “peace constitution” imposed in the early years of the US occupation — but provided vital logistic and material support.

Throughout the decades, Tokyo has acceded to US demands. Japan became the world’s second-biggest economic power and by far Asia’s largest. But given its memories of war, Tokyo followed what it referred to as a low-profile policy in Asia in the second half of the 20th century. Most striking in this century, especially since China overtook Japan as the world’s second-biggest economic power, is how invisible Japan has become. In forums and conferences on Asian issues, Japan is often absent, mentioned only in passing.

Japan’s economic dependence on China, with China having surpassed the Unites States since 2008 as Japan’s biggest trading partner and fastest-growing destination for Japanese outward investment, is deep. Its exports to China — mainly capital and intermediate goods as China emerges as the hub of Japan’s global supply chain — are a rare dynamic force in an otherwise anemic economy. Japan also has multiple issues with China, including over territory — notably a confrontation over the Diaoyu/Senkaku Islands in the East China Sea — and in economic matters, like China’s ban on exports of rare minerals to Japan required for its high-tech manufacturing industry.

In Southeast Asia, Japan and the Korean Peninsula, there is the same familiar dichotomy of economic reliance on China and military tension. Without resolving this contradiction, neither China, South Korea nor Japan can play a leading role. Hence, most of the onus for institution-building has fallen on Asean, the bloc of 10 Southeast Asian nations. There has been a proliferation of initiatives, such as Asean + 1, Asean + 3, Asean + 6, the Asean Regional Forum ARF, the Chiangmai initiative, the East Asian Community and more.

This reflects what’s referred to as Asean centrality. Much of the discussion regarding the formation of these initiatives involves who to include and who to exclude, while seeking to involve China but not offend the United States. This is the case with efforts to establish the Trans Pacific Partnership, pushed by Washington. Tokyo, Seoul and other Asian capitals hesitate in light of China’s apparent exclusion — hence, the conundrum. Countries find themselves between a rock and a hard place.

The situation in the Asia Pacific is perilous and unsustainable. Under these conditions, it’s highly unlikely that robust regional institutions will emerge in the near future. And the fact that much of China’s economic prowess depends to a considerable extent on the big American market and investment opportunities causes additional wrinkles in triangular US-Asia and China relations. With weak global governance and leadership, the Asia Pacific, for all its economic success, keeps floundering in uncertain seas.

Jean-Pierre Lehmann is the founder of the Evian Group, a senior fellow at the Fung Global Institute in Hong Kong and a visiting professor at Hong Kong University.
Posted by Kerry B. Collison at 4:39 PM