The Philippines: Local Politics in the Sulu Archipelago and the Peace Process 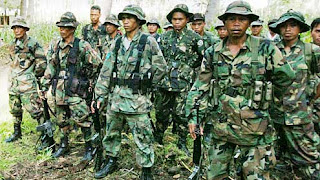 The Philippines: Local Politics in the Sulu Archipelago and the Peace Process, the latest report from the International Crisis Group, examines how clan politics in the island provinces of Basilan, Sulu and Tawi-Tawi off the coast of Mindanao could complicate the government's efforts to sign a peace agreement with the largest Muslim insurgent group, the Moro Islamic Liberation Front. Clan-based politicians of the archipelago, while Muslim, are worried that a settlement will give power to the ethnically distinct MILF. This exposes an important weakness in the government's peace strategy, which aims to give something to everyone and risks satisfying no one.

“The government's strategy risks deepening the divisions among the Bangsamoro”, says Jim Della-Giacoma, Crisis Group's South East Asia Project Director. “But a peace agreement is unthinkable without support from the Sulu archipelago”.