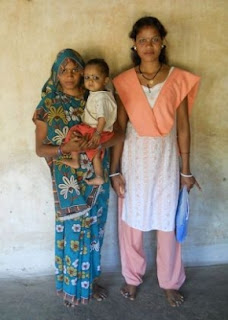 HOW should one judge the lot of women in India, a country that is in many ways progressive, modern, tolerant and yet by turns repressive and hostile? Women hold the highest political positions (the presidency, speaker of parliament, leader of the ruling party, leader of the opposition in parliament, several chief ministers of large states) and in theory they are protected by a variety laws promoting equality.

Though development indicators remain dire, just about all statistics show their lives improving. Women are more literate than ever (last year’s census suggests two-thirds of them can read, compared with fewer than two-fifths in 1991). They are becoming less likely to die in childbirth (well under half the rate of 1990). And they live much longer: at 66 years, India’s female life expectancy outstrips the male one by some three years. Like men, on average they live in better homes than they did in previous years, with more access to health care and schools, telephones and transport.

Yet weigh against such trends the dismal persistence of discrimination, violence and other forms of hostility against girls and women. A cultural preference for boys, combined with modern technology such as ultrasound scanners, allows parents to identify and abort unwanted female fetuses at a terrifying rate. Millions of girls are missing from the demographic norm. Despite laws against sex-selective abortion (or even finding out the sex of your unborn child), in many places the child sex-ratio is growing dangerously skewed.

It is tempting to hope that progress is only a matter of time: that, for example, in the more urban, modern bits of India the lot of women is clearly getting better. In some ways, that must be true: access to medicine, education, paying jobs and more are easier in town. Yet not all is better. Abortion of girl fetuses appears to happen most frequently in semi-urban areas, not villages. In India’s cities violent attacks against women, and their harassment generally, are depressingly common. Nor is the habit of paying dowries (in effect the family of the husband being paid for the burden of taking on a daughter-in-law) dying out.

Perhaps most dispiriting of all, however, is to see women let down by the very institutions and political leaders who should know better. In February the government of West Bengal reacted to the gang-rape of a young woman who had left a posh nightclub in Kolkata by accusing the victim of having plotted a conspiracy to discredit the chief minister of the state. The policewoman who then tracked down the perpetrators was herself punished, being transferred to an unpopular post.

As shocking, this week a deputy inspector-general of police in the state of Uttar Pradesh was shown on television encouraging villagers to shoot a 14-year-old girl who had been abducted earlier by elder men. Her family had asked the policeman, Satish Kumar Mathur, to send officers to help rescue her. He responded, instead, by advising “if she has eloped, you should be ashamed of it and end your life. I would have committed suicide or killed my sister if she had eloped.” On May 10th the policeman was reassigned, presumably to be kept out of sight until the public fuss dies down.

Such murders as Mr Mathur recommends—misnamed as “honour killings”, since the victims are typically killed by relatives who believe they somehow preserve family reputation by doing so—remain depressingly common in India and the region. By one estimate over 1,000 Indians (both men and women) fall victim to it each year. Another suggests that roughly as many Pakistanis die this way each year.

India’s most recent national records show increasing reports of crimes against women in the years to 2010. These include rape, abduction, dowry death (women murdered or committing suicide when their dowries go unpaid), molestation and trafficking, with cruelty by husbands and relatives accounting for a large proportion of offences. Yet whether the rate of crime against women is rising is hard to judge: the figures could possibly, more hopefully, reflect the fact that such offences, taken more seriously than before, are reported better.

The United Nations Development Programme makes a valiant effort to compile various indicators relevant to women’s prospects, and lists countries by the results as a “gender inequality index”. For 2011 the UN’s compilation of data on maternal mortality and health care, teenage pregnancy, women’s representation in parliament and the workforce, women’s education and more, suggest that India ranks a relatively unimpressive 134th out of 173 countries. That, however, is at least a few notches above neighbouring Pakistan or Bangladesh.