Government and the Miners 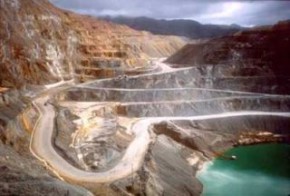 The mining industry has always been torn between the competing demands of business and politics.

On the one hand, some have accumulated great fortunes from the extraction of coal, gold, iron ore, rare earths and other minerals. Global prosperity has fueled our collective hunger for natural resources.

Conversely, the very act of taking minerals out of the earth provokes visceral reactions ranging from environmental fears to resource nationalism. As a result, governments throughout history have always attempted to regulate and tax such activities.

These two almost irreconcilable imperatives have often led to fascinating and at times even tragic conflicts.

With its vast mining sector, Australia presents a wealth of examples, most notably the demise of its former Prime Minister Kevin Rudd. As one his country’s most mercurial and brilliant leaders, Rudd sought to raise greater revenues from the booming natural resources sector via a controversial mining tax, the Resource Super Profits Tax.

The RSPT was to impose a 40 percent tax on mining company profits on top of normal corporate income taxes.

Rudd argued that Australia’s natural resources boom wasn’t being spread across the country’s 22.8 million population and that the mining companies were enjoying freakishly large profits.

Metal ore and coal exports, for instance, accounted for about 40 percent of Australia’s total export receipts.

When Australia’s mining tycoons realized what Rudd was planning, they attacked with a vengeance, marshalling money and media to defend their interests.

Major firms and industry bodies like BHP Billiton and the Minerals Council of Australia also spent millions of dollars in advertising campaigns opposing the RSPT.

With so much money ranged against Rudd’s tax, support for his administration plunged. A poll at the height of the controversy in mid-June 2010 gave Rudd’s Australian Labor Party just 47 percent of electoral support compared to 53 percent for the opposition Liberal/National Party coalition.

Rudd’s fellow party members panicked and deposed him in favor of Julia Gillard.

Of course, ordinary Australians eventually woke up and realized what they had done in countenancing Rudd’s removal. This may have contributed to the hung Parliament that followed in the August 2010 general elections and his subsequent “redemption” as foreign minister.

Safely installed as prime minister, Gillard announced that the RSPT would be rebranded as the Mineral Resource Rent Tax as well as reduced to 30 percent and then only after a company’s annual profits reached 75 million Australian dollars ($77.6 million).

It’s hard to not feel that the “bad guys” won out in the battle over the RSPT. Commercial and party-political interests triumphed over the public good.

Here in Indonesia, I can’t help but see parallels between the RSPT and the government’s recent policy announcements involving mining.

Policy makers have recently proposed a 25 percent tax on mining exports, with the possibility of this rising to 50 percent next year. This follows separate plans to force foreign mining companies to divest 51 percent of their stakes within 10 years of operations and a ban on the export of low-quality coal.

I do not share the shrill accusations of some critics that these measures are designed to benefit a handful of politically connected people.

Rather, I see this as part of Indonesia’s efforts to move away from being a mere exporter of raw materials toward something more sustainable and indeed, equitable. But as we have seen, the possibility and magnitude of a backlash against these policies from the wealthy and influential will be great.

In Australia, the balance of power clearly favors the mining tycoons. Will it be any different here?

Karim Raslan is a columnist who divides his time between Malaysia and Indonesia.