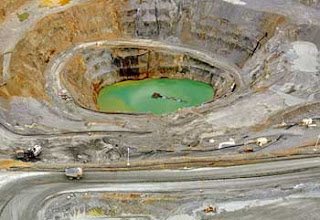 The Indonesian government issued a regulation in February 2012 requiring majority or wholly foreign-owned companies holding mining licenses in Indonesia to divest a majority share of the company — a minimum of 51 per cent — to an ‘Indonesian participant’ after 10 years of production.

For many foreign investors, this will mean a mandatory divestment of equity.

An offer to purchase the share must first be made to the central government. If the central government is not prepared to purchase the share, then it must be offered to the provincial government or city/county government. And if they also refuse, then the shares are to be offered by auction to (in order of priority) a state-owned enterprise, a regional state-owned enterprise or a national company. Failure to divest according to this schedule can lead to suspension of production and even a revocation of the mining license.
The concept of divesting foreign interests in Indonesian mining enterprises is not new. The 2009 Mining Law required a divestment after five years of production, but did not specify the required amount of this divestment. A 2010 regulation required that Indonesian participants hold 20 per cent equity in foreign-owned mining operations after five years of production, but did not require further divestments. And mining companies operating in Indonesia have long had divestment obligations under ‘Contracts of Work’ with the Indonesian government, as outlined under the 1967 Mining Law. But the new regulation goes much further by requiring divestment of a majority share.

Predictably, many mining companies argue that 10 years is insufficient for them to make an adequate return on their investment. They also complain about the uncertainty the new regulation brings. In particular, some companies operating under a Contract of Work with less onerous or no divestment provisions fear they will be required to renegotiate their contracts to comply with the regulation’s mandatory divestment provisions. But on this, the government appears to have given mixed signals. Some officials have said the regulation only applies once the Contract of Work has expired or when an extension to that contract is sought, while others say they can be renegotiated whenever the government deems necessary.

Mining companies have also faced difficulties with the divestment process. It is often hard to find a tier of government or Indonesian company with sufficient funds to purchase the stake. And if funds are available, national and regional governments sometimes bicker over which of them should have first priority.

The main problem with the divestment policy, miners and Indonesian economists point out, is that it significantly reduces the Indonesian mining sector’s desirability for investors. Mining contributes 17 per cent to Indonesia’s GDP and a significant proportion of Indonesia’s FDI (US$3.6 billion of US$20 billion in 2011). If Indonesia wants to increase its economic growth, then it simply must attract more foreign investment, including in the mining sector.

One explanation for the new regulation is ‘resource nationalism’ — a response to demands from Indonesians, particularly those who live near mining sites, for ‘a share of what the companies are earning’. The regulation’s preamble explicitly states that one of its rationales is to allow more Indonesians to participate in mining. This may be part of a broader wave of political nationalism, which many within government and various other political parties support. The exploitation of natural resources by foreigners is not publicly popular anywhere in the world, but in former colonial states such as Indonesia the sentiment has greater currency. Article 33 of the Indonesian constitution, requiring the state to control natural resources and important public utilities, reflects this sentiment.

It is also significant that under the 1967 Mining Law’s so-called ‘Contract of Work’ framework, the Indonesian government did not simply grant mining licenses to mining companies. Instead, the minister for energy and mineral resources appointed mining companies as contractors to carry out mining activities that the government or a national company did not or could not perform.

Compared to measures other resource-rich states have recently introduced or mooted, which are typically only prospective and do not discriminate against foreigners (such as a generic mining tax), the new Indonesian regulation seems more prone to violating substantive commitments made under various investment treaties or FTAs. This potentially opens the door for formal investor-state arbitration (ISA) claims against Indonesia. Although, for practical reasons, the international treaty law framework is much more likely to structure informal settlements than result in full-scale ISA proceedings.

The Australian government should reconsider its abrupt policy shift in the April 2011 Trade Policy Statement, which eschews ISA in future treaties, in light of recent developments in Indonesia as well as broader concerns about the shift and its underlying assumptions. Under two existing treaties between Australia and Indonesia, the ISA system provides important baselines agreed between states and jettisoning it risks undermining a system that has become widely known and accepted, even in Asia. It also risks destabilising sustainable cross-border investment flows in the region, particularly over the medium to long term.