North Korea and the American response 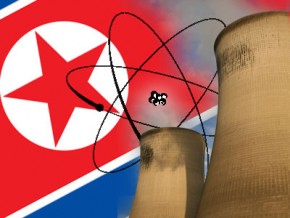 Reading statements from the US and ROK administrations and the international press regarding recent North Korean declarations against South Korea, it seems that there has been a broad failure to realise that the North is terribly and predictably offended by the rhetoric

When Pyongyang says that certain statements from President Lee Myung-bak and the conservative press are injurious and seek to humiliate and degrade North Korea, it means exactly that.

While one can contest the accuracy or wisdom of statements from government and media sources, ignoring both their intent and their impact seems self-deluding. US nationalism and a sense of innate goodness might come into play in these instances. Similarly, North Korea probably feels threatened and humiliated by regular, large-scale military exercises conducted on the country’s borders. The US and ROK may argue that the exercises are defensive, but to claim that North Korea is pretending to be offended makes observers sound incurious. After all, no one reacts well to being threatened.

Neither President Lee nor US policy makers should be surprised by North Korean reactions to government statements, policies and actions. Endless speculation about North Korean motives — mostly to the effect that it does not understand its own position and its realistic options or is cleverly playing the ‘international community’ for its own gain — reveals a serious lack of analytical interest on the part of governments, policy specialists and the media. During the period of progressive administrations in South Korea (1998–2007), ROK and DPRK government and public expressions of ridicule or insult were specifically discouraged as part of an ambitious plan to make progress toward large strategic goals. In that sense, both government and informal public statements were understood as affecting national strategy. That linkage is recognised by most parties, and helps explain why the North–South rhetoric has become so heated. Both the tone and content of government language reveal intentions, particularly when direct and private official communication has almost stopped.

Fundamentally, North Korea still wants physical security and national development, while the US and South Korea sometimes want North Korea to reform, develop and disarm; sometimes to collapse and disarm; and sometimes just to disarm. Occasionally, the US wants one thing while South Korea wants something else. But when US and ROK strategic goals have overlapped sufficiently with those of the DPRK, deals can be struck and fundamentally adhered to, as was the case under the Agreed Framework between 1994 and 2001. But the alignment of stars that allowed for progress on these issues is rare, and cannot happen without sustained political leadership.

If broad strategic engagement with the DPRK was rejected by the US administration in 2001 and the South Korean administration in 2008 because it was deemed either not in line with the administrations’ ideology or plans, its internal or external messages, or required too much political and diplomatic effort, that represents the rule rather than the exception. Bold leadership is rare. Strategic and productive engagement with North Korea is hard work. Elections, after all, have consequences. But so, too, do policies and statements.

More than a decade after former US Secretary of Defense Bill Perry’s admonition to ‘see the North as it is, and not as we wish to see it’, the US is still struggling to come to terms with its implications. Harder still is to apply such a rigorous standard to its own behaviour. Debates about North and South Korea are complicated by the US’s reluctance to see the impacts of its own choices and actions, and its repeated inability to choose a course of action and commit to it. A review of the US State Department’s diplomatic archives from the early 1970s provides a useful reminder of how arduously the US has worked to find a North Korea policy that is both effective and defensible.

The question now is which is worse: continuing to pretend at both engagement and containment — which has failed to improve its position — or clearly choosing one over the other? Realistic and broad engagement is clearly preferable. But myths about North Korean, South Korean and US interests, strategies and actions have grown entrenched, making both policy making and public discourse increasingly disconnected from the realistic opportunities and challenges that exist today. Before the US can commit to renewed engagement — given current diplomatic–military deployments and the counterproductive effect of US interactions with North Korea over the past decade — a professional and broad review of US interests and strategies in East Asia would be both necessary and potentially liberating.

Leaders in Australia and New Zealand have recently conducted whole-of-government reviews of national interests, strategies and policy, acknowledging a changing East Asian regional environment. The US policy community — from both the public and private sectors — should do no less, and undertake this exercise in a similarly open and unbiased fashion. Without such a rigorous re-evaluation, the festering problem of how to manage North Korea’s integration into the regional community will continue to bedevil the US for years to come. A more effective US approach to North Korea is also a key to the success of the ‘pivot’ to Asia, lest North Korea continue to draw in a hugely disproportionate amount of diplomatic and security energy, to little advantage.

Stephen Costello is an independent analyst and consultant. He was formerly director of the Korea Program at the Atlantic Council, director of the Kim Dae Jung Peace Foundation, USA, and Vice President of Gowran International. East Asia Forum