Technology and culture to drive East Asia’s next digital revolution 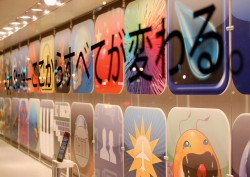 East Asia has long been at the forefront of the hardware digital revolution, boasting some of the world’s most highly connected societies.

And with a second digital revolution under way, the region’s diverse cultures are set to find new ways of combining technology and culture. Previously unimaginable levels of information richness and new ways of engaging with it mean users are not only passive consumers who browse and download information from the internet, but also active creators who upload and share their own material with others.

The scale of production and distribution is staggering. There are now more than 800 exabytes of digital information in the world: every minute, there are 100,000 new tweets, 6 million Facebook views, 30 hours of video uploaded to YouTube, and 3000 photos added to Flickr.

Collectively, these countries make close to 90 per cent of the world’s digital gadgets. The other side of the digital economy — the supply of digital content and services — attracts less attention in the region, but is already emerging as a formidable social and economic force, and will continue to grow as technology connects more and more people. The next digital revolution in East Asia will direct entrepreneurial energies toward creating new tools, content and forms of expression.
In 2002, Douglas McGray coined the term ‘Gross National Cool’ to explain how cultural exports such as Hello Kitty, Pokemon and anime fuelled Japan’s emergence as a cultural superpower during its ‘lost decade’. Former prime minister Junichiro Koizumi was one of the first to acknowledge the power of ‘Cool Japan’. Former prime minister Taro Aso went a step further and described himself as an otaku, a person who takes a keen interest in anime, video games and manga. And starting in 2008 Japan formally deployed its soft power by dispatching ‘cute ambassadors’ and appointing Doraemon as ‘anime ambassador’.

In her new book on otaku culture, cultural anthropologist Mizuko Ito explores how this participatory fan culture has flourished in the digital age because it enables fans to connect niche to niche and make an international cultural force of otherwise isolated cultural manifestations. Through fan fiction, anime music videos, fansubbing and various other remixes, fans have created rich international networks where they distribute their own content ahead of traditional media and producers.

Following the Asian financial crisis of 1998 South Korea also turned to Hallyu, or Korean wave, as an instrument of soft power. Korean pop culture first gained Asia-wide popularity thanks to the rise of satellite broadcasting. Today, Korean producers are using social media platforms like Facebook and YouTube to attract tech-savvy and culturally curious audiences in North America and Western Europe, with astounding success: in 2011, K-pop established itself as a global trend, with nearly 2.3 billion YouTube views.

Cultural power is subtle, but it may prove effective. Roh Moo-hyun, president of South Korea between 2003 and 2008, once remarked that Hallyu will someday unify the Korean Peninsula.

While that may be a long-term prospect, a recent survey conducted by the Korea International Trade Association found that 80 per cent of respondents from Japan, China, Taiwan and Vietnam believed that Hallyu has positively influenced the purchase of South Korean products. In 2011, South Korean cultural exports, including films, music and TV shows, hit a record US$4.2 billion.
The increasingly global reach of South Korean culture has given rise to a variety of start-ups that develop creative digital tools to eliminate barriers to content distribution. These include the website viki.com, which relies on millions of volunteer users to translate acquired movies and TV dramas into multiple languages. Another website, flitto.com, aims to create a real-time translation tool for what South Korean movie stars say on social networks, and for globalising South Korean cartoons.

Taiwan is also beginning to turn its attention from hardware manufacturing to software system integration and content development. The government has set an ambitious goal of turning Taiwan into the hub of Chinese language-app creativity, with plans to produce some 20,000 app programs and train 1000 app-software specialists per year. Software innovation requires a very different mindset from hardware research because it aims to enrich people’s social experience or personal organisation, and this cannot be achieved without a deep understanding of people and culture.


This second digital revolution will be one to watch because it sits at the intersection of culture, diplomacy and technology. It will lead to new revenue streams for talented creators, and it will allow ideas and cultures to influence one another; the diversity of East Asian languages, cultures and social experiences underpins the richness of this revolution. Differences can be celebrated and more widely understood.

In the future, competition and innovation will be less about hardware than about people, cultures and social experiences — and about organising a value chain around them. Facilitating the next phase of the digital revolution — one that is based on innovation in social technologies and soft power — will be the challenge for the next generation of government and business leaders in East Asia.

Andy Yee is a policy analyst for Google in Asia Pacific. He has worked at the Political Section of the EU Delegation to China in Beijing and blogs at Global Voices Online and China Geeks.