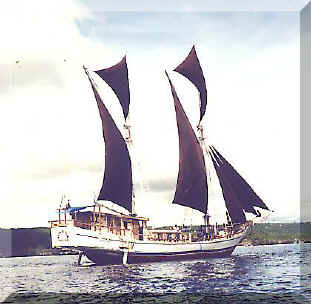 DISMISSING the current diplomatic standoff between Australia and Vanuatu as a case of "the mouse that roared" is a bad idea.

Neither does it help to view Pacific island countries solely as beneficiaries of Australia's $1 billion aid program. Their strategic significance is only growing.

As the axis of power moves eastward, emerging Asian powers including China, Indonesia and India are demonstrating increasing strategic interest in Australia's backyard.

Within days of expelling the Australian Federal Police, Vanuatu's Prime Minister Sato Kilman welcomed a delegation from Indonesia and offers to provide police and paramilitary training. Within 24 hours of that meeting, a Hercules aircraft loaded with equipment had arrived from Jakarta.

To resolve the current impasse and retain its strong footprint in the region, Australia would do well to recalibrate its relationships in the Pacific.

Australia's Melanesian neighbours Papua New Guinea, Solomon Islands and Vanuatu have more than 1000 living languages, a cultural make-up more diverse than anywhere else in the world.
Rules of engagement vary greatly from island to island. Islanders know that the way one person says something is not necessarily the way the other person hears it. Its not just what you say, its how you say it. Actions often speak louder than words, and both are always carefully examined. Getting language and approach right is no mean feat.

So it must be a source of great frustration that well-meaning Australian politicians, diplomats and aid workers find themselves labelled "big brother" or "bully". Equally importantly, it frustrates Pacific leaders and policymakers not to be afforded the same degree of respect bestowed on their international colleagues. No matter how small the country, the prime minister is still the prime minister.

The Pacific is a region in the process of redefining its own identity. Most countries are led by the same ageing generation that won independence. As the biggest donor, Australia has played a significant role in charting the region's development path over the last 30 years.

Yet the discourse on foreign aid remains haunted by guilt, greed, and good intentions. Donors are accused of interference, neo-colonialism and aid conditionality. In some cases, such accusations have been warranted. In other, the best of intents have been thwarted, often due to the failure to communicate a good idea. But unilaterally imposed solutions rarely gain traction, and for good reason.

Most of us don't like to be told what to do, and we certainly don't like to see our faults paraded in front of others. In a region where pre-independence memories remain fresh, such sentiments are particularly powerful. Stop focusing on corrupt governments, and start thinking about the people who need support fixing things.

In the Pacific, development is a process, not a product. Development partnerships may be forged between countries and institutions, but the interaction and engagement occurs between people.

One of the greatest collateral effects of the Pacific seasonal workers scheme is that Pacific islanders not only gain access to temporary job opportunities in Australia, they return home enriched with new friends and exposed to new ideas.

Personal relationships can have far-reaching consequences. The battle for supremacy between China and the US is now playing out on the Pacific stage. As both powers boost their presence across the region, Australia's position is coming under closer scrutiny. Australia may have the deepest pockets now, but new donors are gaining traction.

Pacific leaders who have quietly bemoaned the imbalance in the relationship with Australia are embracing these new opportunities. Chequebook diplomacy it may be, but it comes with lashings of respect.

Kilman was politically compromised and embarrassed when his delegation was diverted and an adviser arrested at Sydney airport. An angry reaction was inevitable, and its fallout threatens to shake the foundation of the relationship between the two countries.

Both sides claim the high moral ground, making a face-saving resolution all the more important. Saving face is integral to the Pacific way and many across the region are watching in anticipation.
A new era of understanding is possible. A little effort and a lot of empathy could reset the relationship from the prevailing lop-sided, aid-centric approach towards mutually beneficial closer integration. Staying on the same track is in no one's interest.

By Derek Brien executive director of the Pacific Institute of Public Policy, an independent regional think tank based in Vanuatu