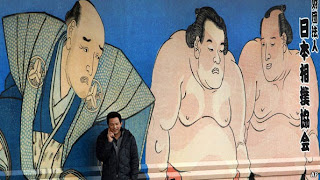 The key security concerns, China and North Korea, appear again as they did in the 2012 paper that was drafted under the Democratic Party of Japan (DPJ) government. Abe’s ‘neo-conservative’ colour is still modest at this stage, but his non-concessional posture to China is clear.The 2013 white paper increases the description of Chinese military activities around Japan and makes clear its defence preparation for them. It also announces the revision of the 2010 National Defense Program Guidelines (NDPG) and the 2013 defence budget, both which were DPJ government policies.

There are three main changes in the 2013 white paper.

First, it reinforces ‘the defence of territories’ as the key policy idea. In the preface, the phrase ‘to protect the lives and property of our people, and to defend our land, sea, and airspace’ appears for the first time in the subtitle of the Japanese version. Territorial defence against Chinese military activities is clearly listed as a key rationale for the revision of the 2010 NDPG and the 2013 defence budget. Threats to Japan’s territories are illustrated by increased descriptions of Chinese naval activities around the Senkaku/Diaoyu islands and by clearer references to intrusions by Chinese fighters into the airspace around the area to which the Air Self-Defense Force operates.

Second, the 2013 white paper continues with Japan’s shift in defence posture to its southwestern islands in line with the 2012 paper, while explicit references to US–Japan defence cooperation for that purpose are restrained. The ‘dynamic defense force’ concept in the 2010 NDPG disappears, but the basic idea of the effective use of the Self-Defense Forces for the defence of those islands remains intact. More concrete defence plans and measures are referred to in the paper. New equipment mentioned includes: P1 aircraft; domestically developed maritime surveillance aircraft, to replace the P-3Cs; the improvement of the radar processing capability of E-767 airborne warning and control aircrafts (AWACs) and of land-based radar sites in the southwestern islands; and a sample purchase of amphibious vehicles for Japan’s off-shore island defence. The deployment of a Ground Self-Defence Force (GSDF) unit to Yonaguni island at the western edge of Japan’s southwestern islands will be implemented for information gathering, warning and surveillance in the 2013 fiscal year. The 2012 paper’s reference to US–Japan ‘dynamic defense cooperation’ disappears, but the new paper mentions the revision of the 1997 Guidelines of the US–Japan Mutual Security Treaty to meet new security contingencies around Japan.

Third, Abe’s neo-conservative outlook has shaped the language on the purpose of Japan’s defence, albeit in a limited way. The defence priority is now ‘independence’ rather than ‘peace and safety’ which was stressed before. In Section 1 of the chapter of ‘The Basic Concepts of Japan’s Security and Defense Policy’, the first sentence starts with ‘[t]he independent state of a nation must be protected’. This phrase has appeared regularly since the 2009 white paper but only as a secondary phrase or sentence, now it is upfront. The previous papers began with ‘peace and safety’, which was a set phrase even under past Liberal Democratic Party (LDP) governments. Moreover, this section of the 2013 paper has less emphasis on the necessity for international cooperation for Japan’s national security, except for the US–Japan alliance.
In addition, some policy ideas are outlined, such as the right of collective self-defence through US–Japan defence cooperation, preemptive attacks against North Korea’s ballistic missile sites, and the use of ‘Japanese Marines’ for off-shore island defence. The first two were originally examined under the LDP government during the 2000s but were dropped during the DPJ period. The new NDPG is reported to include the creation of an amphibious capability in the GSDF, which would require Japanese Marines.

Overall, the 2013 white paper does not show a radical shift from previous papers. Aside from the neo-conservative potential of the paper which may or may not develop in the future, the 2013 white paper has a problem as Japan’s official defence document. It lacks strategic perspective to deal with the tensions with China and to find a practical resolution, despite the potential danger of military escalation being highlighted. It narrowly focuses upon the linkage between Chinese military activities and Japan’s military counter-measures, paying little regard to multilateral solutions and diplomatic dialogue. Its political message to China is Japan’s counter-military preparation, which will only lead to emotional reactions from China. To the Asia Pacific region, the message is that Japan will resolve its tensions with China only through military competition, though Japanese domestic opinions may not agree.

Japan should consider the political implications of its defence white papers on its external relations with neighbours. A narrow focus on China’s military activities and Japan’s counter-measures weakens the strategic role of the 2013 white paper by negating other political messages. Japan still has other policy choices in relation to China, and more than the 2013 paper suggests. Japan’s defence white papers should reflect them.