New dynamism in cultural, intellectual influences in the Asian century 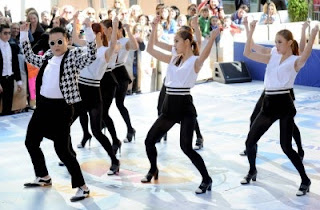 The Asian century, or Pacific century, has become a catchphrase that emphasises economic dynamism and shifts in political power

But the cultural and intellectual aspects have rather been neglected.

In the coming 25–50 years, three trends in Asia are likely to develop in the context of continuous globalisation, evolving regionalism and the ongoing information revolution.

Asia will develop a greater sense of regional awareness and cohesion. The region is still compartmentalised into Northeast, Southeast, South, Central and West Asia. But the region’s current collaborative efforts — such as the ASEAN-Plus formula, the Shanghai Cooperation Organisation and the South Asian Association for Regional Cooperation — will gradually lead it towards a greater level of pan-Asian cooperation.

The global configuration of power will become more evenly distributed between established and emerging powers, and Asia will be a very important component of the latter. Asia will no longer be complaisant and content with its position as a less influential actor in the world economy and as a follower of Western models. Rather, in both their bilateral and multilateral relations, Asian countries will call for a bigger say in making rules and setting agendas for regional and global affairs. In this sense, the growing influence of the G20 and the reform of the International Monetary Fund and the World Bank indicate Asia’s increasing role in world affairs.

Asia will contribute more to the mainstream of world thinking. In the coming 25–50 years, Asia’s status will change substantially from it being merely a recipient — or at most an adaptor — of Western culture. Asia has already made some great contributions in this regard. For instance, China, India and Burma worked out the Five Principles of Peaceful Coexistence, and Southeast Asian nations have built up the ASEAN Way of consensus-making. With its traditional and intellectual cultures both experiencing a renaissance, Asia will provide the world with more public goods in the form of ideas, principles and values.

As well as contributing to the global economy and international security through these three trends, Asian nations will also provide the world with alternative models of regionalism. Pragmatism and inclusiveness will be two major features of the new Asian regionalism. Asia’s pragmatism has helped its countries converge into an Asian community, from the ASEAN-Plus process through to a much broader membership based around building consensus. Unlike regional groupings such as the European Union, ‘New Asianism’ embraces such non-Asian members as the United States, Australia and New Zealand. This inclusiveness shows that Asia respects the history, current standing and future development of its members. By relying on incrementalism rather than coercion, New Asianism is also conducive to the peaceful transition of the international system and more effective global governance.

The Asian century will see Asia present a fusion of cultures to the world, unlike other regions which are often dominated by a single culture. Asia is renowned for its cultural and religious diversity and its ability to accommodate of these many differences. In this fast-changing world full of immediate concerns and conflicts, the inclusivity of Asian cultures can play the bridging role between regions and populations in ways that geopolitics and geo-economics cannot.

The Asian century promises to create new moral standards and values as a means to tackle future challenges. The universality and particularity of moral standards and values is a matter of perennial debate, and while it is difficult for the actors in these debates to convince others to change their mainstream moralities and values, it may be possible for them to agree on making new ones. For instance, Asian values attach greater importance to the non-material aspects of life, such as diligence, work ethics, family cohesion and consensus-making. These ideas will undoubtedly contribute to the eventual pooling of shared values, which in turn will help facilitate global affairs and international relations.

Finally, the Asian century will help the international community to crystallise a greater sense of wisdom. This will help us to approach the many global challenges we face from a broader perspective. Many regional bodies are based on economic, political or security concerns, and while they are certainly necessary, they are not sufficient in themselves to bring about the higher level of international and regional community building needed to confront the challenges likely to occur in the next 25–50 years. Asian nations have much expertise and leadership that can be called upon in this regard, such as the rich traditional civilisations of China and India and the economic dynamism of countries such as South Korea and Singapore which can point the way to adapting to new challenges. And Asia’s exceptional willingness to contribute to this new century will help it digest the wisdom of others and assimilate it into its own.

When talking about the Asian century, we should pay proper attention to long-term trends other than those involving material goods and physical security. Consensus building, shared values and convergent moralities will be essential as both Asia and the world strive for a better future.

Jiemian Yang is President at the Shanghai Institutes for International Studies.
This article appeared in the most recent edition of the East Asia Forum Quarterly, ‘Coming to terms with Asia’.