The Fasting Month of Ramadhan – A Comment We are Malay-Muslims, we are entitled… 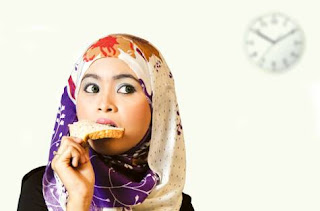 We are Malay-Muslims, we are entitled…

Syahredzan Johan asks during this holy month, are Malay-Muslims entitled to better rights than others?

So you are fasting. The sun is bearing down on you, your stomach is growling and your throat is parched. It is only 12.30 in the afternoon; you still have hours to go before you may break your fast. All of a sudden, a non-Muslim person appears before you, enjoying an icy cold can of your favourite cola. He looks like he is savouring the cola. You could imagine the sensation of that very same cola filling your throat with diabetes-inducing caffeine goodness. So you flare up. How dare this person drink in front of you? Does he have no respect for the holy month of Ramadhan, to be wantonly quenching his thirst in full view of Muslims? Does he not know that Muslims form the majority of this country and therefore must be respected?

This is the basic premise prevalent amongst many Malay-Muslims in this country. Muslims form the majority and therefore they are entitled to be respected. Malay-Muslim sensitivities must not be offended; the Malay-Muslim public must be protected from harm, confusion and many other bad and insidious things that may threaten the ummah. In recent times, these deep rooted sentiments are brought to the fore by opportunistic politicians. Thus it appeared as if Malay-Muslims have become more and more intolerant of minorities.

The prime minister must be Malay-Muslim, the civil service must be filled with Malay-Muslims and government bodies are seen as Malay institutions, tasked first and foremost to safeguard Malay and Muslim interests.

This premise of entitlement has also been used to justify the persecution and discrimination against sexual and religious minorities, purportedly because Article 3 provides that Islam is the religion of the Federation. So we say that LBGTs do not enjoy protection of the Constitution because their sexual orientations are against Islam, although we conveniently forget that other things, like gambling, are also forbidden in Islam but are still legal in this country. Books are seized and banned and fatwas are made absolute. In a recent decision, the Federal Court went so far to say that the integrity of the religion needs to be safeguarded at all costs. Does ‘at all costs’ include the supremacy of the Federal Constitution as the highest law of the land?

Make no mistake, this is not about Islam. It is about how we justify the discrimination, persecution and blatant disregard for fundamental liberties, all in the name of religion. It is how we view and treat others as inferior to us because we believe that we are entitled to do so. We permit transgressions because we labour under this presumption that Malay-Muslims, by virtue of being Malays and Muslims, are entitled to the best of the country as they occupy a higher standing than the rest of the rakyat out there.

There is no legal or constitutional basis for this. Article 3 does not make Malaysia an Islamic state and Article 4 expressly provides that the Federal Constitution is the supreme law of the land.  Article 8 provides that every citizen is equal before the law and enjoys equal protection of the law. The oft quoted Article 153 does not make Malay-Muslims superior in law or fact, it only provides for the reservation of quotas for Malays and natives of Sabah and Sarawak in certain matters.

We find ourselves up in arms at the fate of Muslims minorities in other countries like Thailand, Philippines, Myanmar and China.  We invoke freedom of religion when we hear of minarets being banned in Switzerland or burqas being banned in France. But if the rights of Muslim minorities should be protected in the face of the majority, why is it that we do not have the same vigour to protect the rights our non-Muslim minorities? Why must the rights of others here only be exercised if we deem those rights as exercisable?

So before you take offence at someone who is drinking in front of you while you are fasting, take a step back and think of your religion. Put aside your sense of entitlement and think; just because you are fasting, does it mean that everyone else around you must stow away their food and drinks?

Remember what Islam has instilled in you- not what Muslims have told you
- See more at: http://www.loyarburok.com/2012/08/01/we-are-entitled-malay-muslim/#sthash.cn6uTmB7.dpuf