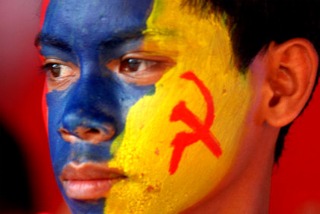 PROSPERITY: Peace talks will ensure the pursuit of jobs, justice and security for Mindanao folk will continue with vigour

This breakthrough, which eluded the negotiators for months, sets the stage for similar accords on the remaining two annexes to the Framework Agreement on the Bangsamoro, after which the Mindanao peace talks can come to a successful close, perhaps within a few months.

The basic peace architecture has been put in place, and major changes and significant progress are already taking place as the talks are ongoing.

The area's largely untapped resources within the context of a robust Philippine economy (7.8 per cent gross domestic product growth for the first quarter of this year) have attracted investors.
The Philippine government's Mindanao Strategic Development Framework envisions the region to be the country's main agri-industrial base and tourism hub, through sustainable usage of its rich natural resources and an educated, informed and participative populace, and bolstered by information and communications technology.

Mindanao accounts for 88 per cent of the Philippines' pineapple production, and 82 per cent of bananas. Agri-based products from the island contributed 25 per cent to the country's total exports, with earnings reaching US$3.6 billion (RM11 billion) in 2011.

It has great tourism potential, given its wide array of attractions, from culture, land-based adventures to water sports. The potential for mining are immense, given abundant mineral resources. Mindanao holds the world's largest nickel reserves, and has gold, copper, chromite, coal, silver and even oil deposits.

Of major interest is the Mindanao Development Authority's initiative to transform the island into a major producer of palm oil in the next two years through joint ventures with major oil palm industry players. Under this programme, oil palm companies would increase the total area devoted to oil palm cultivation to 177,000ha, from the current 54,448ha in Bangsamoro and the Caraga regions, with more to follow in the immediate future.

Peace dividends were evident with the several economic missions to Mindanao from other countries, including Malaysia. The first foreign investor to set foot in Cotabato after the signing of the Framework Agreement was a delegation of 19 Malaysian businessmen.

They saw for themselves not only the area's huge investment potential but also its safety and security situation. Other Malaysian delegations have since followed suit, notably from the Putrajaya Chamber of Commerce to Manila and the Tan Chong Group to Davao both in January, and the Federation of Malaysian Manufacturers to Manila in May.

The new political atmosphere in Mindanao is also paving the way for the final peace agreement. The senatorial and local government elections last May 13 resulted in a stronger mandate for President Aquino and his Liberal Party and allies. It also bolstered the new transformational leadership in Muslim Mindanao. Voters there poured their support to Mujiv Hataman who ran for Governor under the President's party, winning almost 60 per cent of the 232,253 total votes. Nur Misuari, who contested the same position, came in third and got only 13 per cent of the votes.

The momentum towards peace continues. A Transition Commission is now crafting a Bangsamoro Basic Law bill, and this will pave the way for a Transition Authority until the full implementation of the new Bangsamoro political entity in 2016, all within President Benigno S. Aquino's term of office. Development funds such as the Mindanao Trust Fund and a fund jointly administered by the United Nations and the World Bank, are now operational.

If there is a subject which both sides can now give their attention, it is on disarmament, demobilization and reintegration. This would also temper the gun culture among people in the region. Not enough emphasis was given this crucial aspect in the earlier peace accords with the MNLF.

There will be challenges even after the peace process comes to a successful conclusion, and the patience and commitment to peace of the parties will be tested. It is thus high time for concerned parties to "turn swords into ploughshares" and foreswear a recourse to arms.