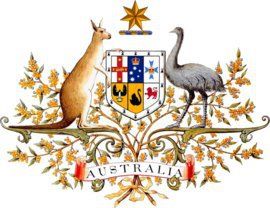 The best international bilateral relationships are based on mutual respect

We acknowledge their issues and sensitivities and they acknowledge ours. And between the two we try to sort it all out.

Well, for the past five and a half years the Australian government hasn’t applied this principle to our relationship with Indonesia. Instead, it has lurched between reckless self-interest and fawning deference toward our largest neighbor. Not surprisingly, the results have not been good.

The government recklessly cut off some of Indonesia’s food supply by banning live cattle exports, all on the back of a television program. The result is it not only unnecessarily antagonized Indonesia but we’ve lost much of that valuable trade.

Then there’s the issue of people-smuggling. Let’s state the obvious. The Australian government has spectacularly failed to harness the help of Indonesia to close down people-smuggling and protect our borders.

This is the most dramatic failure of Australian diplomacy since Gough Whitlam gave president
Soeharto a wink and a nod in Townsville in 1975 to invade East Timor (now known as Timor Leste).

During the Howard years the Indonesians told us on several occasions they thought the people-smuggling issue was our problem, not theirs.

I didn’t accept that. The Indonesians were up to their necks in the issue. Indonesian-flagged boats with Indonesian crews were bringing people illegally and for money to our shores.

I told them we were going to stop it. It was then, as it is now, a problem in our relationship that had to be fixed. At no time did I seek Indonesia’s permission to protect my own country’s borders. We have every right to protect our borders and we don’t need anyone’s permission to do so.

We adopted a policy of zero tolerance of people arriving illegally on our shores, especially in rickety Indonesian fishing boats. We refused to let the Tampa land people in Australia and as an extension of that policy we did turn back boats when we could.

In protecting our borders we treated our great neighbor with respect. We kept the Indonesians fully informed about our actions. We didn’t mislead or deceive them. But never, never, ever did we ask another country’s permission to protect our borders. No self-respecting government would do that. Ever.

And it worked. The boats stopped, the integrity of our immigration scheme was restored and our relationship with Indonesia went through a golden era.

We learned to help each other.

The then Indonesian foreign minister, Hassan Wirayuda, and I set up the Bali process to develop regional cooperation on people-smuggling. We worked with the Indonesian authorities to track down the people-smugglers and break up their cartels. We helped the Indonesian police and intelligence agencies track down and stamp out terrorism. We gave them A$1 billion to help with the reconstruction of Aceh after the tsunami in 2004.

I’ll never forget President Yudhoyono taking my hand in both of his and, with tears in his eyes, saying he would never forget Australia’s generosity and help. It was a moving moment. He made me shed a tear as well.

It all seems a long time ago now. Terrorism hasn’t returned but the boats have become an armada and hundreds of lives have been lost. It’s heartbreaking to see all our good work undone by Kevin Rudd, the global master of playing cynical domestic politics.

If John Howard had rung me and asked if he should sign a joint communique with Indonesia saying we would never act unilaterally to protect our borders I would have told him it would be a sell-out of our
national interest.

It would be weak and fawning. You don’t win respect signing documents like that. But that’s hypothetical. Howard, a patriot if ever there were one, wouldn’t have countenanced signing such a document.

In one of his first acts after returning as prime minister, Rudd did just that. No one in Canberra said it but I would have: it was weak, cynical domestic politics. Rudd sold out our national interests and in doing so won applause from the press gallery but lost respect in Jakarta. In 1975 Labor sold out East Timor to Jakarta and left us with a bloody mess to sort out.

Since 2007, Rudd has done a similar thing, but this time he has sold out Australia, not little East Timor.

The government has made a huge mistake signaling it won’t turn back the boats no matter how hard that may be. It sends a simple message. We’ll use the navy to facilitate the arrival of the boats, not to protect our borders. No wonder they keep coming. We are helping them, not stopping them.

It’s heartbreaking for me to watch all this. Rudd has undone all the good work we did and the best he has come up with is a new regional conference. We already have a regional process in place, the Bali process.

And a last thought: how come our foreign minister isn’t trying to fix this up? He spends his time on Twitter and Facebook. He’s the foreign minister: his job is to solve problems, not play with his iPad. It’s as sad as it is pathetic.
Alexander Downer, Adelaide | Opinion -The writer has served as foreign minister in prime minister John Howard’s Cabinet (1996-2007). This article first appeared in The Australian daily.