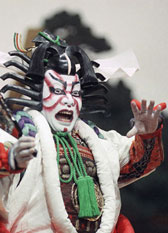 On 7 June, Japanese Prime Minister Shinzo Abe approved legislation to create a National Security Council (NSC), which will replace the existing Security Council. The bill is expected to pass the Diet this year, and is a revival of a proposal Abe made during his first premiership. The NSC will give a more centralised role to the Cabinet Office in national security and crisis management. Abe believes that centralised decision-making by the NSC would strengthen Japan’s national security and has used the US national security system as a model for reform, even though Japan maintains a parliamentary system

On the other hand, some features of the Security Council remain: a nine-minister committee will still provide advice on defence and national security issues, and when the four-member subcommittee considers basic defence policy, such as the National Defense Program Outline, other ministers will be able to join in on discussions. Abe wants to ensure that the NSC will be able to make prompt decisions when necessary, but also that it properly deliberates long-term policy.

The NSC is designed to contribute to prompt decision-making and facilitate information gathering for national security and crisis management. But will it succeed?

It is still unclear whether the NSC will become a central decision-making body or remain just an advisory institution. The four-minister committee will make final decisions, but these decisions may largely rely on information and policy recommendations from the ministries in Japan’s parliamentary system. The new bill does not prescribe the functions of the national security advisor and the chief of the secretariat and it is still unclear how power will be shared between them. Finally, the NSC will include existing members of the Cabinet Office such as the assistant chief cabinet secretary and the special advisor to the prime minister, while leaving out the deputy chief cabinet secretary for crisis. This means there is still institutional overlap, which may make it difficult for the NSC to make decisions quickly. NSC’s power to order information would be another area of concern in relation to related ministries and the protection of civil liberties.
The 2013 bill envisages remarkable change in Japan’s national security policy-making institutions. But Japan’s bureaucratic and organisational culture should be kept in mind. Most officials in the NSC are expected to come from existing ministries. When Japan tried to centralise the Cabinet Office, key officials found it difficult to work independently from their ‘original’ ministries. The NSC will face the same problems and needs its bureaucrats to be independent to be successful. The increased membership of the Cabinet Office may prevent the prompt decision-making that the bill seeks. In addition, the 2013 bill will not develop human resources for national security and crisis management. Institutions cannot work without relevant human resources. The NSC needs people who have been properly trained and understand security policy to work effectively, but Japan lacks institutions to provide this training.