Can Vietnam be another start-up nation? 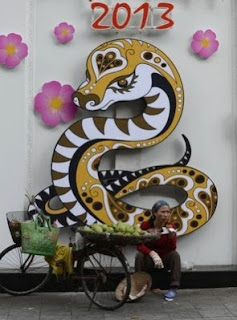 In order to overcome the middle-income trap Vietnam should focus on becoming competitive in its two areas of great potential: agriculture and information technology

This sentiment is shared by Dang Le Nguyen Vu, chairman and founder of Trung Nguyen Coffee. Vu suggests Vietnam should take Israel’s economic strategy as a model to become a ‘major power’, arguing that if Vietnam focused on its burgeoning industries of agriculture and IT it could become a more influential nation. Vu developed his own strategy and ideas for Trung Nguyen Coffee after consultations with world-renowned thinkers such as Howard Moskowitz, Joseph Nye, and Michael Porter. Trung Nguyen Coffee is now available in 60 countries, primarily because of Vu’s vital investments in innovation and technology.

Currently, there are few VC companies in Vietnam and according to experts Vietnam needs at least 20 more to become globally competitive. In the context of a top-down analysis, Vietnam is creating an environment conducive to such developments. In October 2012, the 6th Plenum of the Communist Party of Vietnam’s Central Committee emphasised ‘the need to continue the strong and synchronous renovation in the organization and management mechanisms of scientific and technological activities.’ The 6th Plenum resolved to encourage the private sector, in collaboration with state-sponsored sources, to set up new VC funds.

From a bottom-up perspective, Vietnam has several IT companies emerging on the global market. FPT Software is a prominent example, with revenue surpassing US$1 billion, joining the global top-100 companies in information technology outsourcing and business process outsourcing. Viettel, a Vietnamese IT group of US$7 billion in revenue, in addition to the domestic market, is also extensively investing in parts of Southeast Asia, as well as Africa, and Central and Latin America in an effort to reach one billion users worldwide by 2020.

The population and demography of Vietnam are also advantageous. More than 60 per cent of the population is between the ages of 15 and 65 with the median age standing at about 26.4, the primary working age, and Vietnam’s focus on developing human capital has helped it become an attractive venue for international IT companies. Samsung has recently opened a US$700 million factory in Bac Ninh, and the Intel chip plant in Vietnam is the company’s biggest. However, problems abound: Intel has yet to have enough personnel for its project, and Vietnam still falls short of institutions that can develop world-class IT engineers, programmers and software workers, indicative that Vietnam needs more VCs.

In regards to agriculture, Vietnam has 3.8 million acres of rice and is now one of the world’s top rice exporters. But this land could be used more efficiently. Local food security experts argue that if one fourth of rice fields were used for other purposes, Vietnam could still produce enough rice for domestic consumption and export. Agricultural efficiency could also be improved if relevant technologies, like those employed by Israel and Japan, were used. While the two countries have been cooperating with Vietnam on the ground, more is needed for a better cost-effective agricultural Vietnam. Developing agriculture will also enable Vietnam to become more environmentally sustainable

Both Vu and Hung agree that Vietnam must think strategically to achieve its goals. Vietnam should identify the products that have a comparative advantage and use the supply power of those niche products to create leverage for securing other resources. For example, Vietnam could use its influence as a major contributor to global food security to negotiate corresponding preferences, including the transfer of germane technologies. Though Vietnam has such bilateral agreements with Japan, Vietnam can develop regional arrangements via multilateral forums such as ASEAN, the Asia-Europe Meeting and APEC.

Vietnam must also address the challenge of market access. As a WTO member and negotiating party in the Trans-Pacific Partnership Agreement, Vietnam has begun to engage more actively in global trade. However, Vietnam has run afoul of anti-dumping rules, and non-tariff barriers have been raised to prevent Vietnamese products from entering foreign markets.

Finally, a VC-based strategy is feasible given Vietnam’s modest financial capability and low growth starting point. The development of agriculture and IT industries in Vietnam will be difficult considering the obstacles and unexpected challenges, such as the adverse impact of climate change or the turbulent politics in the South China Sea. Vietnam should confront those challenges with a wise strategy that can help turn Vietnam into a modern, environmentally sustainable start-up nation based on its relative competitiveness.

Le Dinh Tinh is the Deputy Director General at the Institute for Foreign Policy and Strategic Studies, Diplomatic Academy of Vietnam.