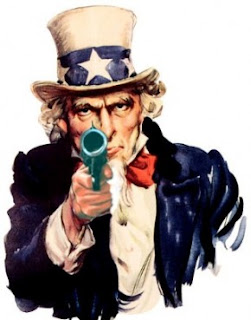 MANILA — The United States is negotiating an agreement to allow it to position military equipment and rotate more personnel into the Philippines while avoiding the contentious issue of re-establishing American bases in the country, according to officials from both countries

The negotiations for increased military access come amid simmering tensions between the Philippines and China over areas in the South China Sea claimed by both countries and moves by the United States to ensure it retains influence in the region even as China’s grows.

The Philippines, which has a small navy and air force, has been relying on support from the United States, a close ally, to modernize its military and upgrade its abilities. Part of this relationship has involved regular short-term visits by American military forces for joint training, humanitarian work and disaster response.

The arrangement under negotiation now would allow American forces to visit for longer periods and be stationed on Philippine military bases.

On Thursday, Adm. Samuel J. Locklear III, the head of the Pacific Command, said the United States was looking for access that would enable it to help the Philippines in its defense as well as to aid in responding to disasters. The admiral, who was responding to questions at a news conference, reiterated stated American policy that it would not reopen bases in the Philippines.

The United States maintained large military bases in the Philippines for nearly a century to counter imperial Japan’s expansion before World War II and, later, to ensure a regional presence in the cold war. But in 1992, the last American base in the country closed after street protests against what some saw as a painful reminder of decades of American rule, and a decision by the Philippine Senate to discontinue the American military presence.

But the presence of United States military forces in the Philippines remains controversial.

Raul Hernandez, a spokesman for the Philippine Department of Foreign Affairs, reiterated that no new American bases were planned and said any new agreement would be in line with the Philippine Constitution. He said the discussions with the United States involved the use of “rotational” forces.

“We continue to talk and refine with the United States the modalities and parameters for increased rotational presence of United States forces in the Philippines,” he said.

James Hardy, Asia-Pacific editor for IHS Jane’s Defense Weekly, said a likely model for the use of such forces in the Philippines was the Joint Special Operations Task Force Philippines, a contingent of about 500 members of the United States military who come from various branches.

The task force, which focuses on counterterrorism, has been based on a Philippine military base in the southern Philippines since 2002 in a facility that is officially considered temporary.
The United States has also used its former naval base in Subic Bay for ship visits.

Subic Bay is a special economic zone catering to private investors. Last year a subsidiary of the United States defense contractor Huntington Ingalls Industries set up operation for the stated purpose of servicing United States Navy ships, suggesting to some that the American presence in the area would grow.

Mr. Hardy said the American military’s use of Subic and the rotational presence model used in the southern Philippines were both indications of what an American presence in the Philippines might look like.

“Certainly the buildup in Subic by companies that expect to support the U.S. military suggests an expectation that this is going to be a semipermanent presence,” he said.

A version of this article appeared in print on July 13, 2013, on page A7 of the New York edition with the headline: U.S. Seeks Expanded Role For Military in Philippines.