Vietnam and Australia towards a Strategic Partnership? 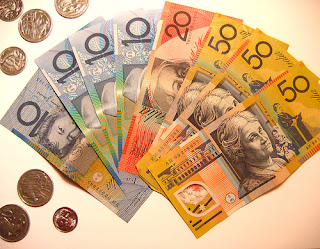 Thus far in Asia, Vietnam has established strategic partnerships with China, India, Japan, and Republic of Korea. Between now and the end of 2013, the country is scheduled to set up the same relationship with Thailand and Singapore and Indonesia. However, with the exception of Russia, Vietnam does not yet have a strategic partner in the Pacific Rim region. Despite initial efforts from both sides, talks about a possible strategic partnership between Vietnam and the United States, the two wartime foes, have been halted due to Vietnam's human rights record, which is criticized by the United States as worsening.

Conversely, Australia has in recent years engaged more deeply in regional economic, security and political structures like the ASEAN Regional Forum (ARF), the East Asian Summit (EAS), and the Asia-Pacific Economic Cooperation Forum (APEC). Yet apart from its close historical relationship with Indonesia, Australia only has a strategic partnership with one other country in Southeast Asia - China.

Nevertheless, for Vietnam, a strategic partnership with Australia is significant by all measures. If it were to be established, Vietnam would have strategic ties with all key states on the Asian-Pacific rim, from Japan to China (Northeast Asia), India (South Asia) to Singapore, Thailand, and Indonesia (Southeast Asia), and Australia (South Pacific). With such a strategic vision, Australia is certainly within the realm of Vietnamese defense and diplomacy officials' attention.

A possible strategic partnership between Vietnam and Australia would be premised on the existing comprehensive partnership, which was set up since 2009, gathering around three pillars: politics-security-defense, investment-economic-trade, and education-culture. Leaders of the two countries have constantly exchanged visits and met with each other in multi-lateral fora in recent years.

Bilateral trade has increased robustly (more than 20 percent per year) and reached US$5 billion in 2012, a 150-fold increase over the past 20 years. Vietnam and Australia claim different rank among the largest trade partners of the other, 15th for the former and 13th for the latter. The two countries are members of the ASEAN-Australia-New Zealand Free Trade Agreement (AANZFTA), parties in negotiations for a Tran-Pacific Partnership (TPP), and the Regional Comprehensive Economic Partnership (RCEP).

Australia is currently the 21st largest investor in Vietnam with investment capital of more than US$1.3 billion. The bilateral relationship is expected to be deepened in the coming years when Australia locates itself in the Asian Century. However, a strategic partnership is something more than economic interests, Especially it requires the two sides to identify core principles guiding the cooperation that brings in benefits for both states.

What would be the core principles of such a strategic partnership? For Vietnam and Russia, it is based on non-aggression, non-interference and mutual trust. For the US, any such partnership aims to be based on strategic, economic and values interests. To date, neither Australia nor Vietnam has advanced any clear foundational principles. Beyond the gust of diplomatic words spoken, a strategic framework to deepen bilateral cooperation has not yet been drawn out.

Yet the growing mutual trust between the two countries, and the release in Australia of two government white papers (Defense White Paper, and Australia in the Asian Century) highlight three broad principles upon which a strategic partnership could be established.

The first is defense. In recent years, Vietnam-Australia defense exchanges have increased. Last year, the two countries for the first time ever held a joint diplomatic-defense strategic dialogue at deputy-ministerial level in Canberra, and signed the Australia-Vietnam Memorandum of Understanding on Defense Cooperation.

The second is trade. There is scope here to pursue common objectives shared by both countries, such as regional trade liberalization, particularly through the execution of the Agreement Establishing the Asean-Australia-New Zealand Free Trade Area. At the same time, promoting greater commercial engagement through the work of the Vietnam Australia Joint Trade and Economic Cooperation Committee would facilitate the mutual advantage of deepening economic ties as both economies evolve and expand.

The Third is development assistance. To facilitate sustained growth of bilateral trade and economic cooperation, Australia's development and technical assistance can provide valuable resources to deal with the challenges of a rapidly growing economy. In particular, technical assistance in the provision of basic services, cooperation and assistance in the development of clean energy and sustainable agriculture, and the provision of educational scholarships are areas where fostering of economic and cultural ties can continue to deepen.

These existing ties demonstrate that the two countries have already established a firm relationship based on trust and mutual cooperation. For Vietnam, establishing a strategic partnership with Australia, a unique country that embraces both European and Asian, western and oriental characteristics, is desirable and necessary. For Australia, it may depend on how an important and bigger role its partner would play in regional issues and bring in economic benefits for Australian businesses.

Of course, other considerations may impede such moves - Australia, for example, will need to accommodate other strategic considerations closer to its shores. It will also be difficult to strike a balance between strategic partnerships with both China and Vietnam. Human rights may also be a concern. However, finding balance is imperative, given the diversity of cultures and interests in South-East Asia and the Pacific. Moreover, greater interdependency has the potential to strengthen human rights norms, rather than diminish them.

Merging these different priorities into a strategic partnership would give greater meaning to existing agreements. By signalling that defense, trade and development assistance are part of a unified vision for continuing bilateral relations, Australia and Vietnam set a precedent for the kind of strategic partnership that will consolidate both countries' presence in the Asian century. Clearly the way forward amongst many countries in the region is to strengthen bilateral ties - establishing a strategic partnership between Vietnam and Australia would be a natural consolidation of four decades of deepening relations.