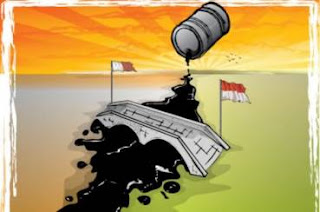 Indonesia needs to make a sharp political turn to save the future of its oil and gas industry.

Politicians and policy makers must be willing to accept unpleasant realities and move away from the fantasy they are living in. The reality is, our oil industry has been in trouble for more than a decade and, as a result, Indonesia has become an oil-importing country.

So, what is wrong with our oil industry? I think the problem lies much more in the political realm rather than the technical. Gearing toward 2014, many politicians are tempted to garner public support by creating public misconceptions about the industry.

We saw this in the petition to the Constitutional Court to abolish upstream oil and gas regulator BPMigas. Building on nationalistic rhetoric, the petitioners argued that the domination by foreign oil companies in Indonesia was detrimental to the social welfare of Indonesians. Thus BPMigas, which failed to prevent the foreign domination, was dismantled and replaced by a different organization so that the state could retain its control.

This nationalistic sentiment has continued into 2013. On the first working day of 2013, the government, pressed by various interest groups, decided to terminate the assignment of the CEO with ExxonMobil Indonesia. It is understood that the move was made following ExxonMobil’s decision not to proceed with its divestment plan on its production sharing contracts (PSCs) in Aceh. Some Indonesian oil companies were known to be interested in those blocks.

Within this nationalistic rhetoric, we often hear that Pertamina, as a state-owned oil company, should be given more privileges in operating production blocks. The logic is that since Pertamina is a state-owned company, it can be considered as the proxy of the state. Thus, giving more privileges to Pertamina would allow the state to better control its oil assets. And once the state has more control of the assets, people’s welfare would be increased.

A notion of a direct causal relationship between increasing control and improving welfare is an illusion to say the least. The state can ensure maximum welfare without involving itself in the management of oil assets. This can be done through ensuring optimum production splits, taxation and so on. Having direct operational/managerial control of oil assets would expose the state to inherent high-risk features of the industry — something that the state should avoid.

So, what should we do to increase the welfare of Indonesians from the country’s oil? There is no doubt we have a great deal of potential in oil. But, we have to understand that it takes a lot of money and technology to explore for and exploit oil.

The Indonesian oil industry has contributed significantly to the economy and has the capacity to do even more. But to achieve that, politicians must make a sharp U-turn. It is time to stop detrimental political distortions and start working to ensure the introduction of good policies to increase oil reserves and production. By Rahmad Pribadi, Cambridge, Massachusetts. The writer is a master of public administration candidate at Harvard University, US.