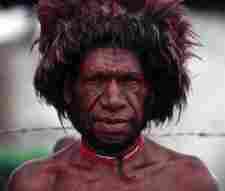 In late 2012 Papua New Guinea Prime Minister Peter O’Neill delivered a series of speeches that give clues to the country’s growth and political aspirations.

For some time, observers of the country have been kept on a slim diet of academic analysis or fragmented news items for their understanding of the country and the intentions of its political leaders.

As PNG emerges from a politically disruptive past two years, O’Neill has been speaking out abroad. At the Bali Democracy Forum and the Lowy Institute for International Policy, O’Neill clarified his government’s objectives over its five-year term. Two broad priorities can be drawn from his remarks. First, O’Neill wants to increase the proportion of citizens who participate in and benefit from the resource economy. Second, the government wants to upgrade PNG’s national infrastructure and increase productivity.

Both goals depend considerably upon PNG’s economic relationship with Asia. PNG has vast stockpiles of copper, gold and nickel, and there is a steady roster of countries — China, Japan, Korea, Malaysia, the Philippines and Singapore — increasingly interested in purchasing and investing in its minerals. Supplemented by a lucrative future in Liquefied Natural Gas, the country’s GDP growth is currently at 9 per cent and is expected to almost double by 2016.

While it is easy to be euphoric about PNG’s trade and investment relationships in Asia, they will be geared toward shared interests and not values. PNG is a political outlier in Asia. It has a chaotic Westminster democracy, a political system only India, of Asian nations, is able to understand. This is important to note, especially at the cusp of a resources boom, because it will make it difficult for PNG to create meaningful ‘non-business’ alliances with its Asian trading partners. With that in mind, PNG should consider Lord Palmerston’s well-worn dictum that ‘nations have no permanent friends or allies, they have only permanent interests’ as it becomes more intertwined with Asia.

In order to sustain its resource commitment to Asia, PNG will need to build a decent national infrastructure. In O’Neill’s words: ‘You cannot grow an economy in a first-rate way with third-rate infrastructure’. PNG’s most recent budget commits $12 billion kina (US$5.8 billion), over five years, to upgrading the nation’s highways, roads and ports. To place this fiscal commitment in context, $12 billion kina is equal to PNG’s total national budget in one year.

But PNG’s infrastructure problems are not due to a historical lack of investment and overseas assistance. PNG’s 700km Highlands Highway, for example, which is a relic of PNG’s infrastructure failure, has received billions in funding and overseas aid with very limited results. Still, while rhetoric around large-scale public infrastructure in PNG should be treated with some caution, the renewed political focus on the sector is welcome, particularly in the context of a growing economic imperative from Asia.

On O’Neill’s radar, too, are government measures to improve productivity — an area on which he says that it ‘has never really focused’. PNG is not the only developing state with abundant natural resources, and the government is aware that it will have to supply its buyers more efficiently in the coming years to remain globally competitive. If the government listens more carefully to PNG’s business sector and implements their suggestions, which range in ares from law and order to skilled labour, it can realise productivity gains.

While O’Neill has given some clarity to the intentions of his government until the 2017 national election, a more enduring guide may lie in the production of a well thought-out and measured foreign policy document. Australia recently completed an Asian Century White Paper, and a PNG equivalent is at least worth discussing. PNG has used similar documents in the past — it issued the PNG Foreign Policy White Paper in 1982, for example. But the appetite for such papers seemed to have disappeared as the country lurched from one political crisis to the next.

PNG Vision 2050, published in late 2009, is the PNG government’s latest attempt to bring the nation’s goals together across a range of sectors. The very brief ‘international relations’ section outlined four objectives, including directing aid to national priorities, establishing Trade Commission Offices in relevant countries, increasing bilateral and multilateral relations in international forums, and ensuring the country’s foreign policy reflects the national interest. Should the government wish to pursue an Asian engagement strategy, these objectives may be a fair place to start.

Finally, O’Neill seems aware that PNG cannot live on extracting resources forever. In his Lowy Institute speech, for example, he stated that PNG had become ‘relaxed and comfortable’ and perhaps ‘complacent’ in exporting minerals and forestry. This raises valid questions for potential growth sectors outside of resources such as agriculture and perhaps tourism. These sectors also depend on infrastructure and productivity, so O’Neill’s two priorities could broaden PNG’s economy. While a gap between rhetoric and results is common in PNG politics, many of the country’s citizens, and at least parts of Asia, will be watching PNG’s government more closely than ever.

Sean Jacobs is a former Australian youth volunteer in the Pacific and has worked with all levels of government in Papua New Guinea. East Asia Forum