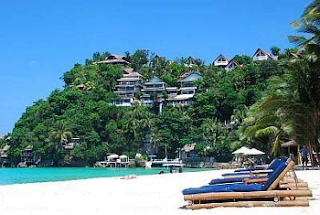 Hong Kong's taint of anti-Asian racism has been reconfirmed with the decision to keep the Philippines on a tourist destination black list that puts the territory's closest Asian neighbor on a par with Syria.

The supposed reason for this status, which is intended as a deterrent to Hong Kong people to keep them from traveling there, is the death in 2010 of seven Hong Kong tourists in a botched rescue during a shootout in Manila. By contrast, 60,000 civilians were killed in Syria last year, along with 502 foreigners, according to the United Nations.

The actual reason more likely is the same as why the government makes zero effort to enforce its own labor laws, which are supposed to protect the wages and working conditions 350,000 brown Southeast Asians, mostly from the Philippines and Indonesia, and who sustain the living standards of the top 25 percent of the territory's 7 million population.

It also is now doubtless influenced by officials trying to prove themselves patriotic in response to Philippine resistance to Chinese claims to the whole of the South China Sea including islands and banks close to the main Philippines islands and fished and navigated by non-Chinese for centuries before Chinese vessels ventured offshore. For Chinese historiographers, the Malays either did not exist or were a subservient people to the masters of the universe in Beijing.

Of course many Hong Kong tourists have died in shootings and other murderous incidents in Canada, the US, the mainland and elsewhere. But the government would not dare put them on a Black List however egregious the events. Imagine for example the howls of rage from Hong Kong had it been put on a black list after, say, 30 Americans had been on the tourist ferry which recently sank on a calm clear night in Hong Kong waters rather than the 34 local residents who died?

The Philippines does not of course forget that it is not long since three of their own tourists were killed in broad daylight on Tiananmen Square, the most heavily policed spot in all of China. As for the carnage on China's roads: tourists are no exception to the dangers of travel by car and bus.

Hong Kong people are actually more sensible than their leaders. Numbers visiting the Philippines have been on the rise, according to the Philippine Department of Tourism reaching 118,000 last year. But they are still small compared with those, led by the Koreans, who have begun to make the country the tourist destination which it should be. Philippine failure to develop tourism has nothing to do with security issues - even much of Mindanao is safer than much of India - but mostly with inadequate tourist infrastructure and the failure of its airlines to develop tourist routes.

Security is a fig-leaf for Hong Kong officials' notions of ethnic superiority which can only do damage to the views of China entertained by all its Southeast Asian neighbors, particularly the 400 million ethnic Malays of Indonesia, the Philippines, Malaysia and Brunei.

Not only is animosity rising due to China's territorial claims and assumptions of restoring some mythic era of their paying tribute to Beijing. It is being exacerbated by the surge in illegal mining, forest destruction and flagrant tax evasion being carried out by local Chinese working with mainlanders, for shipment to the mainland.