Politics and Power in Singapore 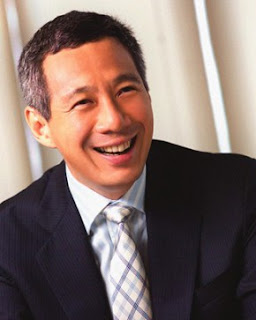 Au followed up his original blog with three others delving into other concerns as the issue began to gain traction among Singaporeans.

For his troubles, Au received a demand letter from Prime Minister Lee Hsien Loong saying that his claims were "false and baseless" and asking him to take down his first blog post -- along with accompanying comments -- and issue an apology. It was a familiar move: the Singapore government has often been criticized for using defamation suits to silence dissenters.

The story began with the Ministry of National Development's release of the Town Council Management Review. In the review, it was stated that the Aljunied-Hougang Town Council, run by the opposition Workers' Party after they won Aljunied in the 2011 general election, had received a "red score" for its management of arrears of service and conservancy charges.

However, the opposition town council had been handicapped by the abrupt removal of financial software used to keep its accounts after AIM decided to terminate the lease "due to material changes to the membership of the town council." The Workers' Party was thus forced to develop its own software on short notice.

The termination of the lease upon the Workers' Party takeover led to suspicions that the services had been denied an opposition ward for political reasons. It would not be the first time such suspicions have been held: the PAP has been criticized for using promises of upgrading to win votes, while constituencies who vote for the opposition will have to wait. It has also been suspected that the government chose not to open a new train station in opposition-held Potong Pasir until it returned to the PAP. In fact, during the 2011 General Election, former Minister Mentor Lee Kuan Yew had warned voters that they would "repent" if they voted for the opposition.

AIM's termination of the lease to the Aljunied-Hougang Town Council became more controversial, however, after it emerged that the company is wholly owned by the PAP. The website TR Emeritus revealed AIM to be a dormant company with paid-up capital of a mere S$2. Its three directors, Lau Ping Sum, Chandra Das and Chew Heng Ching, had all been former PAP members of parliament.

The revelations sparked concerns among Singaporeans over the fact that a piece of software developed by public funds for the running of town councils had been sold to a private company wholly owned by the governing political party.

A stream of press releases and statements from both the PAP and AIM have sought to deny any impropriety. A statement by Dr Teo Ho Pin, the coordinating chairman of the 14 town councils in the hands of the PAP, was published in full in the mainstream media, in which he explained that although five companies had collected tender documents, only AIM submitted a bid, and was therefore selected.

"We were confident that AIM, backed by the PAP, would honor its commitments," Teo wrote.

AIM's director, Chandra Das, also came forward to explain why AIM had submitted a tender proposal while the other four companies who had picked up documents chose not to: "AIM participated in the tender not knowing other companies would not do so. The sums involved in the transactions are modest. But as a PAP company, we wanted to be helpful to the PAP Town Councils. So we were ready to take on the task and submitted the proposals to help the PAP Town Councils achieve their goals."

Yet none of these statements addressed the major issue. Critics question the propriety of selling off public services to companies with political affiliations.

The prime minister's reaction to Alex Au's blog posts indicates that the government may not be eager to address this concern. Au has removed the posts from the Internet. On Jan. 5, the blogger issued a public apology saying he recognized that publication of the controversy was an accusation of corruption on the part of Lee Hsien Loong.