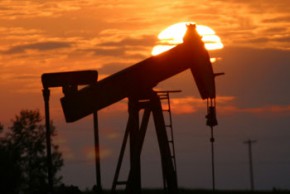 Trade wars increasing over cars, apples, wheat and animal products and more
In a country where court decisions often seemingly have little to do with the matter at hand, it is tempting to suspect a certain choreography behind the Indonesian government's attempts to assert its hegemony over multinationals operating in the country's energy sector, and that such attempts stem from a government policy to take over a much wider spectrum of investment and commerce through nationalist industrial policy.

That is a policy that has delivered discomfort to countless nations that have tried it. Nonetheless, Indonesia appears to be doing exactly that, with import substitution spats going with at least five countries.

In the case of the oil industry, months ago a consortium of 42 organizations and individuals brought suit in the Constitutional Court to review the 12-year-old law that brought Indonesia's upstream gas regulator into effect, a case that moved smoothly through the system.

The plaintiffs included Muhammadiyah, one of Indonesia's largest Muslim groups, and business organizations, many believed to be closely aligned with the government, and particularly with Hatta Rajasa, the 59-year-old coordinating minister for economic affairs and an official with presidential ambitions.

Under the terms of the 2001 law, BPMigas's job was to grant rights on production-sharing contracts to oil and gas producers to explore for oil and gas. Most of those contracts are with multinational producers. The court ruled on Nov. 13 with immediate and final effect, throwing the sector into confusion, although it's clear that President Susilo Bambang Yudhoyono saw it coming.

On the same day, SBY issued Presidential Regulation 95, transferring BPMigas's powers and responsibilities to the Indonesian Ministry of Energy and Mineral Resources.

Within a month, BPMigas and its chairman, Raden Priyono, who was thought to be too friendly with the companies he regulated, had been replaced by SKMigas, headed by Jero Wacik, the energy and resources minister. In early January, Jero in turn let it be known that Richard J. Owen, the chief executive of ExxonMobile Indonesia, had in effect been kicked out of his job over refusal by the US oil giant to divest itself of gas fields coveted by Indonesian companies.

Along with a campaign to arrest Chevron Indonesia officials over what appeared to be trumped up charges over an environmental remediation project, that has generated considerable legal uncertainty over the future not just of the oil and gas sector but a whole range of multinational investment and services including beef, soyabeans, cars, oil and mining.

"On a range of products and issues, the drumbeat of protectionism is now constant and there is very little pushback from anyone," said a Jakarta-based source with connections to the government. "The Indonesians act like they want to pull up the drawbridge." But little of it appears to be ideological and the odds are still that if companies and investors wait it out, once the rent seeking and jockeying for the 2014 presidential race is over, the country will get back to normal and want to do business again.'

Not content to wait, the United States on Jan. 10 notified the World Trade Organization of a request for consultations with Indonesia over growing restrictions on imports of horticultural products, animals and animal products. The request formally initiates a dispute within the WTO, according to a press statement on the WTO website.

The Indonesians are reportedly restricting beef imports in an effort to drive up the price of local beef on the theory that rising prices would spur development of a domestic beef industry. Also in dispute are apples and vegetables.

Indonesia's Trade Minister Gita Wirjawan told Reuters the government was "preparing materials" and will communicate directly with the US about the trade issue.

"We will prepare all the needed steps to resolve these problems," he said in Jakarta. Somewhat embarrassingly, at a time when the country is turning towards a self-sufficiency economy, it has fielded a candidate to head the WTO itself. The country is also separately being challenged by Australia, Turkey and Sri Lanka over a 20 percent emergency tariff on wheat flour.

Indonesia has been a multinational investor favorite since the onset of the global financial crisis. As the rest of the world crashed, gross domestic product remained in positive territory and has been there ever since, built on a big domestic consumer market and exports of natural resources including coal, palm oil and timber, much of to China. However, the country risks turning investor sentiment against it at a time when commodity prices of Indonesia's major exports have started to dive. For instance, palm oil prices, now at US$2,238 per tonne, are 46 percent off their cyclical high and look like they could fall further. Copper has fallen 19.9 percent from its high, China coal -- Indonesia's major coal partner -- is off. 8.7 percent.

As Asia Sentinel reported on Jan. 11, the investment climate is growing so hostile that both Chevron and ExxonMobile, which have been operating in Indonesia for decades, are growing fed up with policy shifts and the climate of hostility toward multinational companies. Executives say they are confused and worried over the future but are concerned about speaking out for fear they will be forced out of the country as well. Chevron warned SKMigas that the deteriorating investment climate could lead to lower future investment by the company, which has been operating in Indonesia since 1952 and is the country's largest oil and gas producer.

The question is when this is going to come back to bite the country in terms of access to technology and international fund flows into the country. Indonesian companies have shown little aptitude in building anything on their own. Last May, for instance, BPMigas head Priyono in a report told the Indonesian House of Representatives that only five of the 56 companies operating on production-sharing contracts in the country had been able to meet their designated targets. Asia Sentinel