In India, apathy towards women begins in the womb 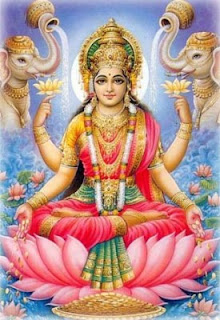 Just paying lip service, or will Indian men back protest with action?

AS AN Australian of Indian origin, I have been lucky enough to enjoy frequent trips to Delhi. Summer vacations are coloured by fireworks at Diwali, dancing at never-ending Indian weddings, watching Bollywood movies and almost annual family excursions to the Taj Mahal. But these experiences are tempered by perspective and comparison that living between two countries brings.
What has often struck me is the difference between being a woman in Delhi and a woman in Melbourne. In India there is a constant feeling of insecurity that is almost oppressive.

You are hyper-aware, never speaking to anyone you don't know - particularly men - avoiding eye contact, taking the women's carriage on the Metro and dressing conservatively to blend in as much as possible. And yet in spite of all of these measures you are still never safe. There isn't one trip where an attack on a woman - often publicly, by a gang of men - is not reported in the media. But more devastating is the knowledge that thousands of women across India often experience similar behaviour without an outlet for assistance or justice.

In light of this experience, the recent gang-rape of a young female student on a bus in Delhi shocks but does not surprise me. In a country where women are silenced, and any harm done to them is seen as indicative of their own recklessness, men are able to act with impunity.
This unfortunately means that acts of violence become more aggressive. The media attention surrounding the recent tragedy has highlighted the pervasive misogyny that is present in contemporary India.

A politician called women ''painted and dented'' for protesting and alleged that ''rape victims'' were often prostitutes who were not paid.

Exposés of Delhi police show they believe women who come forward with rape accusations just ''cry wolf''. In any event, they are to blame for dressing immodestly and conducting themselves inappropriately, and in extreme cases victims have committed suicide after police harassment.
This apathy towards violence against women begins in the womb with female infanticide. With dowry deaths and child marriage so prevalent, India is regarded as the worst country in the G20 to be a woman.

Running alongside this almost sociopathic lack of empathy by the powers that be is the strong fight by Indian women, particularly younger women, who have had enough.

They are expected to excel in school and work and obtain the Westernised lifestyle sold to them on television and in movies, yet they are told not to drive alone on Delhi roads after midnight.
This is where the true problem lies: a generation of women are being raised in an economy that requires their participation but in an environment that favours their containment.

Thankfully, these women are no longer happy to be cowed into submission, and are actively fighting on behalf of the now deceased rape victim, joined by many men. But I wonder how many of the men who are protesting have to a lesser degree perpetrated injustices against women.

How many have stared, leered, followed, catcalled, or ignored others who have behaved in the same manner? Anger and outrage are easy emotions to express, particularly in the face of the graphic violence endured by the victim, but should not be confused for action.

In conjunction with this outpouring of shame and disgust, there needs to be a collective adoption of responsibility for what happened on that ill-fated bus journey. A community that accepts sexual harassment as a byproduct of being a woman creates an environment where these events will transpire.

In order for India to move forward, blame needs to return home. Every individual who has felt outrage at this event cannot go home and impose different obligations on their daughters as opposed to their sons: criticise her clothing, plans and expect her to defer to the judgment of men in her household without raising in the minds of their sons that women need to be controlled.
They can no longer look the other way when they hear of dowry harassment, domestic violence or witness what is known in India as ''eve-teasing'' (sexual harassment), otherwise they are part of the problem.

The women of India deserve more than the ongoing protests; they deserve every individual to take leadership on this issue. It is easy, and arguably an Indian pastime, to blame police, politicians and the bureaucracy; it is much harder to make a commitment to change your own behaviour. Failure to do so will mean that horrific actions will continue to be perpetrated on mothers, daughters and sisters across the country.
By Priya Wakhlu arts/law student at Monash University.