Brunei as the ASEAN chair: Small but sure 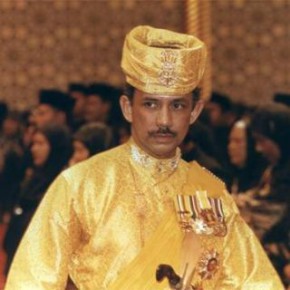 Brunei Darussalam, with a population of a mere 400,000, will this year play host to a series of summits among the world's most powerful countries to determine the future of Asean and the Asia-Pacific region.
As the current Asean chair, whatever agenda the oil-rich nation chooses to take up, it will reflect the grouping's prospects and challenges. One thing is clear: the nation is truly Asean as it joined within the first week of independence in 1984. Throughout its nearly three decades of membership, it has never stirred up any controversy. Given the unprecedented political development within the grouping last year, and its ongoing comprehensive community building until 2015, Brunei has a huge task to perform.

There are three basic issues Brunei must tackle to ensure the sustainability of Asean centrality and relevance over regional concerns. First, the chair has to manage the major powers' relations with Asean - whether they come under the so-called plus one or Asean-led forums, as well as the conflict in the South China Sea. Second, the completion of the Asean Community in 2015 will mean zeroing in on its economic pillars. Finally, instilling the spirit of Asean among its youth across the region so they can carry the torch for future generations.

Engaging with the major powers, especially within the framework of the East Asia Summit, has become a big headache for Asean due to the intensification of power projections and competition as never before seen between the US and China. Throughout four decades of history, Asean served as a fulcrum, for those powers to agree and disagree on regional or even global issues, without hurting its longstanding impartiality and intra-Asean relations.

After all, Asean has never taken sides. Big or small powers, when they come into the Asean-led forum, will receive the same treatment and hearings. Without its much valued non-threatening and neutral character, Asean will find it difficult to function as effectively as before.

Top of the political and security agenda is the ongoing conflict in the South China Sea. Brunei's first priority is to lower the current tempo of war-beating rhetoric, fired by nationalistic sentiment, so that it will not get out of hand. Brunei can ideally perform this role, particularly in restoring mutual trust among all claimants, as it has always been discreet in its diplomatic approach both bilaterally and multilaterally without raising any decibels. Furthermore, Asean records also show that Brunei is very Asean-related to positions and policies on maritime disputes, since the grouping has negotiated for peaceful solutions with all concerned parties. It has never broken ranks with Asean.

For the next twelve months, Brunei needs to exercise its limited power through reservoirs of creditability and goodwill, to push forward the Asean-China dialogue and drafting process of a code of conduct (COC) in the South China Sea. Progress, or the lack of it, will serve as a barometer of future relations and indirectly shape the parameters in which outside players can get involved. Since July 2010, the US has helped to highlight the strategic values of freedom and safety of navigation in the disputed sea. Other stakeholders such as Japan, India and Australia have stressed the importance of international rules of law.

For Brunei, this could be a tricky situation. Over twenty years, China and Asean have perfected the art of procrastination, citing myriad obstacles — imagined or real — to block further moves. Crunch time is here, as Asean is feeling the heat. Whether Brunei can clean up venomous residues over the existing maritime conflict and make progress during its chair will depend on how practical and realistic the chair is. As a necessary first step in restoring mutual trust, it is pivotal to build and improve on ideas proposed by China and Asean over the years. Previously, Asean turned down two successive Chinese proposals to set up an EPG (Eminent Persons' Group). The first called for an EPG with only representatives from conflicting parties — China, Vietnam, Malaysia, the Philippines and Brunei. Early last year, Beijing forwarded the second amended plan to include all Asean members to work on common positions without a timeframe. The most doable idea was a hybrid one - a plan to establish an eminent persons' group comprising representatives, officials or non-officials as the case may be, from Asean and China. The Asean-China Eminent Persons' Group, or any agreed name, would be given a full mandate and tasked with a specific timeframe to draft the code of conduct. Brunei could also utilise best practices from Asean experiences. A similar group was set up to draft the term of references (TOR) for the Asean Charter and the Asean Intergovernmental Commission for Human Rights. Before the group agreed on the TOR, representatives thrashed out mercilessly their differences in any way they could. However, once the consensus was reached, there would be no turning back and the outcome would be given a rubber stamp by the higher authorities.

With Asean and China at a negotiating table from the very beginning, Asean could quickly restore trust with China and vice versa. From Beijing's perspective, the grouping's Proposed Common Elements on the COC is actually an effort to gang up against China on territorial and jurisdictional claims. Meanwhile, Asean must also show that the grouping is united on the issue with a common resolve.

There are two ways to do it. First, at the upcoming 22nd Asean Summit in April, Asean can reiterate the six principles of the South China Sea agreed last July. Secondly, Asean and China should pursue joint development projects as outlined in the 2001 guidelines. These steps, including self-restraint, would remove them from the dangerous path of confrontation.

China has to take advantage of Brunei's chair. Myanmar, as the next Asean chair, will be a different ballgame altogether. Nay Pyi Taw is also co-ordinator of Asean-US relations (2012-2015), which has been strengthened through the personal intervention of President Barack Obama and his rebalancing policy in Asia and outreach programmes. Should substantive progress be made over the drafting of a code of conduct and rehabilitation of trust, it would serve as a template for future chairs.

On realisation of the Asean Economic Community, Brunei will need to take the lead, together with help from the private sector.

A scorecard by the Economic Research Institute of Asean and East Asia, showed that 25.5 per cent of areas in service, investment and trade facilitation would need an extra push if Asean is to complete its full economic integration. Doubtless, Asean's credibility and reputation is very much linked to the grouping's economic integration.

Continuous leadership in the next three years leading to the one single community is imperative. The chair would call for closer consultation between Myanmar and Malaysia, which will chair launching of the Asean Community in 2015.

Finally, nearly half of Asean's 600-million people are mostly young. It is therefore crucial to instil in them the spirit of Asean and togetherness. For Asean to prosper with support from its citizens, young people must learn more about Asean and its members. People-to-people and institution-to- institution interaction across the continental and archipelagic region will be an essential tool to make Asean a people-driven community. Brunei needs to set good examples to realise its slogan: "Our People, Our Future Together". The Nation, Bangkok