The Case for Gender Equality 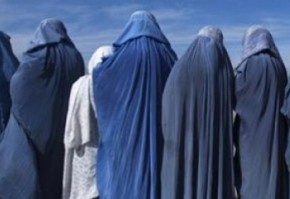 Barefoot, ignorant and pregnant equals backward, poor and overpopulated
The longer countries and societies work to deny women their rights, the more it will cost them economically, according to a new report issued today by the Organization for Economic Cooperation and Development.

The implications are that those countries that systematically keep their women barefoot, ignorant and pregnant risk being dramatically outstripped by those that do educate them and allow them a meaningful place in the workforce, according to the 354-page report, Closing the Gender Gap: Act Now.

The evidence is that strides made in gender equality in recent decades have had an enormous impact on poverty in the developed world, with greater educational attainment accounting for about half of the economic growth in OECD countries in the past 50 years, according to the report by the 32-member organization, with much of that growth stemming from bringing girls to higher levels of education.

However, there are still obstacles in far too much of the world. In Afghanistan, for instance, girls are often taken out of school at puberty and there is an enormous lack of female teachers, who are fundamental in a country where girls cannot be taught by men after a certain age. Literacy rates among young Afghan women are disturbingly low, with only 18 percent of women between the ages of 15 and 24 able to read.

Other studies show that most of the countries where discrimination against women is the highest are the traditional Muslim societies of the Middle East and North Africa, in which family, penal and citizenship laws sentence women to a subordinate status. However, such inequality extends to other areas governed by primitive religious views.

"In recent years, the literature has produced evidence indicating the gender inequality tends have a negative effect on economic development, according to a World Bank study titled Gender Equality and Economic Development: The Role for Information and Communication Technologies which indicates that if the countries of South Asia, Sub-Saharan Africa and the Middle East and North Africa had achieved gender equality in schooling during the period 1960 to 1992 as rapidly as in the East Asian countries, their income per capita could have grown by an additional 0.5 to 0.9 percentage point per year. Compounded annually, "for Africa, this would imply an almost doubling of per capita income growth," the World Bank study showed.

High childcare costs too often mean it is not economically worthwhile for women to work full-time, that workplace culture penalizes women for interrupting their careers to have children, and that women continue to bear the burden of unpaid household chores, child care and looking after aging parents, according to the OECD study.

Although improving the female labor market outcomes is needed to produce strong, sustainable, balanced economic growth, too often persistent discriminatory social institutions and cultural norms restrict the economic and social role of girls and women in most countries across the world.

There are some gender differences that go in the opposite direction. For instance, as has been widely reported, although enrollment in primary education is nearly universal in many countries, boys are more likely to drop out of secondary education than girls, while younger women are increasingly better educated than young men. Girls outperform boys in reading but lag in mathematics, albeit to a lesser extent than boys in reading.

These issues play out in both entrepreneurship and employment advancement. Although girls have high academic aspirations and employment expectations, there are systematic gender differences in areas of study in both college and vocational training.

While female participation in the work force has generally increased, and gender gaps in labor participation have narrowed, occupational segregation hasn't improved, pay gaps persist and the glass ceiling remains in place at senior job levels, the OECD report shows. Women are less keen than men in starting their own businesses and female entrepreneurs remain a minority in all countries including the rich ones.

The enterprises that women do start are smaller and less represented in the capital intensive sectors, "which generally penalizes their sales, profits and productivity." The enterprises rely substantially less than men on loans."

There is a large body of both theoretical and empirical analysis of the link between investment in human capital and economic growth. One additional year of average education for both men and women would raise output per capita in developing countries by as much as 10 percent annually.

"The increase in educational attainment accounted for around 50 percent of economic growth (2.1 percent per annum) on average for 30 countries from 1960 to 2008), of which more than half was due to increased female educational achievement."

Although gender inequality is prevalent across the world in different forms including such apparently advanced states such as the United States and Japan, in some areas such as North Africa and South Asia, it means unusually high mortality rates for girls and women, which not only means high health care costs, which handicap economics, but a preponderance of men in the total population. That is aside from the pernicious practice of foeticide of female babies, particularly in India and China.

"By drawing on the experience of South Asia, where gender inequality finds a particularly sharp expression, we argue that gender discrimination hurts not just women, but imposes a heavy economic cost on the society by harming the health of all, including that of men, Amartya Sen and Siddiq Osmania argued in a report titled The hidden penalties of gender inequality: fetal origins of ill-health. "South Asia is currently undergoing an 'overlapping health transition', in which a new regime of diseases is gaining prominence even as the old regime continues to wreak havoc. Gender discrimination aggravates both regimes at the same time—albeit through different pathways—and thereby raises the economic cost of managing the health transition."

In most of the Subcontinent, female mortality rates are significantly higher than expected given the mortality of men (in the respective age groups).

"This type of gender inequality is not the result of conscious homicide. Rather, the mortality disadvantage of women comes about mainly through a widespread neglect of health, nutrition and other interests of women that influence survival." Asia Sentinel