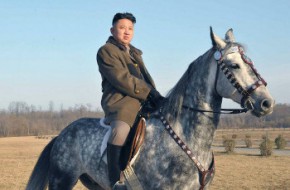 Delicate dance with opening up but not too much

The early January visit to North Korea by Google chairman Eric Schmidt has focused attention on North Korea's fledgling attempts - if indeed they are attempts - to steer a cautious course towards opening up the flow of information to some of its citizens.

In fact, however, Schmidt and his entourage are not attempting to write upon a tabula rasa. North Korea has been struggling, however tenuously, for some time with the arrival of modern technology in the form of mobile phone access and an intranet that at least allows access to approved domestic websites.

Yesterday, the Associated Press reported that Pyongyang would loosen its restrictions on foreign cellphones and would allow visitors to bring their own phones into the country. Visitors can rent phones or SIM cards at the airport to use in their own foreign phones that allow foreigners to make calls abroad, contact foreign embassies in Pyongyang, and ring international hotels. But the SIM cards don't allow them to call local North Koreans, and don't provide Internet access.

The loosening is at odds with a major Pyongyang aim, to control whatever information everyone outside of a small elite is able to access, a restriction necessary to maintain the illusion that North Korea is built upon: that it is a rugged, successful country free of the ills found in capitalist societies, such as their ethnic counterpart to the south.

By allowing in some information and openly seeking to bring in more - thus the approval of Schmidt's visit - North Korea has started a process that can't be unstarted, and may be impossible to control.

As of now, North Korea has a mobile phone network called Koryo-link, which was established by the Egyptian firm Orsacom in 2008, as well as a domestic intranet called Kwangmyong, which was set up in 2002 and which has about 1 million users out of a population of about 25 million.

Both systems have strict limitations: the users of the mobile phone network can speak only with each other. They can't connect to different systems or speak with anyone outside of the country. Only the educated elite have access to the intranet, and only approved sites can be accessed on it.

North Korea thus appears to be allowing some of the light of technology to shine while keeping a lid on the information that might spill over and become available to citizens. The more information it chooses to let in, the harder it will be to maintain control.

North Korea's leadership is aware of the fine line they must tiptoe. Under the country's brittle system, it is extremely difficult to make any reforms that don't compromise the regime's stability. Staying in power and maintaining something like the status quo is apparently the Pyongyang leadership's primary objective. Any changes will be made only after the North Korean leadership deems them to not be a threat to stability.

Even without modernizing the country's technical infrastructure, it's going to be harder for North Korea to change its status quo than it was for other Asian dictatorships including China and Myanmar. According to Jin Jingyi in 'Prospects for Reform in North Korea' from the Samsung Economic Research Institute's October quarterly, "The North, however, faces unique difficulties in reforming, as it would mean denying its hereditary succession system." That system is the source of Kim Jong-un's legitimacy. As a young and inexperienced leader, he relies on his family pedigree to justify his position as leader of the country.

It's that leadership and their close associates that would benefit from greater access to information.

Bruce writes, "The only people in North Korea that are granted access to information about the outside world are those who enjoy the privileges of the state and therefore have an interest in maintaining the status quo."

But in North Korea, even the elite appear not totally satisfied with the way things are. The country talks of becoming strong and modern, and appears to recognize the essential role technology would play in that.

Therein is the double-edged sword that Bruce refers to. He writes, "The provision of these technologies [nuclear power program, the satellite program, and the development of information technology] to a portion of the population is a way that North Korea demonstrates that it is a normal, modern state".

North Korea's task is thus to find some way of applying the beneficial aspects of technology and judiciously making them available to citizens, while preventing the free exchange of ideas that would undermine the state's legitimacy.

North Korea this year tightened its physical border with China, apparently in large part due to concern over information in the form of pop culture items that is being smuggled in. Seoul's Open Radio for North Korea reported in July that more than 20,000 additional soldiers had been sent to secure the mountainous border area. This appears to be behind the drop in the number of defectors who reached Seoul in 2012. "There has definitely been a push to roll back the tide of the flow of information," Nat Kretchun, associate director of InterMedia told the Associated Press in a December 31 report.

Pyongyang's goal in any technological development is presumably helping their moribund economy. North Korea has no tax base but plenty of expenses, including its large military and recently demonstrated space program. It therefore makes sense to encourage foreign investment.

But foreign investors are not likely to undertake projects in the North. The tiny domestic market means there are only very limited returns available and there are risks that contracts won't be honored. In October 2012, a Chinese company pulled out of a mining venture, citing unfair demands by their North Korean partners.

"As the world becomes increasingly connected, [North Korea's] decision to be virtually isolated is very much going to affect their physical world, their economic growth and so forth. It will make it harder for them to catch up economically," Google executive Schmidt told reporters in Beijing on Jan. 10.

North Korea's flirtation with technology shows how its system makes it nearly impossible for it to make any steps towards normalcy. Entering his second year as leader having just turned 30 (or 29, it's unclear), Kim Jong-un's decisions regarding technological development will show if he has any serious intention of making real reforms, or if he plans to simply continue the family tradition. Asia Sentinel