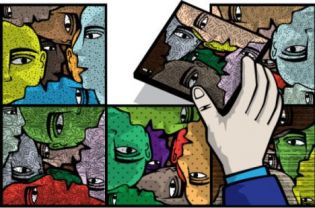 Events in Asia are developing at a dizzying speed. All around the world, countries and continents have been impacted by the speed and scale of the rise of China and, to a lesser extent, India.

Recently there has been political change in China, Korea, Japan and opening up in Myanmar and the changes in economic power are exciting anxieties about pressure points in international relations inside and outside the region over territorial and other issues. These changes demand response, a reassessment of how to manage both regional and global affairs and national response to this change in global circumstances.

From America, the Obama administration’s response has been the ‘pivot’ toward Asia. Europe has its own weaker Asian awakening, focused on economic and trade relations. The Australia in the Asian Century White Paper provided a new reference point in thinking about the rise of Asia in Australia.

The United States pivot toward Asia initially had a powerful military flavour. It sought to provide reassurance against a potentially assertive China on the rise. Inevitably, there are misgivings across the region, not only in China, about how exactly the United States intended to manage the crucial China relationship and anxieties about whether China and the United States might drift or be led into unwanted conflict, threatening regional prosperity centred on the growing strength of the Chinese economy. The idea of the pivot toward Asia needed to be extended and revamped to better capture the ambit of US regional interests and ambitions, and much effort was directed to that, through its launch and in its execution, especially on Obama’s first overseas excursion after re-election — to Asia. The message became that US rebalancing would be defined by far more than defence posture: it would be defined by deeper economic and political engagement.

The Obama administration is now squarely focused on engaging Asia. The United States is engaging with ASEAN and related Asian regional institutions, encouraging ‘high-quality’ trade liberalisation — mainly within the framework of the Trans-Pacific Partnership (TPP) — and returning its military attention to the region.

As Irvin Studin observes in the first of our two features this week, America’s pivot asks little of its own people, unlike ‘Australia’s whole-country approach. No challenges are set. The same is true for Europe, a non-player in Asian geopolitics, for which the pivot is almost strictly and reductively economic in nature’. The Australian ‘whole-country approach’, as Studin puts it, could be labelled as ‘Asia or bust’. ‘Australia is putting the assets of national power — from education to intelligence, markets and diplomacy — behind its interests in the region’. Gillard’s strategy aims to give all Australian students access to at least one ‘priority’ Asian language — Mandarin, Hindi, Japanese or Bahasa Indonesia — throughout their years of schooling. It also aims to have one-third of all Australian senior civil servants and directors of leading public companies displaying ‘deep experience in and knowledge of Asia’ by 2025. It posits the development of strengthened, comprehensive bilateral relations with Asia’s big players, without retreat from the US alliance framework but with intensification of regional dialogue, economic, political, military and cultural interaction.

Vancouver, Studin observes, might be as close to New Delhi as Sydney, but the difference in Australia’s national psychology towards Asia is quite different. Though Studin didn’t make the point, that difference has much to do with the power of relative proximity over the tyranny of distance that is Australia’s geo-political circumstance — a point which the Australian White paper properly stressed, to Geoff Blainey’s chagrin — as well, of course, as the structure and character of its economy.

As Don Emmerson makes clear in our second feature, though China is front and centre in the United States’ pivot towards Asia, ‘it is not all about China. It is also very much about the 10 member states of ASEAN and a turn toward Asia writ large’. And the pivot’s three themes — security, economy and democracy — are most evident in Southeast Asia.

The pivot’s association with security unbalanced the policy itself, as Emmerson argues. ‘Assertions of American military power overshadowed the pivot’s economic rationale. This imbalance of security over economy tended to legitimate a division of labour that from an American viewpoint could only seem invidious. By enlarging its profile in the western Pacific, the US Navy would even more thoroughly underwrite the maritime security that ASEAN economies needed to continue profiting from Chinese trade and investment. The pivot appeared to reinforce a formula that, crudely put, ran thus: Americans would make the peace; Asians would make the money. Accordingly, if the actual purpose of Obama’s pivot could be summarised in a single word, the word is inclusion, in terms of both security and economy’.

On the economic front, there is now what Emmerson calls ‘a benign race between two vastly different models of economic integration: the non-American, loosely declarative RCEP that subsumes existing arrangements, versus the American-promoted, intrusively ‘gold-standard’ TPP that requires domestic reform‘. Democracy, he says, distinguishes the American pivot least. Spreading democracy in Asia has been upstaged by security and economic concerns, including China’s naval moves and America’s fiscal and recovery woes.

The pivots of both the United States and Europe, like that of Australia, are premised on a big change in international affairs. But deep down there remains an assumption that this requires no substantial national change, simply a redeployment of national policy and military assets internationally. It may well be true, as Studin says, that this is because Asia continues to figure little in American and European ‘imaginaries’ — the values and cultural references that tie people together. On many fronts, not only in respect of military power, this is an assumption that may require some re-evaluation.
Peter Drysdale is Editor of the East Asia Forum.