For Sri Lanka, it's all in the family 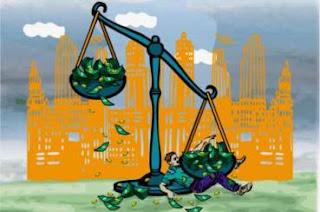 The nasty, brutish and short impeachment process of Dr Shirani Bandaranayake from the post of Chief Justice and the appointment of presidential adviser Mohan Peiris as her replacement has emasculated the last institution bold enough to stand up to President Mahinda Rajapakse.
Most lawyers, judges and human rights activists saw the process as deeply flawed and an attack on the independence of the judiciary. The highest court in the land had opined that the impeachment was not in accordance with the law.

The move attracted international concern and condemnation. But Rajapakse paid scant heed and went ahead with the appointment of a new head of the courts.

Some would say Sri Lanka's highest court has been complicit in making Rajapakse powerful. Ever since a new Republican constitution was promulgated in 1978 creating an executive presidency, which had the power of appointing the judges to the Supreme Court, the highest court in the land has not struggled to keep its independence.

In fact, in several landmark judgments the Supreme Court helped strengthen the executive in decisions that alarmed jurists. For example, decisions such as the change in the procedure for Members of Parliament to cross the floor without facing a by-election made it possible for Rajapakse's ruling coalition to amass a two-third's majority in parliament.

In the past two decades or so, there has been no real tussle between the executive and the judiciary.

That was until now. A few months ago a bench of the Supreme Court headed by Dr Bandaranayake found that a proposed parliamentary bill that would give the president's brother, a cabinet minister, Basil, control over much of the development budget of the country currently devolved to Provincial Councils was unconstitutional.

That placed her in direct confrontation with the president, and the former CJ's supporters are convinced that is why she was sacked.

The end result is that Sri Lanka now has a president with true untrammelled power through his office and those of his siblings. The country's security forces are under the control of Rajapakse's younger brother the Defence Secretary Gotabhaya.

The speaker of the Parliament -- constitutionally next in line to the president -- is an older brother Chamil. And now the other brother Basil more or less controls the economy.

While the recent power struggle may have distracted the country in the past weeks, greater political and economic challenges remain. Growth and foreign investment has slowed since the post-war spurt.

In 2011, gross domestic product growth was 8.3 per cent. It slowed sharply to 6.5 last year and is forecast to stay around that level in the current year.

The cost of living has risen sharply and the fall in GDP rates is because of the contraction of import and export trade. Sri Lanka partly depends on the export of light industrial goods and agricultural goods for its survival, and this is not a good sign.

The demilitarisation of the Tamil minority-dominated North and East and the efforts at reconciliation are not progressing at promised levels according to politicians representing those regions. Rather, university students in northern Jaffna have been arrested because they peacefully commemorated dead Tamil Tiger cadres.

Externally the country could come under increased pressure over human rights issues at international fora. The United Nations Human Rights Council has Sri Lanka on its agenda for its next meeting.

To add to that the Commonwealth has been making concerned noises about the impeachment process and the efforts at reconciliation. The Commonwealth Heads of Government meeting is scheduled to be held in Rajapakse's hometown of Hambantota later this year.

This is being touted as a major feather in the cap of the president. But Canada and the United Kingdom (two key players in the Commonwealth) have expressed dismay at recent events and may boycott the meeting -- causing him to lose face.

Rajapakse has almost absolute power today. With that comes a huge responsibility.

In the tussle with the judiciary, he has shown that he has no regard for a ruling of the courts. The new CJ is a Rajapakse loyalist who controversially told the United Nations in a deposition defending the government's human rights record that a missing journalist was alive and well, living in another country.

This was subsequently admitted by him in a Sri Lankan court to be unverified information. By appointing such a person to the post of CJ the president has shown he has little respect for the independence of the courts.
No wonder many Sri Lankans are feeling they are standing on the edge looking into a dark abyss.