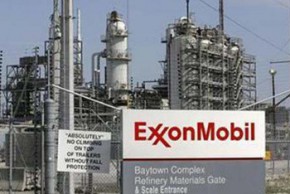 At stake is refusal to divest gas fields to Indonesian companies

Richard J. Owen, the chief executive of ExxonMobile Indonesia, has in effect been kicked out of his job by an Indonesian government agency that regulates oil and gas production over refusal by the US oil giant to divest itself of gas fields coveted by Indonesian companies.

While the Energy and Mineral Resources Ministry denied it was demanding that Owen be fired, it acknowledged that his contract to lead the company had not been renewed by SKMigas, the temporary oil and gas regulator, whose authority includes supervising the operations and management of oil companies operating in Indonesia as well as monitoring energy company management personnel.

At a time when foreign investors in the mining and oil and gas industries in Indonesia are under increasing pressure from nationalist policymakers, the move to force Owen out is certain to be viewed ominously by multinational interests. Already large oil and mining companies say privately that they are scaling back expansion plans in the country because of the policy environment. A number of companies have put in place informal hiring freezes and have halted new exploration plans because of the growing uncertainty.

With 2014 presidential elections on the horizon it seems certain that the nationalist drive will continue for the time being.

"They do not realize how great the opportunity costs are of these policies," said an investment consultant in Jakarta. "But a lot of companies are starting to sour on Indonesia."

In the absence of strong leadership from President Susilo Bambang Yudhoyono, it also appears that policies are being driven by individual ministers, particularly Hatta Rajasa, the country's politically ambitious coordinating minister for economic affairs, and others with vested interests.

Concern has been growing on the part of international investors - and local businessmen as well - since early in 2012 when the government abruptly cancelled international tenders for a US$1.3 billion new container terminal in North Jakarta to replace the overcrowded and chaotic Tanjong Priok port, announcing that the current port operation would do the contracting instead of opting for a build-operate-transfer (BOT) arrangement.

It started to come clear at that point that Indonesia more and more wanted to take ownership of major projects into its own hands and use multinationals as hired concerns. Shortly after the cancellation of the port tender, the government voided the sale of a major bank to Singaporean interests. Those restrictions have extended dramatically into the country's resource extraction industries, with new laws and regulations circumscribing their operations. The goal appears to be to eventually take back ownership of all of the operations now being run by such multinational giants as Freeport McMoRan and Newmont, among others.

The move to terminate Owen's tenure appears to be related to ExxonMobil's decision to call off the sale of assets owned by three local units, Mobil Exploration Indonesia, ExxonMobil Oil Indonesia and Mobil Indonesia LNG, operating in Aceh province. The assets included the Arun and North Sumatra offshore fields, which produced an aggregate of about 215 million standard cubic feet of gas per day.

At that point, Rudi Rubiandini, the deputy minister for energy and mineral resources, publicly criticized Owen, saying his performance was "not in the best interest of the nation. So he should be replaced."

Energy extraction officials have particularly been uneasy since the Nov. 13 decision by Indonesia's Constitutional court ordering the oil and gas regulator BPMigas to shut down. The decision raised concerns that the verdict could curb revenue from crude oil and gas exports and hamper future international investment.

Under the terms of the 2001 law, BP Migas's job was to grant rights on production-sharing contracts to oil and gas producers to explore for oil and gas. Most of those contracts are with multinational producers. Because major oil and gas producers in Indonesia are largely controlled by foreign investors, including Chevron Pacific Indonesia, Total EP Indonesie, ConocoPhillips and BP, the decision was regarded as a blow to their operations.

It appears that Indonesian officials decided that BPMigas was too close to the companies it was regulating. In a country where court decisions often have nothing to do with law and everything to do with politics, the suit that put the agency out of business was brought by 42 organizations and individuals who demanded a review of the 2001 law that brought the regulator into effect. The plaintiffs included Muhammadiyah, one of Indonesia's largest Muslim groups, and business organizations.

Its successor, SKMigas, denied there was any plan to fire Owen. However, Hadi Prasetyo, the head of public relations for the new regulator, said that "What happened is the government, in this case SKMigas, did not extend the tenure of the ExxonMobil Indonesia president director, which will expire. He added that that the decision not to extend the tenure of top staff at oil contractors like ExxonMobil Indonesia was the prerogative of the government and must be honored by oil companies.

The decision not to extend Owen's tenure, he said, is an example of the government exerting its sovereignty through SKMigas, which assumed its regulatory functions after BPMigas was wiped out by the court decision.

A spokesman for ExxonMobil was not available for comment on Thursday.

"ExxonMobil had requested the government extend [Owen's] tenure in late 2012 but SKMigas firmly decided not to do so. The government is not satisfied with his performance and thus requests ExxonMobil to replace him," Hadi told local media.

In 2011, ExxonMobil announced its decision to put its subsidiaries that were operating in Aceh on the market. They were Mobil Exploration Indonesia, ExxonMobil Oil Indonesia and Mobil Indonesia LNG. Asia Sentinel