Asia and the international trade regime 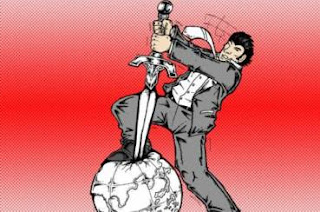 The coming year will likely see major developments in the denouement of the contest between regional strategies across Asia and the Pacific, with the ASEAN-inspired Regional Comprehensive Economic Partnership (RCEP) now vying for policy primacy alongside the Trans-Pacific Partnership (TPP) strategy across the region.

At a time when the global economy is still reeling from the after-effects of its financial crisis, and resort to a range of protectionist measures is intensifying in economies around the world, how trade policy strategy evolves in Asia matters not just to the regional economy but also for the international trade regime. The WTO is on the back foot after the long, drawn out failure yet to conclude the Doha Round of trade negotiations. Meanwhile, ‘free trade’ agreements (FTAs), with their complex, preferential provisions have come to dominate the agenda of trade negotiators.

While Asia is a relative late-comer to the negotiation of FTAs, the region has been making up for it rapidly over the past decade or so. As of September 2012, there were 103 FTAs in effect involving one or more countries from the region, most of them bilateral. There are another 26 signed FTAs, 64 under negotiation and 60 more proposed. Most of the global action on FTAs now involves an Asian country.

Sorting out the mess of multiplying FTAs is one objective; guarding the integrity of the WTO-based multilateral trading system, at a time there is great need for it, is another. As Jay Menon points out in one of this week’s leads, trying to achieve one objective will not necessarily or automatically attend to the other.

There are two dimensions involved in dealing with the mess of regional FTAs: consolidation and multilateralisation. The former includes strategies that would bring complex, overlapping bilateral FTAs together into a broader regional arrangement. The latter would reduce the element of discrimination that FTAs introduce into the system by winding back preferentialism.

It is not yet clear, as Menon points out, whether the RCEP will apply to existing agreements or simply provide a template for future negotiations. If it is the former, there are various issues that need to be dealt with. ‘First, how can multiple bilateral agreements, each with its own defining rules and characteristics, be folded into one agreement without resorting to the lowest common denominator in order to secure consensus? Second, since the majority of FTAs in the region, including two-thirds of those of the RCEP members, are cross-regional bilateral agreements, how these will be addressed?’ If a consolidated Asian FTA is perceived as being isolating, it may provide fresh impetus for a new wave of ‘market-restoring’ bilateral FTAs as traditional trade partners outside the region seek to retain trade access with the newly formed bloc. Many Asian countries have applied this approach to Europe and North America, and a new Asian bloc could generate a counter-flow of fresh bilateral FTAs.

The TPP has the potential to be more isolating. For one thing, its USTR-dominated negotiating agenda will limit participation, if not derail the negotiations. But the expansion of membership is its single biggest challenge. The TPP also includes open accession as a principle but it appears that membership will be very difficult for large developing countries such as Indonesia and China in the near to medium term.

The RCEP may be more flexible towards accommodating membership at different stages of development than the TPP. It allows different time frames for implementing provisions by developing countries as well as open accession to the agreement among its main principles. These principles do not necessarily mean a lower quality agreement but they mean a longer implementation process for developing countries on some more difficult aspects for them to implement.

As Sourabh Gupta argues in this week’s other lead, ‘as a general rule, the institutional architecture of trade regionalism in Asia has tended to follow, not precede, the exchange of goods on the ground. Markets and geography, not top-down trade agreements, has been the driver of the region’s production-sharing arrangements wherein multinational affiliates typically import a substantial share of their intermediates and similarly export a substantial share of output’.

Ultimately, as Gupta concludes, ‘the preferential/regional/coalition-of-the-willing track is not a substitute for multilateral liberalisation. Pitching ever more aggressive demands as payment to balance the meagre but politically sensitive concessions on hand will drive any negotiation — be it multilateral or regional — to the point of collapse’.

These regional initiatives are supposed to shore up the global trading system. But without attention to multilateralisation, as Menon says, like their bilateral antecedents they are unlikely to do anything of the kind. Indeed, in the negotiation of these arrangements, the desire to secure more reciprocal concessions stands prominently in the way of multilateralisation. And multilateralisation — or the extension of preferences through regional negotiations more broadly — is what is important to buttressing the WTO trading system. The biggest preferential trading arrangement of the early postwar period, the formation of the European Common Market, was by and large benign in its effect of the old GATT-based multilateral trading system precisely because Europe’s trade barriers were negotiated down (and preferences effectively multilaterised) in successive rounds of GATT negotiations.

And that brings us back to the health of the international trade regime. Affirmation of the centrality of the WTO in managing global recovery and engagement is the starting point. Engaging all the major centres of global influence inside and outside the WTO in pushing an agenda for reform of world trade governance focused on a retreat from discrimination and the agenda beyond reciprocal trade negotiations is the next step. Author: Peter Drysdale, Editor, East Asia Forum