Visions of Asia’s past and future under Chinese leadership 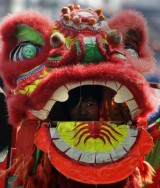 It chronicled China’s descent into the ‘century of humiliation’ following the Opium War and, since 1949, its subsequent revival and rise to power under the leadership of the Communist Party. Perhaps this visit was Xi Jinping’s symbolic pledge to the Chinese people to rectify past injustices and return China to the unchallenged primacy it once had in Asia before the arrival of Western imperialism.

But in the past few years China’s effort to reclaim a place of honour and leadership in Asia has led it into quarrels and conflict with its neighbours. Why? It is not because China’s neighbours oppose China’s peaceful rise. On the contrary, they have welcomed China’s rise because it has brought prosperity to all. The reason for tension is that new zero-sum territorial and security competitions are coming to the fore and beginning to outweigh the win–win game of regional economic development. We can point to four rising concerns, and four possible remedies.

First, the rapid growth of China’s naval, air and missile forces may be a source of national pride for China, but it makes China’s neighbours feel nervous. China should reassure its neighbours by leading them in the creation of rules that all military forces in the region, including those of China, can agree to observe. This would create confidence and stability instead of the growing tension and the beginning stages of regional arms races that we see today.

China is eager to claim all the area inside the nine-dash line in the South China Sea. Civilian ships backed by the growing Chinese navy are seeking to confront and eliminate Philippine and Vietnamese presence in the area claimed by China. This behaviour may be explained by China’s fervent desire to reclaim its Asian predominance and erase the century of humiliation. But Vietnam and the Philippines, as well as Brunei, Malaysia and Indonesia, may have equally valid historical claims in the South China Sea, as well as rights based on legal principles codified in the United Nations Convention on the Law of the Sea, which China has signed.

China has made no secret of its dislike of the ‘cold war mentality’ it sees in US bilateral alliances in Asia. It believes that US military partnerships in Asia created during the cold war remain today as daggers pointed at China. But the United States and its partners have kept their alliances not as daggers to threaten any particular country but, instead, as a kind of umbrella to deal with unpredictable weather. After bad weather passes, you do not throw away an umbrella that you have bought. You put it in a closet, and if it rains again, you are glad you still have it. After the cold war ended, US allies kept their ‘umbrellas’. And now, they see dark storm clouds gathering on the horizon. In this situation, it may be hard for China to persuade its neighbours to throw away their umbrellas. To reduce tensions and allay the concerns of the United States and its allies, China could offer more cooperative ideas that reconcile its own security concerns with those of its neighbours. That is, it can help invent a new umbrella that works for everyone, including itself.

Finally, China used its influence over Cambodia in 2012 to prevent ASEAN from expressing an opinion on the South China Sea conflict, which directly involves disputed claims between China and four other ASEAN members. This was a victory for Chinese policy, which aims to keep South China Sea disputes strictly bilateral between it and each individual disputant.

However, it was a defeat for ASEAN. Why? Since 1967, ASEAN’s core purpose has been to build a peaceful regional community based on Southeast Asian solidarity. Now, ASEAN is unable even to state a position on conflicts in the heart of Southeast Asia involving its members’ vital interests. China’s strategy to divide and conquer the ASEAN members to secure its claim to the South China Sea has made ASEAN dysfunctional in its core mission, and has sowed the seeds of discord among its members.

ASEAN’s collapse would end ASEAN+3 cooperation and other key ASEAN-led regional community initiatives. The collapse of East Asian multilateral norms and institutions would put Asia back into the realm of 19th-century balance of power politics and exclusive spheres of influence. China’s own history after the Opium War shows that this kind of international system victimised the weak and ultimately led to two world wars.

To reclaim its historic leadership in East Asia, China needs to offer positive ideas that replace the existing US hub-and-spoke bilateral security alliance system and ASEAN’s multilateral regional governance regime with mechanisms that are better and more reliable for all parties concerned. It would be sad if China began to give greater priority to zero-sum power politics than to the win–win game of trade and international cooperation. If, as a new great power, China turned to unilateral moves backed by superior military force to take what it wants from smaller neighbours, it will render the existing regional order dysfunctional and invite chaos.