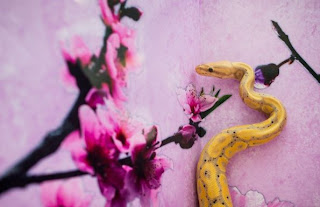 NOT for the first time, a Chinese leader has made a public appeal for frank and open criticism. The party “should be able to put up with sharp criticism, correct mistakes if it has committed them and avoid them if it has not," Xi Jinping said February 6th. Non-party members, he added, should “have the courage to tell the truth, speak words jarring on the ear, and truthfully reflect public aspirations.”

That the public response was so prompt comes as no surprise to those who are familiar with China’s vibrant and outspoken community of online commentators. Nor is it surprising that so many responses were cynical, considering the similarity to another appeal that was made more than 50 years ago.

In 1956 Mao Zedong launched his “Hundred Flowers” campaign, in which he urged intellectuals to air critical views. National policies would be improved, he promised, by “letting a hundred flowers bloom and a hundred schools of thought contend.”

The responses were slow at first but later came flooding in—in the form of letters, posters, and published articles—and by the middle of 1957 Mao had heard enough. Many who had dared to speak up found themselves targeted as “rightists”, and subjected to harsh persecution. Some were purged from the party and government; some ended up in labour camps.

Historians remain divided as to whether Mao had meant from the outset for the campaign to be laid as a trap, or whether he changed tack after being surprised by the criticism. He did boast later that he had “enticed the snakes out of their caves”. That infamous remark makes the timing of Mr Xi’s new appeal rather unfortunate. He was speaking at a reception to ring in the Chinese calendar’s year of the snake.

Like Mao before him, who said criticism should be frank but “healthy,” Mr Xi made clear that critics must uphold the basic tenets of “socialism with Chinese characteristics”. Unlike Mao, Mr Xi must grapple with millions of citizens who have quick and easy access to social-media outlets. Some have openly questioned whether he is in fact hunting for snakes. Others have challenged him to end the censorship of books, news media and internet commentary, and to stop harassing political activists.

But not all of the new-media commentary has been so unkind to Mr Xi. Soon after he ascended to the top job, he became the subject of “The Fan Club of Learning from Xi” on Sina Weibo, a microblogging platform in the model of Twitter. It tends to feature humanising and candid (but not always flattering) photos—of a sort that would be hard for ordinary citizens to obtain. Many of its readers wonder whether it was a clever official attempt to polish the new leader’s image, rather than the grass-roots enterprise it purports to be.

On February 11th a university drop-out and migrant worker named Zhang Hongming came forward to tell the Associated Press, “It’s just me. It’s completely an individual act.” So far, he added, none of the relevant authorities had spoken with him. That, of course, could change. The year of the snake has only just begun. The Economist (Picture credit: AFP)