Thailand - Bringing insurgency to an end will be a long, hard slog 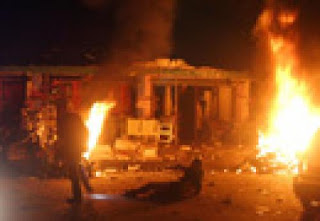 The media hype in Bangkok surrounding Prime Minister Yingluck Shinawatra's recent meeting with Malaysian Prime Minister Najib Razak in Putrajaya sounded as if peace was at hand in Thailand's restive southernmost border provinces where a deadly Malay-Muslim insurgency has festered for almost a decade.

As an ongoing effort to consolidate elected power after 18 months in office, Ms Yingluck and her team are eager to show progress on the spiralling violence in the south. Her counterpart in Malaysia appears equally keen to shore up leadership and stature ahead of polls where his ruling party is expected to continue its downward slide in popularity.

But the hype and expectations the top-level meeting raised for stakeholders in Thailand were misplaced and misguided. Unless the Malay-Muslim ethno-nationalist violence subsides dramatically in the coming days, the Thai prime minister may well have talked to the wrong partners in the wrong place at the wrong time and in the wrong fashion. While cheers and sighs of relief will abound if peace suddenly breaks out, the dynamics on the ground in the deep South suggest otherwise. Peacemaking of this scale typically does not transpire overnight, especially not for an insurgency of this virulence and deadliness where more than 5,300 lives have been lost since the insurgent violence flared up again from January 2004.

To be sure, there is unlikely to be a silver bullet that can solve the insurgency swiftly. Neither a single act of any kind nor a policy or word by any individual is going to put an end to the violence. That applies to Ms Yingluck and her brother, former prime minister Thaksin Shinawatra, who was reported to have had a hand in negotiations leading up to the bilateral summit and the signing of an agreement between the National Security Council (NSC) and representatives from the Barisan Revolusi Nasional (BRN). It also applies to insurgent leaders, whose details and profiles are still sketchy, and to Malaysian government leaders who might play a crucial role.

The way forward will have to involve key players from the two main sides of the conflict, state authorities and the insurgents, along with appropriate mediators. Timing cannot be rushed. The sequence of steps to be taken must be well-designed and somewhat methodical, yet flexible. Riding roughshod and raising expectations for a one-stop solution in one fell swoop are unlikely to be successful.

So far, neither the state nor the insurgents have shown unity and reliable, unified command and control on the ground. For the role of the state, the Yingluck government deploys the NSC to do its main handiwork in the face of the army's 4th Region, the Internal Security Operations Command, and other non-government security personnel, including the rangers and border patrol police. Although inter-agency conflicts are common everywhere, the handling of the southern insurgency requires a unified chain of command for peacemaking efforts to be effective.

On the other hand, counter-insurgency (COIN) strategy and tactics have to be sharper and smarter in design and implementation. Intelligence gathering has been abysmal overall. The failed insurgent raid against a marine barracks on 13 Feb was an aberration based on suspect information from an earlier interrogation. The wanton, daily violence by the insurgents suggests that few, if any, of them have been flipped (ie persuaded to work for the authorities). Why has a nine-year COIN flipped so few? Security officers operate in relative darkness of intelligence and thus their death toll and related casualties mount.

Accordingly, there has to be civilian oversight and control of the army. The PM's message must be clear to army officers that they will be taken to account for their actions. Otherwise the culture of impunity will prevail, further aggravating the sense of injustice and simmering grievances of Malay Muslims in Yala, Pattani, Narathiwat and parts of Songkhla. Evidently, based on reports from the 13 Feb raid, it was the impunity of state authorities at the Tak Bai protest in October 2004 that has fuelled the insurgency, drawing new recruits and radicalising them. The government's two-pronged approach must be a firm COIN on the one hand, accompanied by control of security services, and a peace drive on the other, based on the reality that negotiations and political accommodation are the only way out of the southern quagmire.

The insurgent leadership also has to demonstrate some unity of command and a connection to its foot soldiers on the ground. The BRN-Coordinate, a more radicalised and militant splinter group, is conventionally said to be the main operational arm of the insurgency. Yet there has been scant evidence to indicate its chain of command and whether the top commanders are intent and authorised to enter into peace talks. Teasing out the leaders, their political objectives, their command, control and connection to insurgents on the ground takes time.

So it will be unsurprising if the NSC's signatory partner ends up unable to curb the violence in the days ahead. In a sense, the insurgents will need to streamline, organise and articulate what they consider as their initial achievable endgame. Being able to perpetrate violence at will brings them no lasting and concrete political accomplishment.

An environment of mutual trust and confidence-building to reach a certain comfort level is thus paramount. Without a sense of trust, not much substance will be discussed. Engendering this environment to come up with enabling conditions for a negotiated settlement would typically require an outside mediator and interlocutor. Here is where Malaysia is involved.

The Malaysian government's cooperation is indispensable. However, northern Malaysian, especially Kelantan and Terengganu, is the stronghold of the opposition Pan-Islamic Malaysian Party (PAS). These are the areas where Malay Muslims in Thailand have sought refuge. The Thai government must also reach out to opposition politicians, including the other two main opposition parties, the Parti Keadilan Rakyat and the Chinese-dominated Democratic Action Party. The opposition parties, under the flagship Pakatan Rakyat, are expected to do well at Prime Minister Najib's expense in the coming polls.

But beyond the PAS, Malaysia does not have the right broker profile. Rarely do countries with internal conflicts end up with next-door neighbours as honest brokers. Thai popular perceptions of Malaysia are that the country is too close to the Malay-Muslim insurgents. If a broker must come from within the region, Indonesia offers a better profile and proven experience. While Malaysia was instrumental in arranging the Bangsamoro Framework Agreement in Mindanao in the southern Philippines, Indonesia directly dealt and concluded a peace agreement with an Aceh ethno-nationalist movement. In Papua, where a more Islamicised separatist movement has rumbled, the Indonesian authorities are making inroads. Papua certainly is nowhere near what Aceh resembled.

Thailand's southern insurgency is not the only remaining major internal conflict among the founding members of Asean. The way ahead can only derive from a negotiated compromise. The consensus from numerous studies calls for greater administrative autonomy, not fundamentally different from what was agreed in Aceh and Bangsamoro, well short of any semblance of secession. Enabling conditions in an environment of mutual trust are necessary. The Thai government has to sustain its intent and resolve and control its overweening army and other security outfits. The insurgents need to demonstrate a correlation between political objectives and the perpetrated level of violence. An honest broker from outside can assist in providing a platform and holding hands. The cold reality in Thailand's deep South is that no one party can win completely and have it all.
The writer is Associate Professor of International Political Economy and Director of the Institute of Security and International Studies, Faculty of Political Science, Chulalongkorn University.