Oil Companies Take Off the Gloves in Indonesia 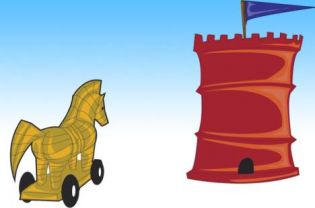 Chevron and Total publicly challenge one nationalist rule. Is it a trend?

The ongoing war of nerves between the Indonesian government and major multinational oil and gas companies escalated this week as two of the country's biggest energy providers publicly objected to a central bank rule requiring exporters to channel all their earnings through local banks. The issue has become more acute recently given the drop in the value of the rupiah against the US dollar.

Both US oil giant Chevron and French oil company Total say the rule could negatively impact future investment in the country and that it violates existing production sharing contracts (PSCs) that govern their activities in the country. The matter could end up in international arbitration if the two sides cannot find a resolution.

Chevron had earlier told government regulators that the central bank rules were among a number of issues threatening its investments in Indonesia.

"We are concerned with the [BI regulations] that have conflicted with the spirit of the PSCs, as well as its impact on our investment risk," Chevron Indonesia's vice president for government policy and public affairs Yanto Sianipar said on Wednesday, according to the Jakarta Post.

Yanto said the firm was seeking a "win-win solution" but would not reject arbitration, the Post reported. Chevron is the country's largest oil producer, accounting for 45 percent of total crude production in 2012.

The fact that the companies are speaking out is a sign of worsening tensions with the government on several issues. For the most part, the multinationals have kept publicly quiet as the nationalism train has gathered steam. That seems to be ending, as both Total and Chevron say they cannot afford to put their revenues in local banks, where repatriation could be delayed and bank charges will be incurred.

Multinational mining and energy companies have been under fire for months over a variety of regulations designed to give the government more control over extractive industries. Rising nationalist sentiment has conspired with elections coming in 2014 to create a climate of distrust between the government and several major companies that are facing contract renewals on concessions. The result has been a major slow-down in investment plans for both energy and mining, according to a number of foreign business executives. Behind the scenes some companies question whether they should stay in Indonesia.

The government says it is time to redraw the organization chart controlling energy and mining. For decades the government has used binding multi-year concession contracts as a lure to get multinationals to invest billions of dollars in mining and energy. While the revenue split and taxation from the current system provide enormous revenues for the government, numerous officials say they want the resource sector to be exclusively controlled by local companies, even if that means a decline in production.

At the same time, the government is calling on the energy sector to increase production in both oil and gas, which analysts say is unlikely to happen if the major companies feel the rules of the regulatory game are shifting under their feet. Crude oil production has been steadily falling in Indonesia since 2000, when it reached 1.4m barrels a day, to 918,000 in 2011. Gas production in the same period has gone from 63 billion cubic meters to 76 billion. The country is a net importer of oil.

"With today's contracts and way of working, it would be very difficult," Total E&P Indonesie's CEO Elizabeth Proust told reporters on Monday in discussing the Bank Indonesia regulation. "It's not possible."

A 2011 Bank Indonesia regulation requires all companies to keep their export earnings in local banks. It was intended to provide sufficient dollar reserves to protect the rupiah. Oil and gas contractors were added to the rule last October and they have until June 30 to comply.

Export permits can be suspended for companies that refuse to follow the rule.

"For the time being, we cannot implement the regulations of the Bank Indonesia and we have no plans to do so," Proust said this week, according to the Jakarta Post.

Proust said the firm had been depositing around $2.5 billion per year in domestic banks.

Total is Indonesia's largest liquefied natural gas producer, largely though the Mahakam block in East Kalimantan. That block, which is due for renewal in 2017, has been targeted by some nationalist groups who say it should be given instead to national oil and gas company Pertamina. No renewal of Total's concession has been agreed.

While Total's investment plans for 2013 remain intact, Reuters reported that Proust said uncertainties over the Mahakam contract extension could impact its future in the country. "For the time being we can still work, but in the coming years it will be more difficult," she said.

Bank Indonesia's spokesperson Difi Johansyah told the Jakarta Post that the central bank would insist on the June deadline for all firms, including oil and gas companies. There is "not a single article of the government's PSCs [that] forbade the central bank from regulating the record-keeping of dollar-based export proceeds," Difi said.

Smaller energy players, including Conoco and PetroChina, have complied with the regulation, the Jakarta Post reported.

An ExxonMobil Indonesia spokesman told the Jakarta Post the company is in talks with officials on the banking rule.

ExxonMobil was also stung by regulators when it was told that its local CEO, Richard Owen, would not have his work permit renewed. He was accused by officials of being "uncooperative" on a number of issues, including development of a major oil block.

ExxonMobil was recently in sensitive talks to sell some exploration and production assets in Sumatra to an Indonesian company. The tender for the sale was abruptly cancelled by the company late last year, reportedly because there was political pressure brought to bear in favor of a certain bidder. After the sale was dropped, Owen became a target of the energy ministry's anger. Asia Sentinel