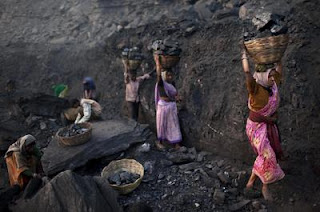 Why does low energy use per person matter for India’s industrial development? For a start, energy access is closely associated with progress in human development. India’s large, youthful population cannot become the foundation of the country’s economic growth if its education is hampered by unreliable (or absent) power supplies, or its health endangered by exposure to polluting traditional fuels at home. Moreover, low levels of energy use usually reflect low levels of energy supply — meaning that in India’s energy-constrained economy, industry is competing for limited resources with several segments of society, not least an aspirational middle class.

Competition for energy supplies will intensify over the next few decades. According to the International Energy Agency, India’s 2009–35 energy demand will show the world’s highest growth rate. A dominant user of almost all energy sources, the industrial sector will feel the most pressure. The services sector — including hotels, transport, communications, finance, real estate and business-related facilities — and the agricultural sector, increasingly dependent on groundwater pump sets for irrigation, will be feeling the pressure too.

Government planning is expected to sharpen demand in the energy-hungry industrial sector.
The National Manufacturing Policy sets the lofty ambition of increasing manufacturing’s share of national income from about 15 per cent currently to 25 per cent by 2025, creating 100 million jobs. But the policy does not spell out the energy resources needed to realise this vision.

Industrial sub-sectors clamouring for energy include iron and steel (16 per cent of final energy consumption), and transport equipment (about 7 per cent). But a large chunk (65 per cent) of final energy consumption is classified as ‘non-specified’, and measures of energy use across different sub-sectors is also lacking in places. Clearly, there is a need to improve data collection and analysis to prepare for changing patterns of energy demand and usage.

The Planning Commission of India’s 2006 estimates projected a primary energy demand in 2032 of 2,043 mtoe, a three-fold increase over current supply. However, future energy supply is unlikely to meet that demand.

Firstly, domestic production of critical primary energy products has been slowing. Crude oil production has remained flat for the past decade, and natural gas output is falling short of expectations, increasing barely 1 per cent annually since 2005. Even coal, of which there are abundant reserves, suffers from low growth rates primarily because of extraction difficulties. As a result, India’s net imports of key energy sources are climbing — crude oil imports jumping 10.5 per cent annually since 2005, coal imports by 12 per cent.

Secondly, infrastructure is inadequate. While coal imports are expected to increase by 286 per cent between 2010 and 2016, only four major ports handle coal and are located along the eastern coast, close to where most power plants were historically located. But now some of the ultra-mega power plants are being constructed in the western states, where an industrial corridor between Delhi and Mumbai is also being planned. New railway freight lines or more port facilities will be needed along the western coast, or both.

Likewise, the largest terminals for importing oil and liquefied natural gas are along the west coast (closer to West Asian sources). But new sources of oil and gas from Southeast Asia and further afield will require infrastructure development in the east too. Finally, investments in grid infrastructure have long lagged behind a supply-side focus on electricity generation, not only in transmission and distribution networks but also in staffing, training, modelling and scenario planning crucial to the management and efficiency of a national grid.

Given the yawning gap between energy demand and supply, it appears that industry is walking an energy tightrope if plans for rapid expansion go ahead. What are the prospects for balancing industrial energy demand with energy supply?

Under one scenario, the problems are simply ignored. There is no strategic approach taken, nor is there a process to secure access to resources. Here, the best case would be for industry to grow to the extent of available energy. Power plants might have to write down usable capacity based on fuel availability, and heavy industries might limit their production. A worse outcome would be a reversal of investment trends. Manufacturing and job creation would stumble, and the share of industry in the economy could stagnate or decline.

A second scenario envisages industry internalising and taking the lead in securing access to captive energy sources. Energy from these sources could be via allocated coal blocks or captive generation of electricity. Industry also might seek private and exclusive access to other energy sources such as building natural gas terminals and re-gasification facilities. A benign outcome would be an increase in energy efficiency in the form of either lower consumption, because of higher energy costs, or better management of resources by the private sector. A less desirable outcome would be heightened corruption and opacity in the awarding of contracts and resource blocks — already a concern. There could be increased demand for (polluting) diesel fuel for captive electricity generation, say, in small- and medium-sized plants. This in turn would skew energy governance even further, as both industry and agriculture would continue to expect inefficient subsidies on diesel and certain other fuels.

Policy innovation involves appropriate energy-resource mapping for all sectors to anticipate and prepare for potential vulnerabilities in physical supply or fluctuating energy prices. This approach might push for rationalising energy supplies and reducing, removing or narrowing the subsidies that badly distort India’s energy market. Innovation could also occur in the energy infrastructure and supply chain. This would include more port capacity, new rail freight corridors or transmission lines, investment in software for energy management, training of grid operators, and building up a parallel ‘soft’ energy infrastructure. Energy-management innovation could also be found in new technologies.

Ultimately, energy demand for industry cannot be viewed in isolation, at the expense of critical human development priorities of energy access and overall economic growth across all sectors. The approach that industry takes to address its energy management issues — ignore, internalise or innovate — will determine Indian industry’s development at an economic, environmental, social and political level. It has little choice other than to manage its energy supply in a sustainable way. 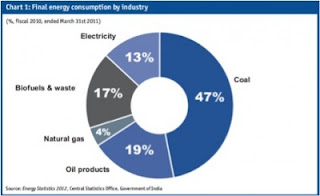 Dr Arunabha Ghosh is Chief Executive Officer at the Council on Energy, Environment and Water, India, and an associate at the Global Economic Governance Programme, University of Oxford. This article is extracted from an article first published by the Economist Intelligence Unit.
This article appeared in the most recent edition of the East Asia Forum Quarterly,‘Energy, Resources and Food’.