Can Prayer Save Indonesia's SBY From Scandal? 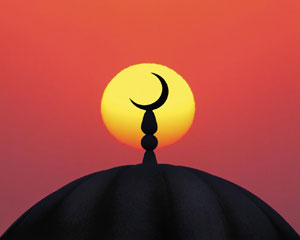 In Mecca, the president asks Allah to lend a hand

With his ruling political party in a shambles due to the continuing impact of several scandals, Indonesian President Susilo Bambang Yudhoyono appealed to a higher power this week, sending a text message from Mecca asking party leaders to pray for Allah's guidance.

The message, sent as the President and First Lady Ani Yudhoyono were on the minor Haj, or Umroh, Tuesday, came as a disappointment to leaders of the Democratic Party, who have been hoping for deliverance of a different kind.

They want the president to have party chairman Anas Urbaningrum removed from his post in light of his links to a spreading embezzlement scandal involving a massive sports complex project.

"I am writing right before the Kaaba at the Masjidil Haram in Mecca. During my visit in this holy land, I have been asking God for help and assistance so that our beloved party can be immediately released from the difficult tests we have been facing these days," Yudhoyono's text message said, according to the Jakarta Post newspaper.

"I hope you follow my lead in praying to God so that He can immediately find a solution that is proper, wise and dignified," Yudhoyono went on.

Yudhoyono had said earlier he would sort things out after his pilgrimage.

Anas, who has been implicated by witnesses and investigators in the scandal but has yet to be arrested, has so far refused to step down from his post despite widespread calls for him to do so as the party's popularity appears to be heading off a cliff. "The party's falling electability has not been caused by a single factor," he said Wednesday, which was taken as a sign he was digging in his heels.

This week, Democratic Party cabinet ministers joined the call for Yudhoyono to do something, perhaps by opening a party congress, which would provide an opportunity to oust Anas.

Yudhoyono is the chief patron and de fact leader of the party, which was created ahead of the 2004 elections as a vehicle for his presidential ambitions.

The party quickly rose to a position of dominance following Yudhoyono's landslide second term victory in 2009, but most analysts think the party faces a battering in the 2014 legislative polls, which could prevent Yudhoyono from having a major influence in positioning a candidate to run for the presidency later the same year. He will have to step down after two terms.

Close Yudhoyono ally Jero Wacik, the current mining minister, on Sunday said there was major discord in the party and asked Yudhoyono to act, according to press reports.

"I ask that the president immediately intervene to rescue the Democrats, because if he doesn't, the party will be destroyed," Jero said after an opinion poll was published predicting the Democrats would fall to the No. 3 position in the 2014 race.

"For almost a year now we've been hearing stories about Anas. The impact from that has been detrimental to the Democrats' popularity," Jero said.

The main scandal concerns the misappropriation of about $120 million for the construction of a sports complex in West Java. Other aspects of the mess involve rigged bidding for sports construction projects in Palembang, Sumatra ahead of the 2011 Southeast Asian Games.

The muck has already snared former party treasurer Muhammad Nazaruddin, a close confidant and business partner of Anas, whose soap opera flight from prosecution and threats to blow the whistle on party officials last year sent panic into the highest reaches of the party. Before he was apprehended in South America, Nazaruddin through his lawyer even threatened to implicate the president's youngest son in the scandal.

The taint moved closer to Yudhoyono himself in December when presidential protégé and one-time reform champion Andi Mallarangeng resigned as sports minister after being named a suspect in the scandal. Officials of his ministry have already been jailed by the powerful Corruption Eradication Commission (KPK).

The scandal, which most insiders say has mainly to do with funding the Democratic Party rather than simple theft, could tarnish Yudhoyono's legacy. In the worst case, he could be vulnerable to investigations after he steps down from office.

"If Yudhoyono loses the power to influence the 2014 elections, he could also lose the ability to protect himself and his family after he leaves office," said a seasoned political observer in Jakarta.

"But if he acts against Anas, the scandal might only worsen once Anas ends up in court."

If that should happen, prayer might become Yudhoyono's best comfort.