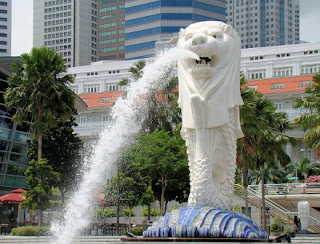 Edwina Lin is 24-years-old and happily married, with a young son turning two this year. In Singapore, a prosperous city-state with a dismal birth rate, this is becoming increasingly rare.
But it’s not all smooth sailing. Lin, a financial planner, and her family are currently living with her parents- and brother-in-law; five adults and one child squeezed into a four-room flat in one of Singapore’s many public housing estates.

She and her husband, a travel sales agent, have applied to buy a five-room flat in a newer estate that will only be ready in 2016. Until then, there isn’t much to do but work, earn as much money as possible and save up. They‘re expecting to have to take out a 30-year mortgage to pay for their home.

It’s a common tale among many young families in Singapore. Property prices have skyrocketed in recent years, and citizens have yet to feel the effects of the “cooling measures” adopted by the government. It’s a bitter pill to swallow as wages stagnate and the income gap widens; all while the country continues to record positive economic growth.

Singapore has often been cited as a success story, the envy of governments around the world. But simmering underneath the gloss and the shine lies a much more complex story of a nation slowly outgrowing a patriarchal government and restrictive system.

Not long after losing a by-election, the ruling People’s Action Party (PAP) launched a White Paper entitled ‘A Sustainable Population for a Dynamic Singapore’. The paper outlined the government’s plans to sustain economic growth and deal with a rapidly aging population, but for the most part only one thing captured the public imagination: the projected population of  6.9 million by 2030.


It’s a very unattractive prospect, especially when strains have already begun to show with 5.3 million people crammed onto an island of only 714.3 square kilometres. Flooding and train breakdowns are only some of the problems that have begun to annoy Singaporeans used to taking efficiency for granted.

Despite the public outcry, criticism from expert economists and five days of intense debate in Parliament, the PAP was able to use its parliamentary majority to push the motion through.
In the past, Singaporeans would have probably just complained in coffee shops before going about their everyday business, but not anymore. For many, the White Paper was the last straw. A protest organized at Hong Lim Park – the only space in the country where citizens are allowed to protest without a permit – drew a crowd of over 3,000 people, all of whom were fed up with the government’s policy and lack of serious engagement.

“It’s a united show of displeasure by the citizens against the White Paper even though it has been passed in Parliament,” says organiser Gilbert Goh. “Singaporeans basically are not happy with the 6.9 million population target by 2030 and are dropping all preconceived fears to step out of their comfort zone.”
Lin, too, had wanted to attend the protest, but had to stay home to take care of her son. Like the protesters, she has many misgivings about the White Paper and the quality of life for future generations: “The most worrying is that my children and grandchildren will have harder lives – and no signs of getting better quality of life – despite hard work put in, unlike our parents’ and grandparents’ generation when opportunities were abundant.”

Placards seen at the protest showcase the people’s frustrations. “We want to be heard, not herded!” one proclaims.

“We are not your ‘sheeple’,” says another.

It’s a sign that the government’s efforts to launch a ‘national conversation’ are not quite going to plan. Despite the social media pages, the love-heart-filled website and the dialogue sessions soliciting citizen viewpoints, Singaporeans still don’t feel like they’re part of the decision-making process. The Diplomat