Political dynasties in Indonesia and the Philippines 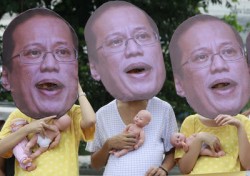 Indonesia and the Philippines, the biggest democracies in Southeast Asia, both face a significant threat to the vibrancy of their political systems — the rise of political dynasties

In both countries, dynasties persist because the families use patronage networks, wealth and — in some cases — violence to hold onto power.

Ever since American colonial rule (1899–1946), political dynasties have been well-entrenched in Philippine politics, and dynastic politicians are returning to the campaign trail to safeguard turf or to recapture old positions in the upcoming mid-term polls. Fourteen of the candidates for the senate this year possess impeccable political pedigree — some of them are relatives of the country’s current top leaders. The problem is endemic in the Philippines — 70 per cent of  members of Philippine Congress are from political dynasties.

Although political dynasties are not yet as prevalent in Indonesia, the rise of dynasties in some regional elections could become ‘the new normal’, threatening the country’s young democracy. Since the introduction of direct local elections in 2005, many political families have been trying to build regional political dynasties, such as the Choisyiahs in Banten, the Yasin Limpos in South Sulawesi, and the Sjachroedins in Lampung. Some of them have political lineage that extends to the New Order regime (1966–98), even though Suharto’s centralisation policy prevented direct transferal of power between family members.

So why do dynasties persist in Indonesia and the Philippines? A key factor is the weakness of political party systems. Political dynasties are the building blocks of Philippine politics. Major political parties such as the ruling Liberal Party, United Nationalist Alliance and Nacionalista Party merely exist through alliances forged among powerful political families. Party leaders and candidates for public office are recruited not through a rigid process of selection within political parties but through traditional kinship networks. Similarly, in Indonesia, political families can easily capture the structural organisation of a political party branch in the region or use money politics to get the party’s support. It is not surprising if the relative of an incumbent local official is chosen as a candidate of a political party despite a questionable track record.

But patronage does not fully explain the problem. In the Philippines, political clans even go as far as using private armies to intimidate or grievously cripple rival dynasties. There are still at least 85 private armed groups throughout the country. Although the use of private security forces in Indonesia is not as widespread as in the Philippines, in some regions such as Banten, parties have used jawara (martial arts experts) as a forceful instrument to get the support of voters.

The third reason is the prohibitive cost of running for public office. In the Philippines, affluent political families have access to mammoth political machines and government resources, giving them the upper hand in local and national polls. Similarly, during regional elections in Indonesia, incumbent officials often mobilise civil servants illegally and reward or punish local government officials based on partisanship, violating the country’s electoral laws.

And finally, in a nation where political pedigree is a crucial political asset, Filipinos tend to vote for ‘trusted brands’ — scions of well-known families. Philippine President Benigno Aquino’s clan, for example, has already produced two presidents and five senators since 1928.

Similarly, in Indonesia, the family of former President Megawati Soekarnoputri, daughter of the country’s first President Sukarno, remains a permanent fixture in national politics. At the local level, many Indonesian voters are still trapped in a ‘personalistic democracy’ mindset that invariably gives rise to ‘popular’ dynasties in some regions.

In these circumstances, reform is difficult. The Philippine Constitution officially bans political dynasties, but the Supreme Court has left it up to the Congress to pass a law to that effect. The bill has been effectively placed on the back burner due to lack of support from many legislators who belong to political families. The passage of the Political Party Reform Bill, which aims to strengthen political parties, is also uncertain. Meanwhile, government authorities have yet to dismantle all remaining private armies before the mid-term polls.

In Indonesia, the government-proposed anti-dynasty provision in the new Local Elections Bill is still being discussed. Some lawmakers have raised concerns about the proposal, claiming it would violate the right to run for public office and could be challenged in the Constitutional Court. In any case, the clause does not address fundamental reasons for the problems like weak party system and implementation of electoral laws. Political dynasties in Indonesia are not yet as ubiquitous as in the Philippines, so it is still possible for Indonesia to avoid the messy path taken by the Philippine democracy.  Neither anti-dynasty legislation nor the enhancement of the political party system will serve as a silver bullet to the proliferation of political clans. Voters should also scrutinise the platforms and track record of candidates, rather than their family names. Changing the mindset of the electorate will be the final step in reform.

Julius Cesar I. Trajano is a senior analyst and Yoes C. Kenawas is a research analyst at S. Rajaratnam School of International Studies (RSIS), Nanyang Technological University.
This article was first published as RSIS commentary 018/2013