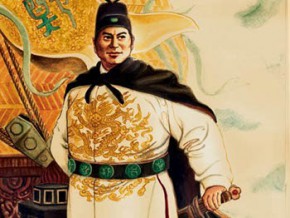 INTERNATIONAL CRISIS GROUP - NEW REPORT
China’s Central Asia Problem
Bishkek/Beijing/Brussels, 27 February 2013: China’s influence is growing rapidly in Central Asia at a time when the region is looking increasingly unstable.
China’s Central Asia Problem, the latest report from the International Crisis Group, examines Beijing’s strong relationship with its neighbours in that troubled region (Kazakhstan, Kyrgyzstan, Tajikistan, Turkmenistan and Uzbekistan). Already the dominant economic force in the region, it could soon become the pre-eminent external power there, overshadowing Russia and the U.S.
But the Central Asian republics are increasingly beset by domestic problems. They are also vulnerable to a potentially well-organised insurgent challenge. Jihadists currently fighting beside the Taliban may re-focus their interest on the region after the 2014 NATO withdrawal from Afghanistan. Many in Beijing are alarmed by the range of challenges Central Asia faces.
“China’s strategy seems to be the creation of close ties with Central Asia to reinforce economic development and stability, which it believes will insulate itself, including its Xinjiang Uighur Autonomous Region, as well as its neighbours from any negative consequence of NATO’s 2014 withdrawal from Afghanistan. It also hopes that economic development will counteract growing dissatisfaction with the political status quo in each country”, says Deirdre Tynan, Crisis Group’s Central Asia Project Director.
“The problem is that large parts of Central Asia look more insecure and unstable by the year. Afghanistan is a complicating factor, but many of Central Asia’s problems are the result of poor governance”, Tynan adds.
Since the collapse of the Soviet Union, China and its Central Asian neighbours have strengthened relations, initially on the economic front but increasingly on political and security matters as well. Central Asia’s socio-economic and political problems make it prone to turmoil and vulnerable to extremist organisations, both foreign and domestically generated. Instability or conflict in one or more of the Central Asian states would impact China, as its economic interests depend on a stable security landscape. China’s investments are exposed not only to potential security crises but also to political whims of autocrats and grassroots violence.
China is starting to take tentative political and security initiatives in the region, mostly through the Shanghai Cooperation Organisation (SCO). However, the SCO, which includes Russia as well as the five Central Asian states, has shown itself ineffective in times of unrest. Central Asia’s international partners, including Russia and China, must be wary of attempts by the region’s leaders to push their populations to the brink, be it through political repression, divisive nationalism or economic deprivation. To address these threats, Beijing and Moscow need to view each other with less suspicion.
“China’s business practices in the region are driving suspicions of its intentions to an all-time high”, says Stephanie Kleine-Ahlbrandt, Crisis Group’s China Adviser. “If Chinese economic expansionism continues to fail to deliver benefits to the working population and enriches only certain political families, this could contribute to regional instability”.