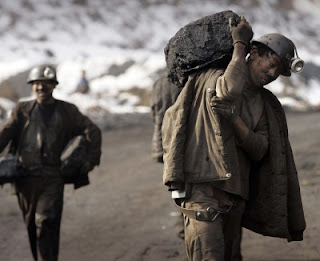 EAFQ: How important is access to raw materials for Asia’s economic outlook?

Mike Henry: Reliable supply of commodities remains an essential underpinning to continued economic development in Asia. Notwithstanding slowing GDP growth in China from double-digit levels to an average of around 7 or 8 per cent per annum, absolute growth of the Chinese economy in the decade ahead is still expected to be roughly twice that of the past 10 years. Elsewhere in Asia other developing economies are also expected to continue to climb the economic ladder. All of this economic activity will require substantial quantities of raw materials. Those commodities in greatest demand will shift as China progressively transitions from early-stage economic development to a middle-income economy, but in general annual demand for commodities is expected to grow by 50–80 per cent over the next decade and a half.

Mike Henry: The interests of both parties here are absolutely aligned. Those who need the raw materials will benefit from timely, reliable additions of new low-cost supply. Those on the supply side can be assured of capturing the opportunity only if they are able to expeditiously develop new supply capacity to fill the market need. These mutual interests will be best served with the provision of a transparent and reliable outlook for demand; transparent and efficient markets; and supply-side policies that facilitate the economics, speed and reliability necessary to develop and maintain projects.

New supply requires capital investment, and in some instances the size of the individual investments required are very large indeed. For companies making decisions to invest, and in turn for banks and shareholders funding those companies, the degree of certainty or confidence in the demand outlook is important. A narrower band of uncertainty equates to lower risk, and lower risk is likely to translate into more investment executed in a speedier fashion.

Those companies and nations who need raw materials can have an appreciable positive impact on this confidence firstly by fostering greater transparency in respect of their plans and outlook, and then by pursuing policies that enhance market confidence in the likelihood of their economic ambitions being achieved.

On the supply side of the equation, supply regions can both support regional resource security and, at the same time, maximise the potential for capturing a disproportionate share of the opportunity by taking those steps required to incentivise project development and ongoing operations. Companies look to not only the quality of the underlying resource but to things like the stability of the fiscal regime, the efficiency of the regulatory process and the degree to which other policies are likely to avoid an erosion of the region’s relative cost competitiveness over time. All other things being equal, those who do these things well will capture a disproportionate share of what is otherwise mobile capital and hence the economic opportunity, which will serve to support national prosperity.

EAFQ: How important are global market conditions to resource security and economic development?

Mike Henry: The long-term importance of having efficient markets underpinned by strong liquidity, transparent market clearing pricing and a strong culture of contract performance cannot be overstated. These conditions allow potential investors to formulate the most reliable possible outlook for the market pricing that will underpin their investments. Ultimately this will enhance the likelihood that new economic supply comes on in a timely fashion to meet market demand. From the perspective of those who need raw materials, markets being allowed to work in an efficient fashion should be looked to as the surest means of ensuring resource supply security in the coming decades.

EAFQ: How has the global market affected China’s conceptions of resource security?

Andrew Kennedy: China’s understanding of resource security is evolving. Since moving into the international market, China has tended to adopt unilateral and bilateral measures to enhance its energy security. There have been long-term contracts with major suppliers, efforts to build a national strategic petroleum reserve, investments in new naval capabilities and efforts to diversify its supplier portfolio. These are among a range of unilateral and bilateral measures. The next big task is to invest more in multilateral efforts and work with a range of countries, something China is still figuring out how to go about.

Moving in this direction, China has been in dialogue with the International Energy Agency (IEA), and clearly the IEA and the United States would like to see China become more involved in the organisation. But there is some hesitation on the part of China, for a number of reasons. To begin, the IEA’s member states are OECD countries. But more fundamentally there is a trust issue. China sees organisations like the IEA and also, to some degree, the international energy market as being traditionally dominated by the United States, and China worries about the implications of joining this framework, although it is now an active player in the market. Joining the IEA would require greater levels of transparency on China’s part, and it could also mean a loss of a measure of autonomy in the management of its growing strategic reserves.

EAFQ: How do you see India’s response to the same issues?

Andrew Kennedy: For a long time the IEA has been interested in engaging both China and India as increasingly important oil importers on the world stage. Both countries have been fairly careful about increasing their interaction with the IEA, but there’s been a breakthrough with India. In May 2012 India held an emergency response exercise with the IEA which they’ve never done before. This was an important step, and something China has never done, so it will be important to see if China replicates that.

EAFQ: Do the market institutions provide all the security for major resource consumers they need?

Peter Drysdale: Well-functioning international markets are the key to securing supplies for the major resource-consuming economies. The countries in Asia are peculiarly dependent on international supplies of strategic raw materials and energy. After the Second World War the great Atlantic Charter-inspired global institutions established a rules-based system within which countries deficient in natural resources, like almost all the countries in Asia, could trade their way out of poverty — exporting manufactures in exchange for reliable supplies of raw materials, without recourse to political adventurism. Energy and minerals are traded widely and freely in the world with extremely low barriers to trade. This means that there are ready supplies to large consumers from a number of highly reliable and efficient sources of supply. It also means that remarkably large volumes of materials are delivered to consumers around the world at a very much lower cost than they could be procured alternatively (if at all) from domestic sources. The GATT (now the WTO) was the foundation underpinning the development of large, deep markets in commodities.

Of course, the rules are still not perfect. And there is asymmetry in the rules. There are more effective rules governing market access for manufactured goods than for agricultural goods. And there are more effective disciplines on importers than there are on exporters. Import tariffs and other controls have been negotiated down; intervention on the export side is subject to less discipline. That means that the multilateral system protects exporters of commodities better than it protects importers of commodities against policy disruption of supplies.

For example, Australia is the largest supplier of many strategic raw materials and energy to Asia (notably to Japan, Korea and now China). Australia’s resource trade relationship with Asia also has strategic importance to both sides. Australia supplies over 50 per cent of Northeast Asia’s strategic raw materials, and is a crucial element in the region’s economic security. Asia is heavily dependent on external suppliers for strategic raw materials, including energy, and Australia is the single biggest supplier of resources to the region. Australia has treaty arrangements with Japan, for example, that guarantee reliability of resource supply based on market principles, and it provides de facto assurances of the same nature to its other major customers.

Reliable Australian resource supply to Asia is a crucial element in Asia’s security; it is a role that is immensely important to the security of the region and one of huge responsibility.

The relationship is also a critical element in Australia’s prosperity and political security. Australia’s economic relationship with Asia can, from this perspective, be viewed as a grand contract between Australia and the region — Japan first, then Korea, now China and next India — in the form of the reliable supply of strategic resources and energy commodities in return for stable political relations with the region. This is a fundamental dimension to keep in mind when thinking about Australia’s economic relations with Asia.