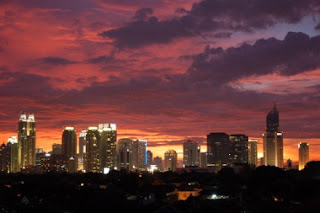 Indonesia has made a remarkable economic comeback. Yet, its amazing growth is neither sustainable nor inclusive

A few years ago, I was sitting in a swanky bar in South Jakarta popular with expats and Indonesian bureaucrats, sipping red wine for $25 a glass. During a discussion about the state of affairs in the country, my reference to Indonesia as a “Third World” country triggered an angry reaction by an Indonesian diplomat working for the Ministry of Trade. “Indonesia is no longer a poor country,” she rebutted, quoting various studies that placed Indonesia firmly in the group of emerging economies and went on to argue that the “I” in BRIC should belong to Indonesia rather than India. The acronym MIST to describe the next tier of large emerging economies had not yet been coined at the time.

Indeed, Indonesia has made a remarkable comeback from being Southeast Asia’s economic basket case in 1998 to an emerging market whose economy has been growing annually at more than 5 percent for several years. In reaction, analysts and journalists alike have been outdoing one another with positive assessments of Indonesia’s economic growth trajectory. The writing frenzy recently culminated in an article published in The Guardian, a UK daily, which claimed that Indonesia’s economy may surpass England and Germany in a few years.  “It’s like people don’t want to hear anything else,” a foreign journalist based in Jakarta whom I had sent the article told me afterwards, lamenting how she finds it increasingly difficult to pitch stories to newspaper editors that cast doubt on Indonesia’s economic miracle.

Yet, Indonesia’s economic growth is neither sustainable nor inclusive.

An inconvenient fact is that Indonesia’s economic growth is mainly driven by a commodity boom fuelled by China’s appetite for raw materials and global demand for biofuels. China’s enterprises are building bullet trains while Indian car- and IT-companies compete around the world. Indonesia, all the while, manufactures…essentially nothing. Most international manufacturing companies have moved on to greener pastures a long time ago while domestic companies are unable to compete internationally with the exception of a few conglomerates run by crony capitalists from the New Order period.

The other main driver of Indonesia’s economic growth is domestic consumption. This is mostly driven by easy access to credit cards. Since the mid-2000s banks have been successful in convincing Indonesians, much like their American counterparts, to buy stuff they don’t need, with money they don’t have to impress people they don’t know. The amount of credit cards in circulation, which have increased 7 to 8 percent annually, reached such staggering heights in recent years that Bank Indonesia had to introduce new guidelines last year to limit the number of credit cards a single person is allowed to hold. The same guidelines also stipulated that Indonesians earning less than U.S.$330 a month should no longer receive credit cards.

Michael Buehler for The Diplomat