Commentary: Getting Politicians the Psychiatric Help They Need 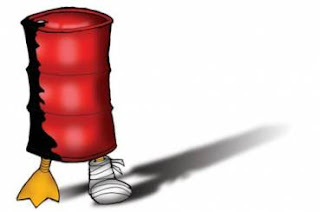 Years ago, when Yasser Arafat was “taken hostage” by the Israeli defense forces’ containment policy that prevented him from leaving Ramallah, thousands of miles away there were huge demonstrations supporting him, though the Palestinian leader did not know who the protesters were.

Angry Muslims, waving banners of the Prosperous Justice Party (PKS), brought traffic to a standstill as they poured into Jalan Sisingamangaraja in South Jakarta and marched along Jalan Sudirman, to Jalan Thamrin, and then on toward the US Embassy in Central Jakarta.

They wanted to pressure and punish America for what Israel had done. Albeit being caught in the heavy traffic for more than two hours that day, I had thought I should support these protesters because they were “the fighters of justice and truth,” as one of their banners claimed.

Since then, I have developed some degree of respect for what PKS did because their struggle was based on their religious convictions.

That catch phrase — “the fighters of justice and truth” — was what came first to my mind upon hearing that the party’s president, Luthfi Hasan Ishaaq, had been named a suspect by the Corruption Eradication Commission (KPK) in a meat import bribery case.

That was also the phrase that reverberated on Friday afternoon upon hearing another wonderful catchphrase introduced by the new chairman of PKS, Anis Matta. He said that the time had come for “a movement of national repentance.”

I personally like this new catchphrase. For me, it is a simple recognition that so much has gone wrong that it is now time to make a U-turn. But will it be revealed as more nonsense?

A few days earlier I had received compliments from Hazim Mulic, a noted professor of psychiatry in Croatia, for my analysis in the Jakarta Globe about the discrepancy between political democracy and economic democracy. In his e-mail to me, Mulic discussed “political psychiatry.”

This new branch of psychology must be taught in Indonesia to make sure that politicians are free from mental disorders.

These problems cause people to lose sight of their values and moral principles. This is why being caught committing a crime is not regarded as a mistake or something to be ashamed of. Look at the faces of the public figures that come out of the KPK offices. Every single one of them smiles broadly for the camera, proclaiming their innocence, without the slightest trace of embarrassment or shame.

In the lexicon of political psychiatry, almost all the politicians in this country could be diagnosed as insane. Even Marzuki Alie, speaker of the House of Representatives, said that “at least 70 percent of the lawmakers are carriers of disasters.” Opinion polls categorize political parties as the least trusted institutions in society, followed by the House and the judiciary.

Against that backdrop, I was not surprised when I heard that PKS politicians were pointing fingers at what they called “Zionist elements” who they assumed had “a grand strategy” to weaken and disband the party. Israel does not even know anything about the Indonesian party, and yet it is being held responsible for the bribery case that involved Luthfi? What kind of bizarre science can explain this?

But the new PKS chairman insists such a conspiracy exists.

“It is something we can feel but we cannot prove because it is conspiracy,” he said on Friday.

Ulil Abshar Abdalla, from the Liberal Islam Network, has rejected such speculation as shamelessly groundless.

“Don’t be so hasty to use the term Zionist. What do you mean? PKS often uses this terminology but that is not good. Why should PKS be so reactive?” Ulil said.

He argued that it was more honorable to quit one’s position, like former Youth and Sport Minister Andi Mallarangeng did when he was implicated in a corruption case, rather than fabricating some ridiculous story about Israel or Zionist elements in a manipulative attempt to defend Luthfi.

Komaruddin Hidayat, the rector of the State Islamic University, had a similar critique. “Look inside and introspect. Do not develop the habit of finding fault with the Jews when in fact you yourself are the source of the problem,” he said.

“It is not good to always blame the Jews. What logic is that? Next time when somebody steals your chicken, would you also put the blame on the Jews?” he asked.

Anti-Jewish sentiment runs high in our society today despite the rhetoric of reform and openness. But the finger-pointing attitude in the aftermath of the PKS president’s indictment is more hard evidence of politico-religious hypocrisy.

“The party is finished,” a senior political expert told me on Friday. “They claimed to be a clean party based on religious teaching; they claimed to be the role models of integrity, justice and truth, but now the public is seeing totally the opposite reality.”

Croatian professor Mulic is right. In order to avoid this dangerous, damaging kind of behavior among our elected officials, candidates must be made to pass a political psychiatric test to gauge their fitness and integrity for the job.

The worst danger in the world is giving mentally disturbed people the power to write laws and implement public policies.

For Indonesia’s sake, we should propose that by law, all political parties send their prospective legislative and executive candidates for a battery of political psychiatry tests before they are allowed to be nominated for any public office. But then again, who would write such a law, and who would vote for it? Our respected lawmakers? What a world.

Here’s one solution: Amend the Constitution to include stipulations that laws affecting the behavior and interests of lawmakers are to be written not by the lawmakers themselves, but by academic and independent experts.

And about this cowardly habit of pointing fingers at “Zionist Israel”? Send the aggrieved patients for psychiatric therapy so that they can be educated to see how primitive and uncivilized their behavior has been so far.

Pitan Daslani is the director of the Managing the Nation Institute based in Jakarta.